OUT OF MIND » BREAKING NEWS & HOT TOPICS » THE GREAT DIE OFF » “If I take the vaccine, I will be a superhero!”

“If I take the vaccine, I will be a superhero!” 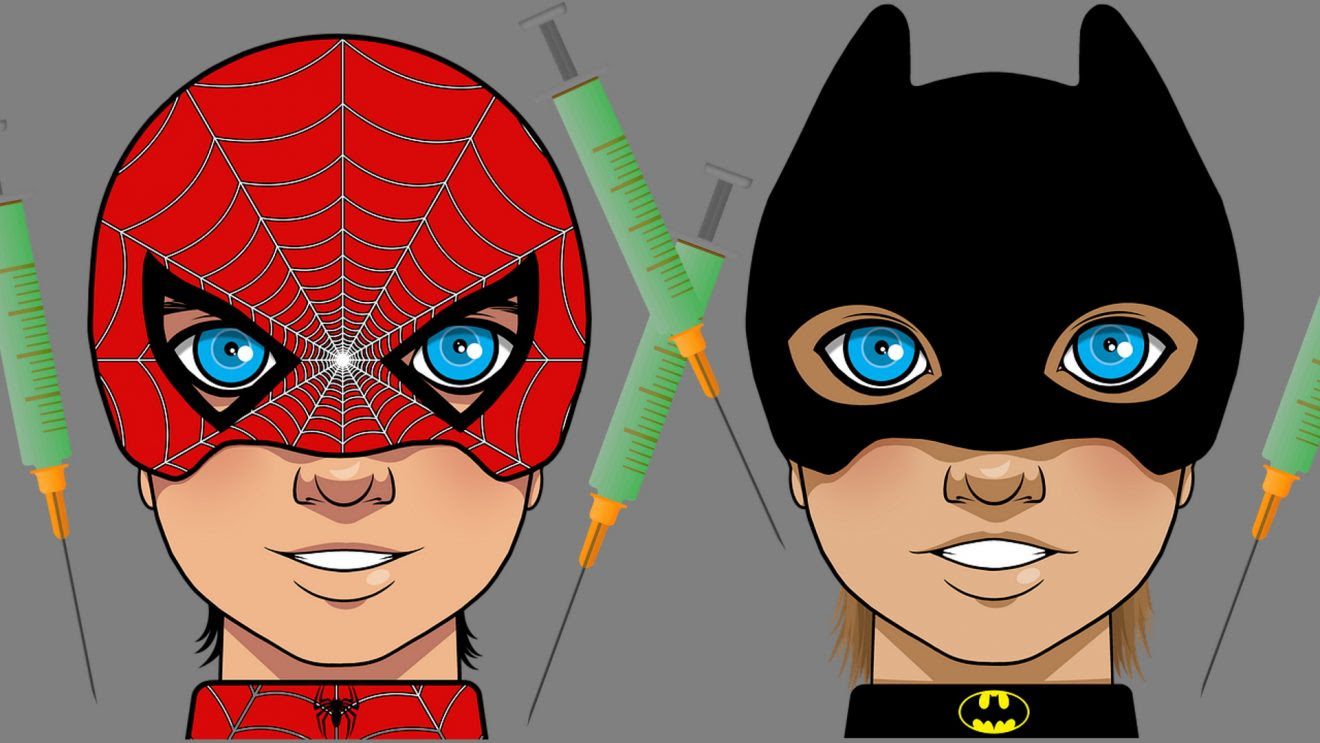 Creepy Pfizer Ad Tells Kids They Are “Superheroes” for Taking Jab, Ignores Injuries of Others
by Matt Agorist, The Free Thought Project
November 3. 2021

The multi-billion dollar pharma giant with an incredibly tainted past, who has seen exponential profits during the pandemic as a result of taxpayers being forced to pay for the jab, has also enjoyed billions in taxpayer dollars to advertise said jab. The windfall of profits realized from vaccinating adults quickly turned the company’s sights to children as their customer base waned. Despite children facing a near zero chance of dying from COVID-19, the FDA jumped on board and quickly approved Pfizer’s mRNA vaccine for children ages 5-11.
After spending billions in taxpayer funded advertisements to convince adults to take the jab, Pfizer launched a new ad this week, which seemingly targets their new customer base — children. The company held back nothing and referred to children who got the vaccine as part of the experiment as “superheroes” with “superpowers”

“Superheroes come in all sizes

Watch as real kids express thanks to their superheroes; the 5-11 year old #Covid19 vaccine clinical trial volunteers. We’re incredibly grateful to the trial participants and their families

Watch the creepy video below:

Sadly, the kids in the video above are not heroes. None of them are of the age to consent to take a jab and they were all offered up to the pharma giant as guinea pigs by their parents.
While this ad is specifically referring to the kids whose parents allowed them to be guinea pigs as “superheroes,” the underlying tone is meant to appeal to all children.

“If I take the vaccine, I will be a superhero!”

Naturally, this ad is not very appealing to many who have a family member or friend who has suffered an adverse reaction to the jab. As a result, the dislikes on the video have already surpassed the likes and are climbing fast.
It is important to point out that the overwhelming majority of folks who get vaccinated have little to no side effect. However, to say it carries no risk and to censor those who point out those risks is highly unethical at best and downright insidious at worst.
As TFTP reported, this push to vaccinate children is in spite of the fact that children face a near-zero threat from the virus. What’s more, as Americans are quickly learning, the vaccine loses efficacy over time leading to a large number of breakthrough cases which the Centers for Disease Control can no longer sweep under the rug.
On top of breakthrough cases, there has been a record number of adverse reactions reported to the CDC and many of them include children. One of those children — who participated in the Pfizer trial and is a “superhero” according to the ad above — is Maddie de Garay, who received the Pfizer vaccine when she was 12. She is now is in a wheelchair.
Like Pfizer, Maddie’s family made an advertisement to tell her story about her experience with the vaccine. Unlike, Pfizer, however, Maddie’s ad is and has been actively censored on YouTube. What’s more, Comcast pulled the ad last week as it was slated to run before the FDA’s Vaccines and Related Biological Products Advisory Committee met to discuss COVID-19 vaccines for children.

Another one of these “superheroes” who has been censored into oblivion is Ernesto Ramirez Jr. who was one of hundreds of children like Maddie who took the jab early on. Sadly, however, unlike Maddie, he did not survive and five days after the shot, according to his father, Ernesto dropped dead.
“I kept hearing more advertisements about how it was safe for the teenagers, so I said ‘OK,’” Ernesto’s father, Ernesto Ramirez told Fox 26 Houston journalist Ivory Hecker earlier this year. “Two or three weeks later the CDC started announcing children were having enlarged hearts.”
“A typical heart for a boy this age would be less than 250 grams,” said Dr. Peter McCullough, a Dallas physician featured in Hecker’s video. “In this case it was more than 500 grams.”
Ramirez tried to raise money for his deceased son’s funeral but because he claimed the jab killed his son, GoFundMe deleted it.

OUT OF MIND » BREAKING NEWS & HOT TOPICS » THE GREAT DIE OFF » “If I take the vaccine, I will be a superhero!”