The Most Dangerous Technology Ever Invented — Part Three 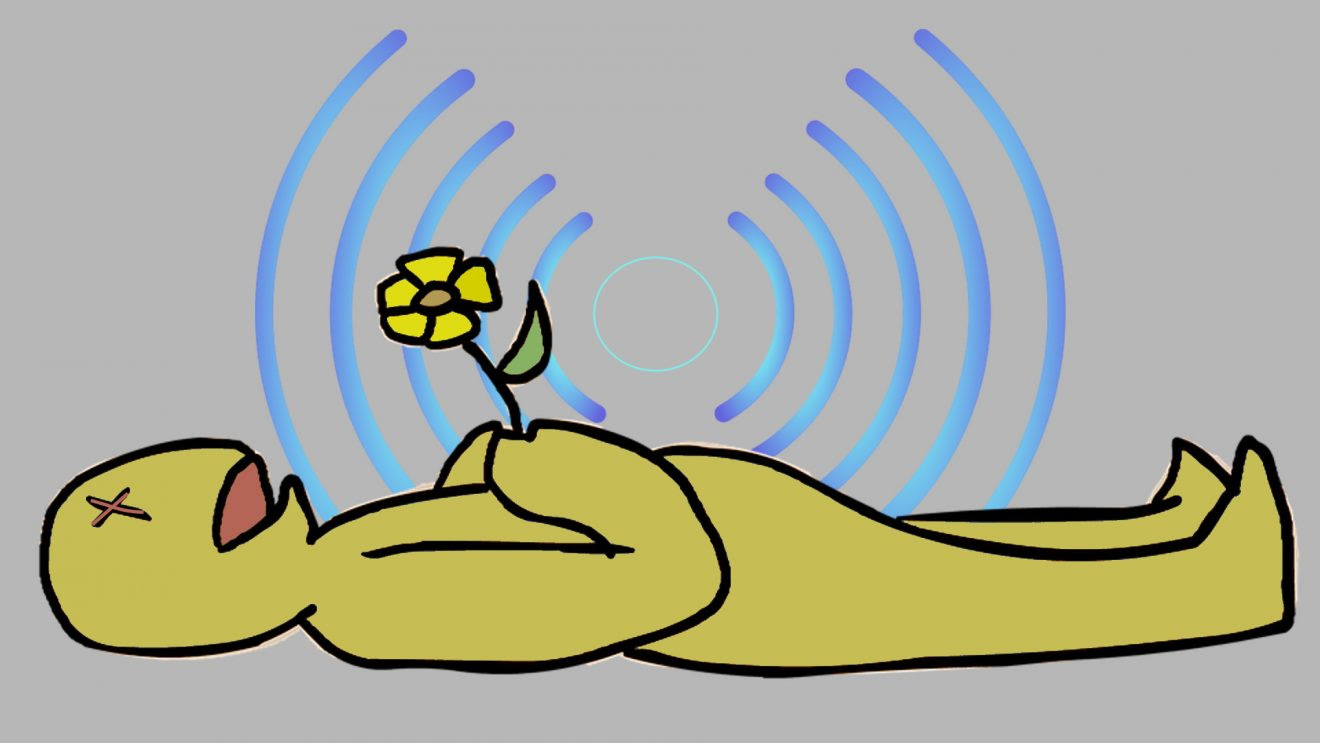 The Most Dangerous Technology Ever Invented — Part Three

On the day digital cell phone service began in New York City, I was away from home at a three-day law conference. The day I returned home I became dizzy. Within a few days I was also nauseous and I had uncontrollable tremors. I had the first asthma attack of my life. My eyeballs felt like they were bulging out, my lips felt dry, fat and puffy, I felt pressure in my chest, and the bottoms of my feet hurt. I became so weak I couldn’t lift a book. My skin became so sensitive I couldn’t bear to be touched and I could hardly stand to wear my clothes. My head was roaring like a freight train. After the fourth day I could not sleep or eat. During the sixth night my larynx went into spasm three times. Each time that happened I couldn’t draw a breath in or out and I thought I was going to die. I left home the next morning, never to return.
This did not happen only to me, or only to a few people. Beginning November 14, 1996, the day Omnipoint Communications turned on all those cell towers, hundreds of thousands of New Yorkers became suddenly ill. Many thought they were having a heart attack, a stroke or a nervous breakdown. The Health Department called it an influenza epidemic, and it lasted until the following May. They did not stop to wonder why it hit only New York and not any nearby cities at that time. Weekly mortality statistics from the Centers for Disease Control revealed a 17 percent rise in mortality in the city beginning the week of November 17, lasting 11 weeks, that killed 2,300 people.
The epidemic did not hit Boston until the following year, when Sprint began service there on November 12, 1997. Mortality spiked by 15.5% for 16 weeks. It hit San Diego when Pacific Bell began service there on November 1, 1996, lasted for 17 weeks, and raised mortality by 14.5%. It did not hit nearby Los Angeles until the following summer, when Pacific Bell began service there on July 3, 1997, and mortality rose by 30% for the next 15 weeks. It hit Philadelphia in the spring, when Sprint began service there on April 3, 1997, and Detroit in the fall, when Sprint began service there on October 15, 1997. It hit Jacksonville, Florida the previous fall, when Powertel began service there on October 15, 1996. It hit Chicago, Milwaukee, Austin, San Antonio, Fort Worth, Houston, Atlanta, Fresno, Spokane, Portland, Sacramento, Charlotte, and Tulsa, beginning in each city on the day digital cell phone service became available in that city.
I learned, in 1996, that power levels do not matter. After microwave radiation had nearly killed me in Brooklyn after only six days of exposure, I was sure the radiation levels must be sky high, and I hired a professional engineer, Stuart Maurer, to go to my house with his spectrum analyzer to measure the radiation. I came down for the day from my motel room in upstate New York to watch him. To my astonishment, the highest level he measured, anywhere in my house, was 0.0001 microwatts per square centimeter. Clearly I still had a lot to learn about microwave radiation, and many things I thought I knew were wrong.
The same thing is happening now with 5G, only this time instead of blaming an influenza virus, society is blaming a coronavirus. And this time, it is happening everywhere at once instead of one city at a time. On October 13, 2020, Verizon issued a press release announcing the availability of its 5G network throughout the United States, and on the same day Apple issued a press release announcing the launch of its 5G phone, the iPhone 12. The iPhone 12 and 12 Pro were available in stores October 23, and the iPhone Mini and Max were available in early November. And in every state except two, mortality began to suddenly rise the week of October 24 or soon after, and not later than the week of November 21. The two exceptions were Wisconsin, where the mortality spike began the week of October 17, and Hawaii, which did not have a significant rise in deaths last winter. Nationally, mortality rose an average of 25% for 20 weeks, and 300,000 people died.
It is happening everywhere at once also to birds, insects, wildlife, and plant life. A correspondent in Knoxville, Tennessee wrote to me last week:

“These past couple of months I’ve noticed 5 bumblebees now on our flowers that have appeared paralyzed to me. We unfortunately have Verizon’s 5G Ultra Wideband very close to our home, which is only available outside, and I think they are being impacted by that. We brought 4 of them into our house, each at different times, and 3 of the 4 revived within about 5 minutes, so I then released them back outside. The 4th one took a little over an hour to revive before it was able to fly off.”

Another observer, in East Dover, Vermont, wrote, a couple of days ago:

“We grow 3 acres of blackcurrants, 200 blueberry bushes (11 varieties) and a smattering of other novelty berry plants. Our small farm is certified organic with 8 open acres certified (only 3 planted) and the remainder of the 31 acres is wooded. The blackcurrants are early bloomers and our 4 varieties all bloom within a few days of each other. There are so many different pollinating insects that come to the fields including a certain type of bumblebee with a red middle. It is wondrous to see and hear all the different shaped insects noisily working away.
“This spring, as I walked down the rows and admired all the blossoms in the front field, I suddenly stopped because it was almost completely quiet. There were two bumblebees among the 2,225 blackcurrant bushes and their buzzing was so noticeable because everything was so silent. When I mentioned this to a fifth generation apple farmer, he said that not only were there no pollinators this year, the timing of everything was off. For example, his asparagus was two weeks early (ours was, too). Compared with 2020, our blackcurrant blooming times were 2 weeks early this year. It was a cold spring but I would think that would delay blooming. So that is another reason the insects weren’t around yet. Two weeks is a huge amount of time! The blueberries were also generally early and the usual succession of blooms through the varieties was altered.
“The next day, I raced over to Forever Wild, a honeybee farmer, and secured a pallet of four hives. It was too cold for them to fly so they stayed in their hives in the middle of a gorgeous bloom of blackcurrants. Apparently, bumblebees will fly when it is in low 50s but honeybees need it to be at least 59 degrees. The honeybee farmer said they pollinate one quarter of the whole state (Vermont) and that all the guys up north (mostly apples) were talking about the same thing — no pollinators and specifically no bumblebees.
“Another curiosity this year was the fact that we had very few Japanese beetles. This could be because it was an extremely wet year but it is interesting to note that the beetles and bumblebees both winter underground. Also, when I visited my parents in September in Concord, MA, my mother pointed out how all the oaks had dark spots on them. All our tree leaves have the same spots here in southern Vermont and especially on the beech and quaking aspens. I planted our first berry plants in 2014 so I don’t have a vast wealth of personal experience owning and running a farm but I hope to continue my observations and plan on recreating that experiment with aluminum screening that Katie Haggerty did except with blackcurrants.”

A naturalist in Greece, Diana Kordas, wrote a detailed report in October from the island of Samos in the eastern Mediterranean:

_____________
Those of you who remember car windshields splattered with insects, gardens ablaze with butterflies and abuzz with bees, loud choruses of crickets on land, and of frogs in ponds, and thick flocks of songbirds singing their joy at life, will understand what I am about to say. Cell phones are not here to stay. Whether people will willingly give them up is another question.
If people will willingly give up cell phones, the sudden and dramatic improvement in everyone’s health and sense of well-being, and the return of all our lost and disappearing cousin species who are still trying to share the Earth with us, will restore hope to the human species and catalyze other changes that will suddenly become possible, most importantly the ending of the mining and use of fossil fuels, which are converting the oxygen in our air to carbon dioxide, acidifying our oceans, polluting our rivers, lakes, streams and groundwater, and filling oceans, land, atmosphere, and ourselves with particles of plastic.
If people do not willing give up cell phones, then our planet does not have long to live, and cell phones will die with the Earth. In either case, they are not here to stay. Please join me in working toward the restoration of our home. If you have not yet signed it, sign the International Appeal to Stop 5G on Earth and in Space. If your organization has consultation status at the United Nations and has the ability to formally submit this Appeal to the U.N., get in touch with me. If your organization opposes 5G and you have not yet done so, contact me at info@cellphonetaskforce.org about signing the amicus brief supporting our case in the Supreme Court. Please download, save, and distribute Part I, Part II and Part III of this series. If you still own or use a cell phone, please throw it away, now, and if you do not have a landline, get one.


See PDF for contact information
The Most Dangerous Technology Ever Invented
Part One & Two here: