Source: Kelen McBreen
Star quarterback for the NFL’s Green Bay Packers, Aaron Rodgers, finally broke his silence after it was revealed earlier this week that he tested positive for Covid and has not been vaccinated.
Rodgers, who previously told the media he’s “been immunized” against Covid, caught flack from the establishment who claimed he “lied.”
However, the 2020 league MVP did not lie as the definition of immunized is to “make (a person or animal) immune to infection.”
Appearing on The Pat McAfee Show on Friday, Rodgers clarified that he is allergic to an ingredient in the mRNA Covid vaccines and was actually following federal guidelines by foregoing the jab.
“I have an allergy to an ingredient that is in the mRNA vaccines. So, on the CDC’s own website it says, ‘should you have an allergy to any of these ingredients you should not get one of the mRNA vaccines.’ So those two were out already,” Rodgers said. “My only other option was the Johnson & Johnson. At this time, in the early spring, I had heard of multiple people who had adverse side effects around getting the J&J. No deaths or anything, but just some really difficult times.”

"I'm not an anti-vaxx, flat-earther.. I have an allergy to an ingredient that's in the mRNA vaccines. I found a long term immunization protocol to protect myself & I'm very proud of the research that went into that" ~@AaronRodgers12 #PatMcAfeeShowLIVE 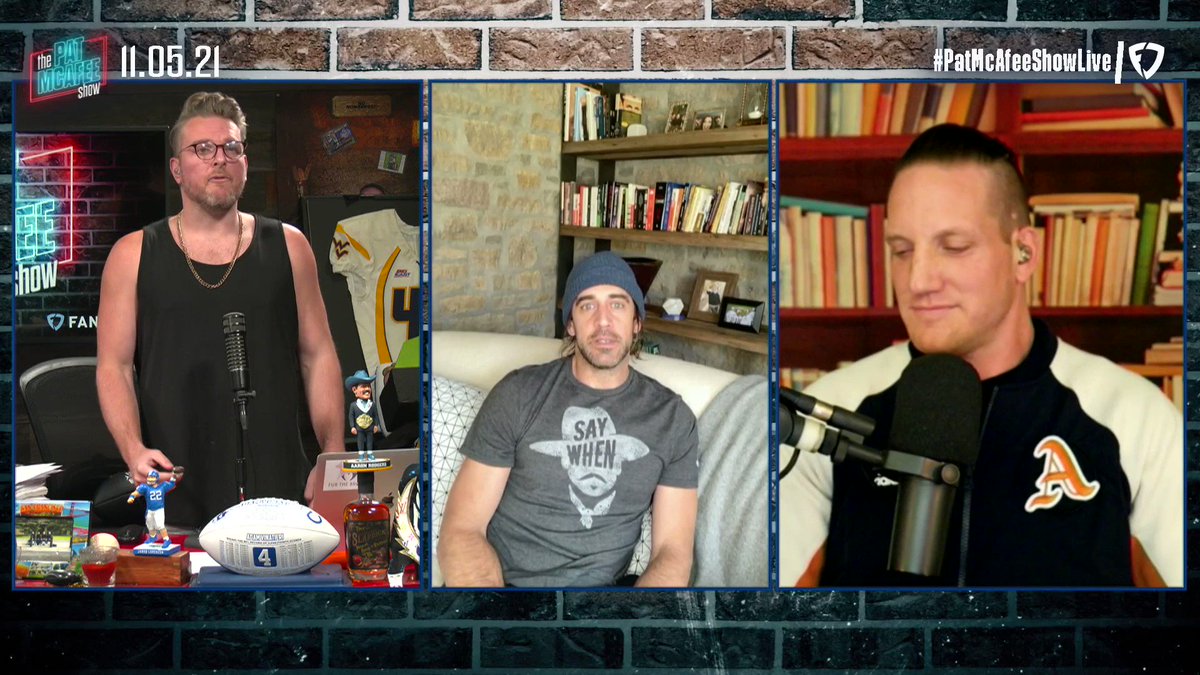 “I realize I’m in the crosshairs of the woke mob right now, so before my final nail gets put in my cancel culture casket, I think I’d like to set the record straight on so many of the blatant lies that are out there about myself right now,” he said.
Advertisements
Report this ad
The Packers signal-caller continued, “I’m not an anti-vax, flat-earther. I have an allergy to an ingredient that’s in the mRNA vaccines. I found a long-term immunization protocol to protect myself and I’m very proud of the research that went into that.”
A-Rod even called out the pharmaceutical companies behind the vaccines, noting they’ve been involved in criminal activity as shown in previous fraud cases.
Several sports outlets wondered if Rodgers should be fined or suspended for violating league Covid protocols, but the future Hall of Famer said the NFL was fully aware of his vaccination status.
Because he is unvaccinated, Aaron was forced to submit to what he called “draconian measures and protocols which in my opinion were not based on science, but were more based in a shame-based environment to try and get as many guys to get vaccinated as possible so the league looks better to the rest of the world.”
At one point, Rodgers highlighted the fact that Democrat politicians warned against the vaccine while it was being developed under the Trump administration, asking, “What happened? Biden wins and everything flips. Shouldn’t that give you a little bit of pause?… Isn’t this about health, not politics?”

AARON RODGERS: "When Trump in 2020 was championing these vaccines, what did the left say? Don't trust the vaccine. Don't get the vaccine... What happened? Biden wins and everything flips. Shouldn't that give you a little bit of pause?... Isn't this about health, not politics?" 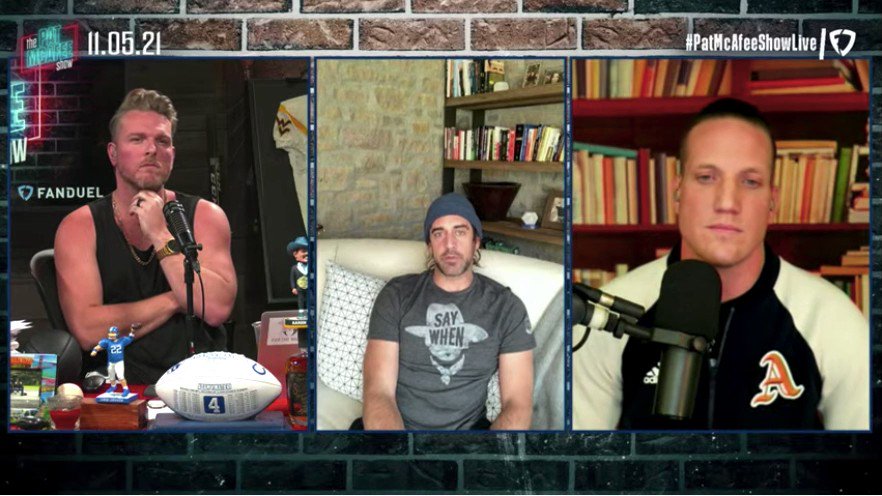 After testing positive for Covid earlier this week, Rodgers said he contacted top podcast host Joe Rogan to learn more about how he successfully treated his case of Covid.
“I consulted with a now-good friend of mine, Joe Rogan, after he got COVID-19, and I’ve been doing a lot of the stuff that he recommended in his podcasts and on the phone to me.”
Rogan famously used a “kitchen sink” of drugs like ivermectin, hydroxychloroquine, monoclonal antibodies, and supplements like zinc, vitamins C and D.
Rodgers is allegedly following a similar protocol, and confirmed he currently feels “incredible” after 48-hours on the regimen.
“I’m gonna have the best immunity possible now based on the 2.5 million person study from Israel that the people who get Covid and recover have the most robust immunity,” Aaron told McAfee.
Advertisements
Report this ad
He concluded the interview by telling viewers, “I’m thankful for people like Joe stepping up and using their voice, I’m thankful for my medical squad and I’m thankful for all the love and support I’ve gotten.” 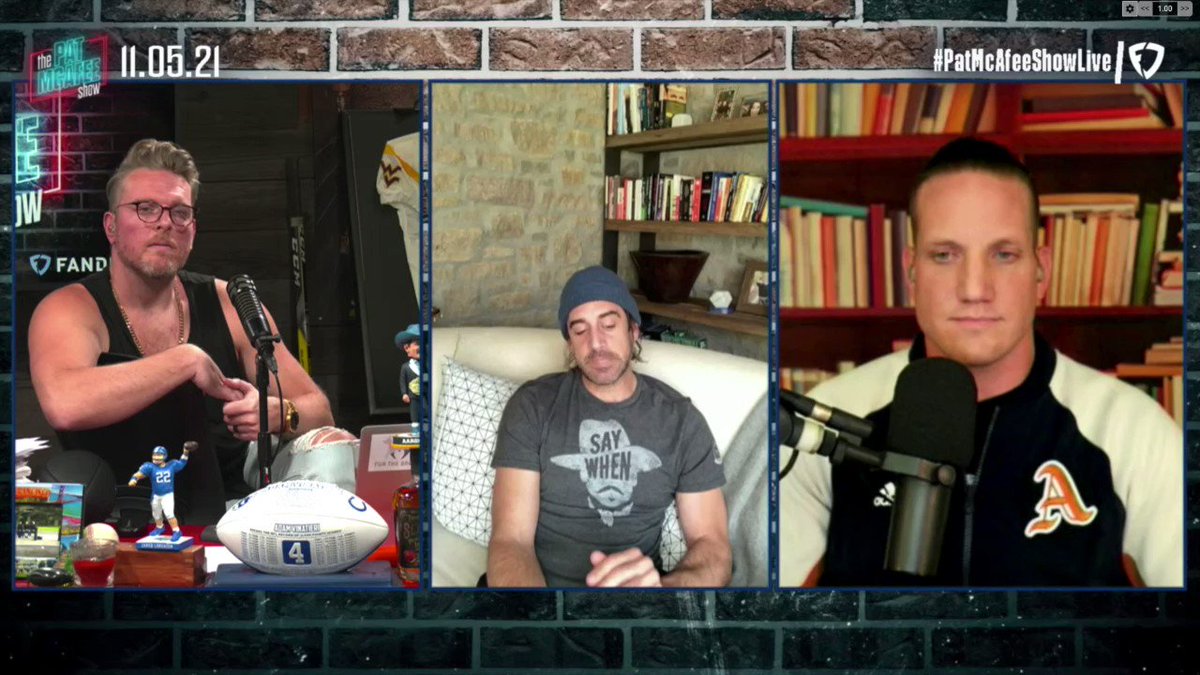 Blue Check Marks on Twitter predictably rushed to mock the free-thinking football player’s views.
The reaction from the haters proved Rodgers right concerning the “woke mob” coming after him.

» Browns Lose Three ‘Fully Vaccinated’ Running Backs to Covid-19 This Week. But, But, But Aaron Rodgers!
» Aaron Rodgers: Science That ‘Can’t Be Questioned’ Is ‘Propaganda’
» ‘How do you even trust them?’: Aaron Rodgers fires back at Biden after president orders QB to ‘get vaxxed’
» What Is Woke Culture?
» A Tale of Two COVID Treatments