Mind Control and Child Abuse in Our World


Mind Control and Child Abuse in Our World 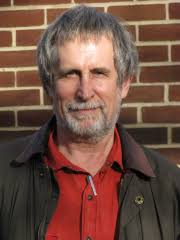 I have been aware of the conversation about the scale of paedophilia
in the world for a long time, along with references to mind control;
however, it was the re-emergence of the abuses of children in Wales a
couple of months ago http://www.guardian.co.uk/society/2012/nov/09/wales-child-abuse-scandal-more-claims , and references to the documentation of this by David Icke in his book “The Biggest Secret” back in the late ‘90’s that began my journey into examining this.

As I began to peel this onion, I became aware of the global trade in
kidnapped children, where reportedly millions – yes, millions – of
children disappear each year across the globe. How could this be, and
for what purpose?

David published his book “The Biggest Secret”
in 1999, so this is not new news. He also exposes much, much more than
this, which I will comment further upon shortly. Part of this was his
exposure of the use of mind control and its purposes, for covert
military purposes but more importantly the ritualistic use and abuse by
the Illuminati. This also happens to be the same rabbit hole that the
missing children disappear down, as result of satanic and ritualistic
sacrifice and abuse, on a scale that you and I would find unimaginable.

Then came the “lone gunman” execution of teachers and children last
week in Sandy Hook, Connecticut, and I watched as the usual media spin
went into action to package this in the way they usually do, so the
truth is so completely buried, so that “Joe Average” has no chance of
ever finding it. This triggered me to look more deeply.

As so often happens for me, the pieces came forward into my awareness. The first was a mention of Cathy O’Brien.
Cathy was discussed in detail in Icke’s book as an example of someone
who was abused from birth, so her mind would be compartmentalised for
the purpose of mind control and enslavement. Cathy was fortunate to be
rescued by Mark Phillips in the 80’s, and introduces her story on this
video https://www.youtube.com/watch?v=hPAHBaQfBs4
. There are many other videos of Cathy on YouTube that you can readily
search for. One of the outcomes of the programming is an over 40 times
increase in visual acuity and a photographic memory, and she has shared
a great deal about her experiences, and sufficient details of her
abusers for prosecution in her books Trance: Formation of America and Access Denied: For Reasons of National Security .

In examining the material on Cathy’s story, I also became aware of
YouTube material on Arizona Wilder, another woman abused from birth,
indeed bred for her ritualistic role as a “Mother Goddess” in satanic
and reptilian rituals around the world – yes, reptilian. At the time
that Icke wrote “The Biggest Secret”, he filmed an interview with her. That interview has been recently released on YouTube and can be found at https://www.youtube.com/watch?v=Byw4XRSnIAc
. Apart from the amazing revelations in this interview – and much of
what Arizona speaks of was corroborated before the interview was done –
there are some very strong correlations between the evidence from Cathy
O’Brien of the powerful satanic forces behind those that have been in
power in the US, going at least as far back as Lyndon Johnson, and up to
and including the time of George W Bush. Moreover, the information
given regarding the British royal family by Arizona is independently
corroborated in Icke’s book by Christine Fitzgerald, who he describes as
“a brilliant and gifted healer, who was a close friend and confidant
(Princess) Diana for nine years” (p 457). Again, there are many other
videos of Arizona on YouTube.

A criticism of David Icke’s work that I have had is that he gives no
place for the secret societies of the light, and I could never
understand why he saw all of human history from this very dark
perspective. In watching his interview with Arizona Wilder, I began to
understand why. It has been obvious to me that those of the dark have
overtaken the institutions of the light throughout recorded human
history; e.g. the Knights Templar, the role of royalty, and how
teachings of great spiritual beings such as Jeshua, Mohammed, Moses and
Buddha to name a few have been usurped by an emerging priest class and
turned into a religion for the control and manipulation of humanity,
just as it happened in ancient Egypt and indeed Atlantis itself. I had
not realised the extent of this until watching the Arizona Wilder
interview, where satanic rituals utilise the energetic gateways of the
solstice and equinoxes and other powerful alignments for their
ritualistic activities, and play out their version of the
Isis/Osiris/Horus story in their satanic, sacrificial rituals. Given
this, it is no surprise to me that David has no visibility of the light
beings that fulfilled the original roles that became these myths and
legends.

Why am I telling you all of this?

As you listen to Arizona’s testimonial, she describes how she was programmed by Dr. Josef Mengele,
known as the “Angel of Death” for his experiments on Auschwitz
prisoners during WWII, and it was his death in the ‘80’s that led to her
programming beginning to unravel. How could all this be???

This is the piece that we all need to understand. Many of you are aware of Project or Operation Paperclip,
which reportedly was bringing key German scientists to America after
the war, so that their rocket expertise could be harvested by the United
States, and indeed the foundations of NASA came from these scientists.
The war history of many of these was erased so that they could be
brought into the country. What has not been acknowledged is that Project
Paperclip also brought Josef Mengele and his cohorts to the United
States, where according to Arizona he was known as Dr Green or Dr
Greenbaum, and where he continued his demonic work. Yes, there was a
cover story that he went to South America, created to hide his ongoing
activities, but don’t be distracted by it.

How could it be that Mengele was brought to the United States and continued his work?

If you reflect upon this for a moment, you will begin to see the
threads that underpin so much that has gone on in our world over the
centuries. A question that I had some years ago was how did Hitler
manage to build such an amazing and expensive war machine when Germany
was effectively bankrupt when he came to power? As the saying goes,
follow the money. Moreover, it is now well recognised that the Nazis
were deeply involved in the occult. The gears really start to engage
when you understand that Hitler’s father was the illegitimate son of
Salomon Mayer Rothschild of Vienna, the mother having been a servant
girl in his house. One of the things you will see coming forth in these
families is their preoccupation with bloodlines. Illegitimate or not,
Hitler carried the Rothschild bloodline.

As you follow these threads, it becomes very clear how these key
satanic, reptilian families have driven the agenda on Earth for
centuries at the very least, and for them it was simply natural that the
work that had begun in Germany and those who conducted it would be
given safe passage to the next safe place to conduct it – the United
States; especially since the forces were well in place in the US to
protect and support this process.

The key thread to grasp here is Project MKUltra and its offshoots such as Project Monarch, overseen by Dr D Ewen Cameron.
Although it was claimed that this programme was shut down or curtailed
in the 60’s and 70’s, it just went further underground and expanded. It
is this programme that was the core of the mind control programming in
the United States, and continues to bring forth these so-called lone
gunmen, not only in the US but elsewhere, including it seems the case of
Martin Bryant
in Australia (actually more directly connected to the Tavistock
institute). I find it interesting that the gun control subject is
getting airplay in the US after the recent Connecticut massacre. I am
not saying that I support the widespread ready availability of high
powered automatic weapons to the public – I don’t. It is the reason for
their removal that concerns me.

To give you a better sense of MKUltra, I encourage you to watch this video from John Stormm https://www.youtube.com/watch?v=yAXAwqV8WdM . Note the reference to Dr Green (aka Mengele) in testimony you will hear in this video.

So what we have here are threads that point unmistakably to the game
behind the game in our world, and I share it with you here because,
unless we recognise this and the importance of it being dealt with, the
future includes the expansion and completion of the enslavement of
humanity that is now well advanced. I share it because, as Einstein
said, a problem cannot be resolved at the level of consciousness at
which it was created.

It is December 19th, 2012 as I write this, 2 days before
the 2012 solstice. Will it bring change to our world? I cannot say for
certain; however, what I can say is that without such change, the future
for humanity is very dark indeed, and I ask that you join me in
intending that the changes necessary to liberate humanity come forth
into our world.

Source – via email from the author