Source: Zero Hedge
In a bid to keep the virus pandemic at bay, Australia’s government imposed draconian lockdowns and vaccine mandates on its citizens. The harsh measures are becoming an unsustainable way for politicians to govern the country as increasing discontent among Australians is seen as they take to the streets in Melbourne.
Victoria Police did not reveal the crowd size but judging by pictures and videos on social media, thousands of demonstrators lined the streets of Melbourne’s central business district (CBD) on Saturday, peacefully protesting the Victorian government’s new, proposed pandemic powers and vaccine measures.
According to The Epoch Times, the proposed COVID law would give Premier Daniel Andrews “unprecedented power” to declare a pandemic and impose lockdowns. He would then be able to allow himself to dictate emergency powers for up to three months. There was no cap on how long the emergency powers could be extended.
In a liberal democracy, Australians have never seen this type of control in their lifetimes and are outraged. Today, the crowd chanted “kill the bill” and “sack Dan Andrews” as they brought parts of the CBD to a screeching halt by blocking roads and public transportation. Long lines of demonstrators stretched from the Victorian State Library to Parliament House in Spring Street. 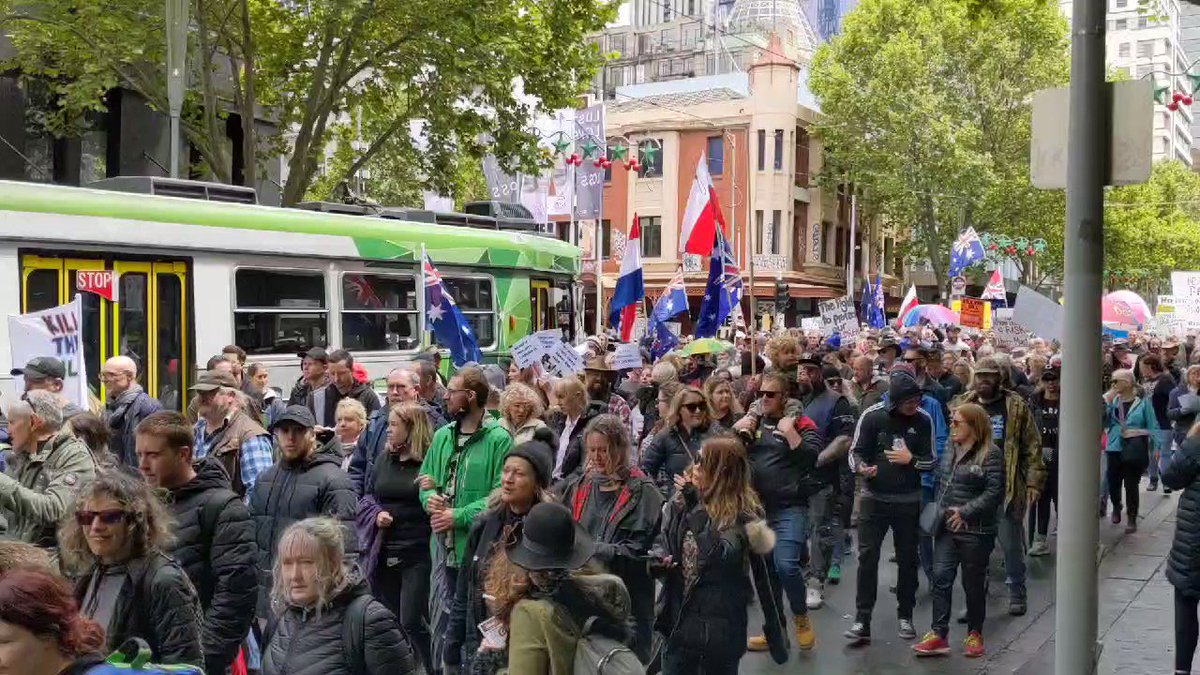 Craig Kelly, a United Australia Party MP for the Division of Hughes, NSW, stood up for freedom and joined fellow compatriots in the demonstration. He tweeted, “united we stand, against tyranny, dictators, against human rights abusers, and against those who oppress us,” adding, “time to kill the bill.”

“I would encourage Victorians to fight on every level against Daniel Andrews’ terrible pandemic bill … but they should make their views known in a peaceful and calm and sensible way,” Davis told reporters. » Kiwis on the march: Thousands turn out against new spy powers in New Zealand
» “We Will Not Comply!” – Thousands March Against Covid Vaccine Mandates in NYC
» Must Watch! Thousands March in France as Nationwide Opposition to Covid ID Shows No Signs of Fizzling Out
» March Australia- Australians united for a better government
» “Stop Medical Apartheid!” — Police Passive As Huge Crowd Protests Australia’s Draconian Pandemic Powers Bill