Source: RT
European Union leaders are extremely concerned about the growing number of citizens who are rising up against their harsh Covid-19 restrictions.
Police were ordered to open fire on protestors in Rotterdam on Saturday, leaving several people injured.
Demonstrators were arrested as they clashed with police in The Hague, according to reports.
A video shared on social media shows anti-New World Order protestors lighting firecrackers, causing the skies in the city to glow an ominous red.

The Hague burns, home of international court of justice, the seat of Dutch cabinet and 3rd largest city in Netherlands 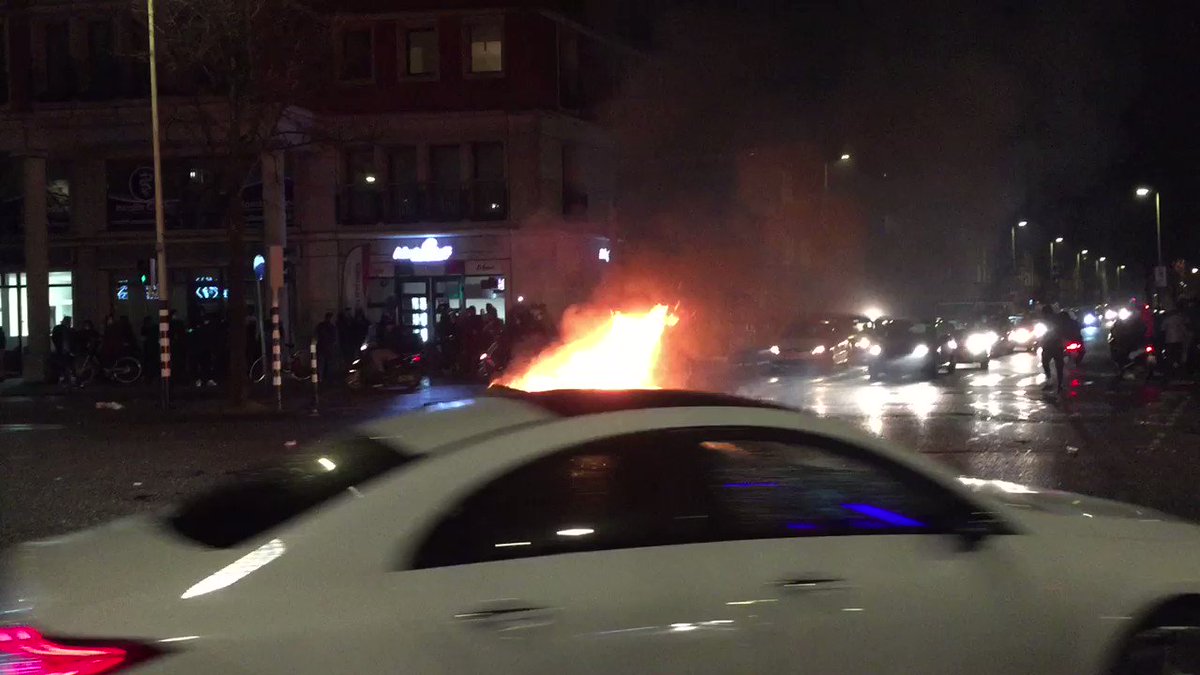 
Rt.com reports: In another clip, a group of protesters could be seen knocking down a traffic pole fitted with a surveillance camera.

Dutch police reported that five of its officers were injured in the showdown with rioters. One officer was taken to hospital with a knee injury and concussion. Two others “suffered hearing damage,” while another two suffered injuries to their hands.
Advertisements
Report this ad
The chaotic scenes in the Netherlands’ third-largest city unfolded a day after a protest against reimposed Covid-19 restrictions in Rotterdam was marred by violence. Over 50 people were arrested in the city and three were injured after police opened fire in a bid to quell the unrest. Police later claimed that officers were “compelled to shoot at targets” to protect themselves. The three injured protesters remain in hospital, and their condition is unknown.
Protests have swept through a number of Dutch cities after the Netherlands became the first country in Western Europe since summer to go into a partial lockdown last week. Tensions soared further after the government banned New Year’s Eve fireworks displays and the Dutch parliament backed the introduction of the so-called 2G system, which would bar the unvaccinated and those who have not recently recovered from the virus from a long list of public places if introduced.