Ghislaine Maxwell’s Trial Opens, With Epstein at Its Center

Ghislaine Maxwell’s Trial Opens, With Epstein at Its Center


A prosecutor described Jeffrey Epstein and his longtime girlfriend and associate, Ms. Maxwell, as “partners in crime.” 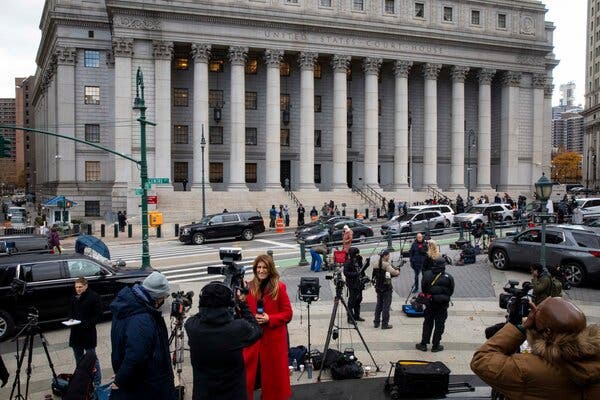 The hotly anticipated trial of Ghislaine Maxwell drew members of the media and observers to the federal courthouse in Lower Manhattan on Monday.Credit...Dave Sanders for The New York Times 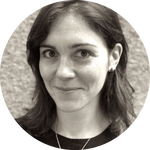 More than two years after Jeffrey Epstein was found dead in a jail cell, Ghislaine Maxwell — the woman who prosecutors say helped him to recruit, groom and abuse young girls — went on trial on Monday in Manhattan.
Ms. Maxwell and Mr. Epstein were “partners in crime,” a federal prosecutor, Lara Pomerantz, told the jury. Ms. Maxwell sexually exploited young girls by developing their trust, helped to normalize abusive sexual conduct and then “served them up” to Mr. Epstein in a decade-long scheme, the prosecutor said.
“The defendant and Epstein made young girls believe that their dreams could come true,” Ms. Pomerantz said in Federal District Court. “They made them feel special, but that was a cover.”
“Behind closed doors,” Ms. Pomerantz said, “the defendant and Epstein were committing heinous crimes. They were sexually abusing teenage girls.”


The trial of Ms. Maxwell, 59, the daughter of a British media mogul and a longtime fixture on the New York social scene, has been widely seen as the courtroom reckoning that Mr. Epstein avoided when he took his own life in prison a month after his arrest on sex-trafficking charges.
The hotly anticipated trial will offer a new window into the exploits of one of the most notorious sex offenders in modern American history. Mr. Epstein’s crimes, his dealings with the criminal justice system and his death have been the subject of books, exposés, podcasts, conspiracy theories, lawsuits, investigations and documentaries. But they have never been aired in a criminal trial.
Mr. Epstein was arrested in July 2019 on charges that he recruited dozens of girls to engage in sex acts with him at his estate in Palm Beach, Fla., and his mansion in Manhattan, paying them hundreds of dollars in cash after each encounter, a federal indictment said.
Ms. Maxwell, who was arrested in July 2020, faces charges that include sex trafficking of a minor, enticing and transporting minors to engage in illegal sex acts and three conspiracy counts. She could face up to 70 years in prison if convicted of all counts.
She has steadfastly maintained her innocence, and her lawyer, Bobbi C. Sternheim, told the jury that the evidence would not support the charges against her client.

She described Ms. Maxwell as a “scapegoat” for Mr. Epstein’s actions, adding, “Ever since Eve was tempting Adam with the apple, women have been blamed for the bad behavior of men.”
Ms. Sternheim sought repeatedly to separate her client from the disgraced financier, who even in death seemed to loom over the trial. His death had left “a gaping hole in the pursuit of justice” for many people, Ms. Sternheim told the jury. Ms. Maxwell is “filling that hole,” she added. “Filling an empty chair.”
Ms. Maxwell — who has been detained in a Brooklyn jail since her arrest — was escorted into the courtroom on Monday morning without handcuffs, wearing a cream-colored sweater and black pants. In the course of the day, about two dozen spectators — including Damian Williams, the new U.S. attorney in Manhattan — lined the benches of the courtroom, which was reconfigured during the pandemic to create more space for jurors and less room for spectators, who could watch the proceedings on closed-circuit video in other courtrooms.
Outside the courthouse, a crowd of news cameras and onlookers formed early Monday morning, with hopes of being able to watch the first day of the trial. While the recent state trials of Kyle Rittenhouse in Kenosha, Wis., and of three men who were convicted in the murder of Ahmaud Arbery in Brunswick, Ga., were televised, there will be no video or recordings of Ms. Maxwell’s case: Cameras are largely barred from federal courtrooms.
The trial could last up to six weeks, the parties have told the judge, Alison J. Nathan.
The charges against Ms. Maxwell center on four accusers who say she groomed them to be abused by Mr. Epstein between 1994 and 2004, when they were underage. Those accusers, now adults, are expected to testify at trial, some under pseudonyms or with partial names, the government has said. 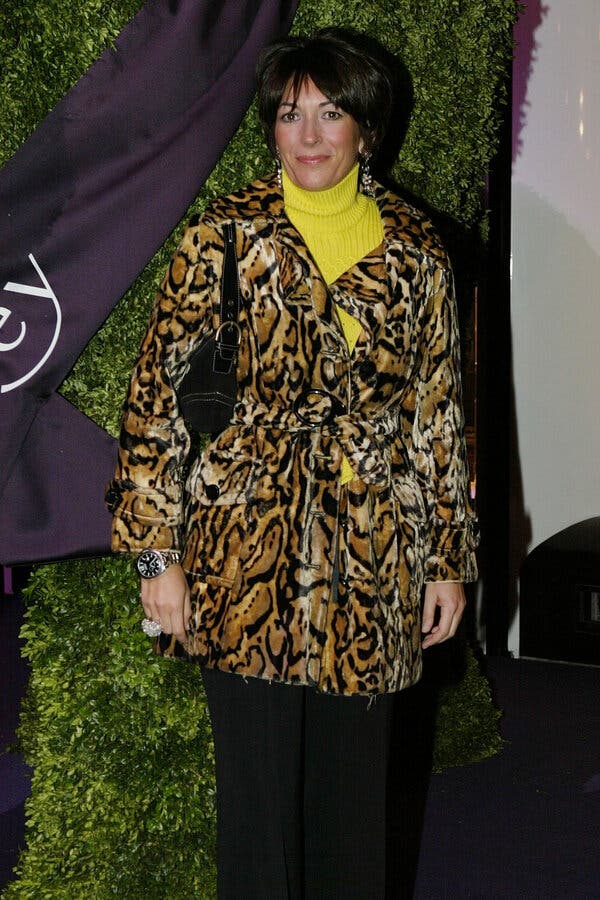 Before she was arrested, Ms. Maxwell was a fixture on New York City’s social circuit. Credit...Mark Mainz/Getty Images

Ms. Pomerantz opened her presentation to the jury with the story of one of those accusers, whom she identified only as “Jane.” Ms. Pomerantz said Jane, then 14 years old, met Mr. Epstein and Ms. Maxwell when the couple visited a summer camp for talented children.

What Jane did not know then, Ms. Pomerantz said, was “this man and woman were predators.” For Jane, she said, the meeting “was the beginning of a nightmare that would last for years.”
Ms. Sternheim, in her opening statement, described Mr. Epstein as a patron of the arts and “supporter of young talent” who backed girls like Jane in their endeavors — in Jane’s case, providing a Manhattan apartment for her and her family.
But Ms. Pomerantz described that financial support as a guise that allowed Mr. Epstein, accompanied by Ms. Maxwell, to lure vulnerable girls into his orbit for the ultimate purpose of abusing them.
In later years, Ms. Pomerantz said, Mr. Epstein and Ms. Maxwell abandoned the “cover of scholarships” and instead “devised a pyramid scheme of abuse,” in which they encouraged girls to bring in other girls.
Ms. Pomerantz said that when Ms. Maxwell sent a 14-year-old girl into a massage room with an adult man, “she knew exactly what was going to happen.”

Card 1 of 5
An Epstein confidant. Ghislaine Maxwell, the daughter of a British media mogul and once a fixture in New York’s social scene, was a longtime companion of Jeffrey Epstein, who killed himself after his arrest on sex trafficking charges in 2019.
The trial. The highly anticipated trial of Ms. Maxwell began on Nov. 29, 2021, in Manhattan. Her sex trafficking trial is widely seen as a proxy for the courtroom reckoning that Mr. Epstein never received.
The charges. Ms. Maxwell is accused of recruiting and grooming minors — one girl as young as 14 — for sexual acts with Mr. Epstein and others. She will be tried on six counts, including transporting minors to engage in criminal sexual activity.
The prosecution’s case. Prosecutors say Ms. Maxwell psychologically manipulated young girls in order to “groom” them for Mr. Epstein. The concept of grooming is at the heart of the criminal case against her.
The defense. Ms. Maxwell’s lawyers have sought to undermine the credibility of her accusers and question the motives of prosecutors — efforts they have indicated they would continue at trial. Ms. Maxwell has steadfastly maintained her innocence.


The government also offered a pointed rationale for what it said was Ms. Maxwell’s participation in the scheme with Mr. Epstein: money.
“While this horrific abuse was going on behind closed doors, the defendant was jet-setting in private planes and living a life of extraordinary luxury,” Ms. Pomerantz told the jury. “These girls were just a means to support her lifestyle.”
Ms. Pomerantz described how Ms. Maxwell had groomed girls for Mr. Epstein — taking them on shopping trips and asking about their lives, their schools and their families. “She won their trust,” Ms. Pomerantz said.
“Grooming” describes a strategy predators use to try to break down a potential victim’s resistance to abusive conduct.
She said Ms. Maxwell discussed sexual topics with the girls and helped normalize abusive sexual conduct.
“She put them at ease and made them feel safe,” Ms. Pomerantz said, “all so that they could be molested by a middle-aged man.”
Ms. Sternheim told the jury that what prosecutors referred to as “grooming” was “lawful conduct.”
“The government wants you to put a sinister, subjective motive in Ghislaine,” she said, “where the evidence will show none existed.”


Ms. Sternheim also walked the jury through the four accusers who are expected to take the stand, saying their stories were “thin” and likening the prosecutors’ case as “taking paper cutouts and putting them together.”
She urged the jury to bear in mind three words: “Memory, manipulation and money.” The victims’ stories, she said, were years old and subject to contamination. They were manipulated, she said, by the coaching of lawyers seeking to capitalize on Mr. Epstein’s case. And they were motivated by money — at least two of the accusers received payouts from a victims’ compensation fund drawn from Mr. Epstein’s estate.
Late Monday afternoon, the government called its first witness: Larry Visoski, one of Mr. Epstein’s longtime pilots. Mr. Visoski testified that, over the course of nearly three decades, he regularly shuttled Mr. Epstein on one of the financier’s private jets between his residences in New York, Florida, the U.S. Virgin Islands, New Mexico and Paris.
“Pretty much every four days we were on the road flying somewhere,” Mr. Visoski said.
Mr. Visoski, who is expected to continue testifying Tuesday morning, described Mr. Epstein’s homes and the abundant support staff required to keep his household running. Ms. Maxwell, he said, played a vital role in managing those homes and in planning Mr. Epstein’s travel.
Colin Moynihan and Chelsia Rose Marcius contributed reporting.

Benjamin Weiser is a reporter covering the Manhattan federal courts. He has long covered criminal justice, both as a beat and investigative reporter. Before joining The Times in 1997, he worked at The Washington Post.  @BenWeiserNYT
Rebecca Davis O'Brien covers law enforcement and courts in New York. She previously worked at The Wall Street Journal, where she was part of a team that won the 2019 Pulitzer Prize in National Reporting for stories about secret payoffs made on behalf of Donald Trump to two women.