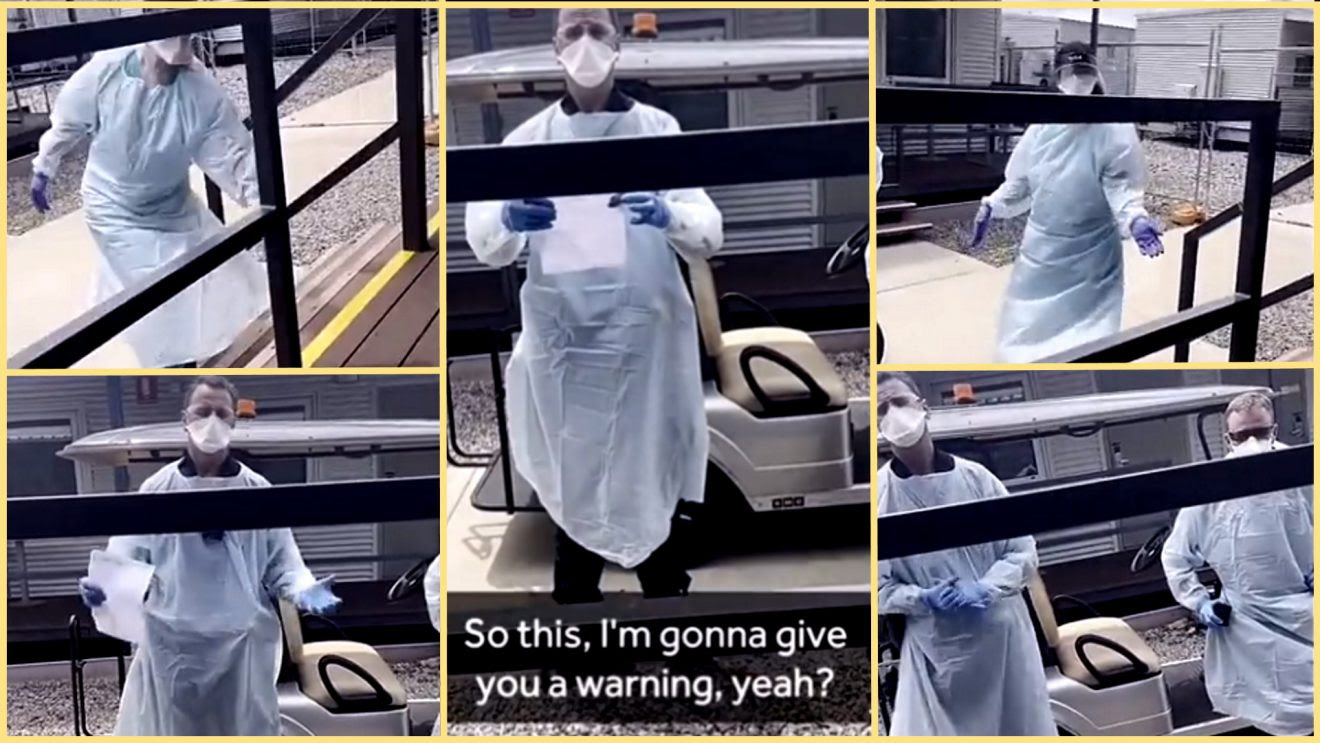 Days ago we presented the latest Orwellian headline out of Australia… “Aussie Police Arrest Teen ‘Fugitives’ Who Escaped From COVID Internment Camp”. Since then more incredibly disturbing video from inside the Northern Australian Covid internment camp, Howard Springs facility, has emerged. A frightening confrontation between a imprisoned “quarantined” woman and camp authorities was caught on hidden camera.
One host on the popular cultural commentary and news analysis site UnHeard recently introduced a segment taking a look at the fresh footage from inside the notorious Covid internment camp : “Australia. Until recently, that country was most famous for its sunshine and relaxed attitude. Well since the Covid pandemic hit we’ve all got to know another side of Australia…” 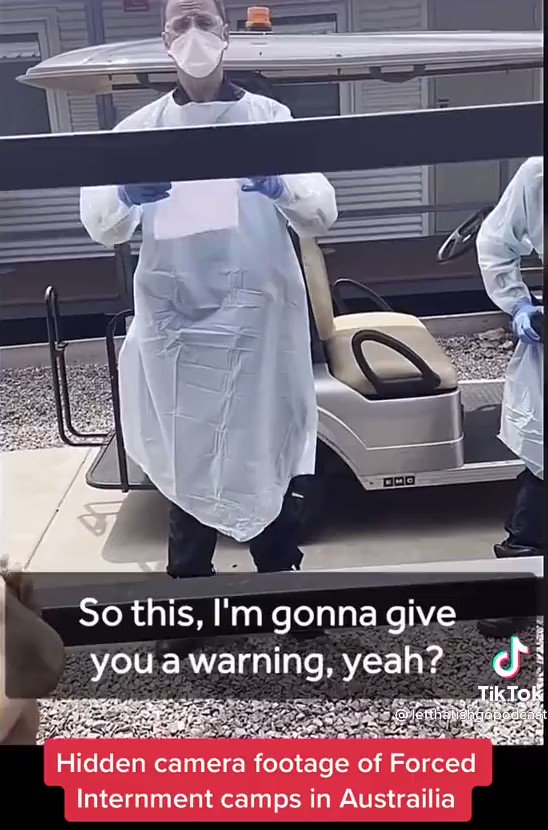 With some of the longest and most stringent lockdowns and travel restrictions in the world, it’s become a case study of what happens when a government will do anything to keep Covid numbers low,” host Freddie Sayers’ narration continues.
“Their latest policy is to build special camps, Covid internment camps – to which infected and suspected infected people are moved. The biggest of these camps is called Howard Springs.”
“It houses up to 2,000 inmates, surrounded by tall fences and carefully policed against attempts to escape. It’s been described as the ‘gold standard’ of such camps and is being replicated across Australia.”
The woman being interrogated and threatened with a 5000 AU$ fine in the above video can been seen in a follow-up interview below, conducted after she was released from detention…


As is shown in the video in question, camp officials confronted the quarantined woman, later identified as Hayley Hodgson, and began pointing out yellow lines that she could not cross.
She never tested positive for COVID after being tested three times. “Never had Covid. I was in close contact with someone – never got it, and I was treated literally like a criminal,” she later described. After her 14-day stint at the camp, she lost her job, returning to her home unemployed, she later confirmed.
Up until recently, Australia – with its sprawling coastline and beautiful beaches, outdoor and adventure life, and nearly year-round sunshine – was considered by most to be a large “paradise” vacation spot in the South Pacific… but now it’s marked as the place of “Covid quarantine hell”.
* * *
Meanwhile, in neighboring New Zealand, Prime Minister Jacinda Ardern has unironically given citizens permission to use the bathroom inside other people’s homes when visiting…

Exciting news from New Zealand, where PM Jacinda Ardern has given her people permission to use the bathroom inside their friends’ homes.

» "I GOT WORD TODAY THAT WE MAY SEE THIS IN THE NEXT TWO WEEKS BUT OTHER SOURCES SAY TONIGHT THRU THURSDAY. GOLD STANDARD ROLLING IN, IN AM. KEEP YOUR FINGERS CROSSED FOR TONIGHT ALL. WITH THE ANTICIPATION OF NEW GOLD STANDARD COMING IN THE AM,",,:TerryK
» It's Official: Gold Standard To Return Worldwide January 1, 2013 Sending Gold Prices To $10,000+
» The gold standard of medical tests is fake
» 'World is Moving Towards a De facto Gold Standard'
» Is Returning To A Gold Standard Even Possible Anymore? By Gregory Mannarino