Pfizer and other pharmaceutical industry players are stepping up lobbying efforts in hope of defeating the False Claims Amendments Act of 2021, a bill that would strengthen protection for whistleblowers.
By
Michael Nevradakis, Ph.D.
Link copied 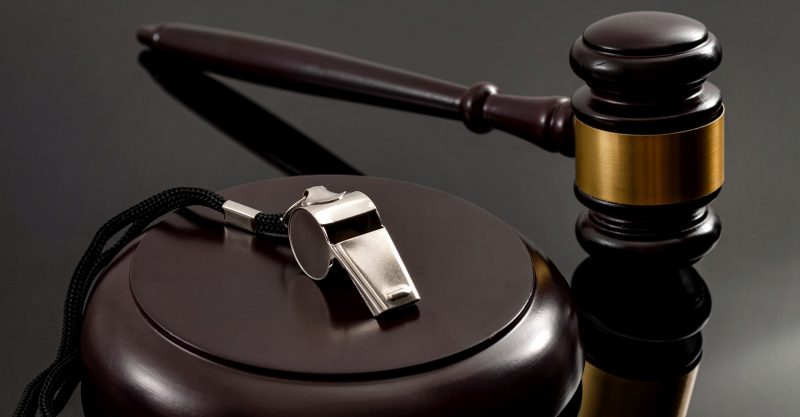 Miss a day, miss a lot. Subscribe to The Defender's Top News of the Day. It's free.
Pfizer and other pharmaceutical industry players are stepping up lobbying efforts in hope of defeating proposed legislation intended to strengthen protection for whistleblowers, The Intercept reported.
Pfizer has hired a well-connected lobbyist, Hazen Marshall, and the law firm Williams & Jensen, to lobby against the False Claims Amendments Act of 2021.
The legislation, introduced in July, would expand key aspects of the existing False Claims Act  by strengthening the original law’s anti-retaliation provisions, and by installing new safeguards against industry-level blacklisting of whistleblowers seeking employment.
The False Claims Act, which dates back to the Civil War, rewards whistleblowers who file anti-fraud lawsuits against contractors on behalf of the government. The law, originally enacted in response to defense contractor fraud during the Civil War, has to date returned $67 billion to the U.S. government.
Merck, AstraZeneca, Amgen and Genentech also oppose the proposed legislation, according to The Intercept.
Other groups opposing the legislation include the American Hospital Association, the U.S. Chamber of Commerce, the Federation of American Hospitals, the National Association of Manufacturers, the Healthcare Leadership Council, the Pharmaceutical Research & Manufacturers of America and the American Bankers Association.
National Whistleblower Center, the Project on Government Oversight, the Government Accountability Project and Taxpayers Against Fraud support the amendment.

BUY TODAY: Robert F. Kennedy, Jr.'s New Book — 'The Real Anthony Fauci'
Pfizer’s lobbying efforts follow on the heels of a recent investigation based on information provided by a whistleblower who alleged Pfizer’s COVID vaccine phase 3 clinical trial was deeply flawed. The whistleblower, Brook Jackson, was directly involved in the trial as an employee of a company hired by Pfizer to conduct the trial.
In October, Project Veritas released a recording exposing three Pfizer officials, including Nick Karl, a scientist directly involved with Pfizer’s COVID vaccine, revealing that natural immunity provides superior protection compared to the vaccine.
Remarking on Pfizer and Big Pharma’s lobbying against the proposed legislation, investigative reporter Jon Rappoport told The Defender:
“Weakening whistleblower laws, in order to shield corporations from having to pay huge fines, is in itself, a business. It involves lobbyists, lawyers, political campaign fundraisers — all the people who can influence legislators and create legal precedents that judges will feel bound by.
“At the heart of this enterprise is the notion that government contractors (corporations) should reside in a universe where accountability for crimes doesn’t exist. Weakening whistleblower laws is a business that seeks to prove the business of America is business.”
Comedian Russell Brand also weighed in on Big Pharma’s push to avoid transparency:
“The first thing a person would think is because you’ve got something you’ve done that you are ashamed of, that you’re trying to hide, that if people find out, they wouldn’t trust you or spend money on your products.
“They certainly wouldn’t let you in a position where you’re able to profit at large from mandated proceeds.”
After pharma companies fined billions under False Claims Act, Supreme Court weakens law
Pfizer is no stranger to the False Claims Act.
Under a 2009 settlement, the pharma giant paid $2.3 billion in fines — the largest healthcare fraud settlement in the history of the U.S. Department of Justice (DOJ) — stemming from allegations of illegal marketing of off-label products not approved by the U.S. Food and Drug Administration (FDA).
Other major pharmaceutical companies have also paid hefty fines under the False Claims Act.
For instance, in February 2008, Merck agreed to a $650 million settlement to resolve claims of fraudulent price reporting to Medicaid and other government health programs, and payment of kickbacks to healthcare providers.
And in April 2010, AstraZeneca agreed to a $520 million settlement to resolve charges of illegal marketing regarding its antipsychotic drug Seroquel.

Urgent Call to Action: Tell OMB You Oppose Mandatory Vaccines for Federal Contractors
Proposed amendment seeks to close ‘materiality’ defense
While the False Claims Act has been in place since the Civil War, it was significantly eroded in 2016 following a U.S. Supreme Court decision.
In Universal Health Services v. United States, the Supreme Court ruled a lawsuit filed under the False Claims Act could be dismissed if the contractor in question continued to be paid by the government.
The decision significantly expanded the scope of a legal principle known as “materiality.” As interpreted by the court, if the government continued paying a contractor despite the contractor’s fraudulent activity, then the fraud was not considered “material” to the contract.
This ruling resembled a 2011 Supreme Court decision, Bruesewitz v. Wyeth, where the court gave considerable latitude to the FDA for, in essence, knowing better than judges, juries and state lawmakers how to regulate vaccines.
The ruling in Universal Health Services v. United States had immediate repercussions on whistleblower lawsuits.
In United States ex rel. McBride v. Halliburton, a 2017 decision by the U.S. Court of Appeals for the D.C. Circuit, and again in a 2018 decision from the 9th Circuit Court of Appeals, United States ex rel. Berg v. Honeywell Int’l, the courts dismissed fraud cases simply because the contractors in question cited “continuing government payments.”
And in 2018, the DOJ further diluted the False Claims Act via the issuance of the Granston Memo, which instructed government attorneys to reject more lawsuits filed under the Act.
In the two years which followed, dismissals of False Claims Act cases increased.
The newly proposed False Claims Amendments Act of 2021 would adjust the materiality standard to include instances where government payments have continued despite knowledge of fraud — this could affect Pfizer, which has contracts with the U.S. government to provide COVID vaccines.
Bill garners support, opposition, from both sides of the aisle
Introduced by Sen. Chuck Grassley (R-Iowa) and co-sponsored by Sen. Patrick Leahy (D-Vt.), the False Claims Amendments Act of 2021 has garnered support — and opposition — from Democrats and Republicans alike, and has faced a peripatetic journey through the legislative process.
Speaking about the proposed legislation in March 2021, Grassley remarked:
“Defendants get away with scalping the taxpayers because some government bureaucrats failed to do their job.
In my many years of investigating the Department of Defense, it has taught me that a Pentagon bureaucrat is rarely motivated to recognize fraud. That’s because the money doesn’t come out of their pocket.”
The bill was blocked in an initial test vote, then was inserted by Grassley into an amendment to the bipartisan infrastructure bill before the Senate. Senate Democrats, however, launched a successful objection before the amendment could be voted upon.
Another hearing was held in the Senate Judiciary Committee in October, where an amendment proposed by Sen. Tom Cotton (R-Ark.) sought to water down the bill to the point of irrelevance.
However, the bill passed through the committee by a 15-7 vote. On Nov. 16, it was placed on the Senate’s legislative calendar.

»  Big Pharma Gets 77,500% Return On Lobbying Investment
» It’s Time to Roll Back the Mask Mandates, Not Ramp Them Up Ridiculously
» Alleged US Army doc: re-education camps and psy-op missions aimed at activists
» Bank Of England Refuses to Release Venezuela's Gold After US Lobbying
» Corporate Lobbying Group ALEC Behind Mandatory Vaccine Agenda