New Documentary on The PCR Test Deception is Banned on YouTube – Share this Film with Skeptics Thu Dec 09, 2021 10:55 am 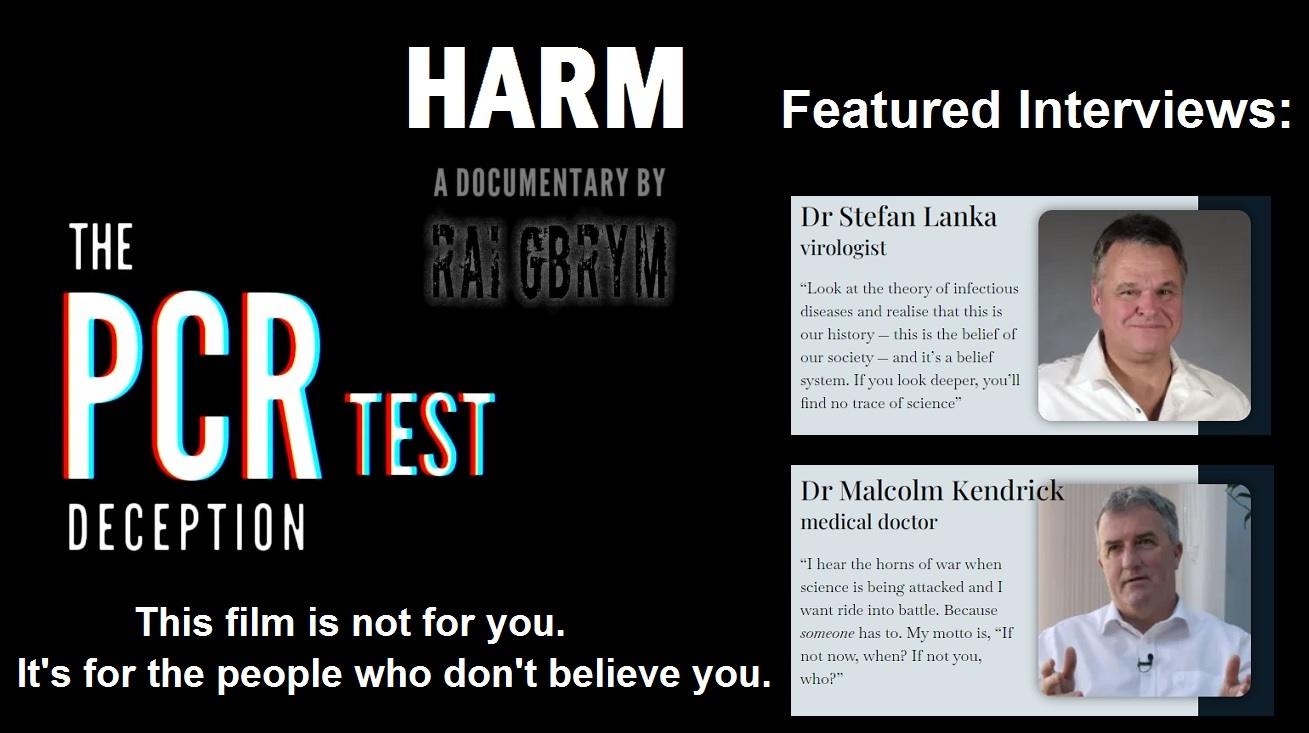 by Brian Shilhavy
Editor, Health Impact News
Film producer Rai Gbrym reached out to me last week about a new documentary he had just produced that exposes the fraud of the PCR test.
He had just posted it on YouTube and it already had thousands of views. I immediately downloaded the video so that I could view it when I had some time.
When I went to watch it, it was already banned on YouTube, and no longer available.
After viewing it now, I can see why Big Tech doesn’t want you to watch this, and why Google banned it on YouTube. If one can prove that the PCR Test used to detect COVID-19 is a fraud, then the entire “pandemic” is a fraud as well.
Rai does a very good job of exposing the fraud behind the PCR test, and he has excellent interviews with people like Dr. Stephan Lanka from Germany, and Dr. Malcolm Kendrick from the U.K.
We have featured the work of both these men over the years here at Health Impact News, as both of these men have been exposing the corruption in science and medicine for many years now, unlike the many doctors and scientists that have only recently begun to speak out against crimes in Big Pharma due to the COVID-19 scam.
Dr. Lanka made headlines in 2017 when he issued a challenge in Germany where he agreed to pay 100,000 euros to anyone who could prove that the measles “virus” actually existed.
Wanting to categorize him as a “quack” for not following the mainstream dogma, he had some people take him up on his challenge, but in the end, the German Federal Supreme Court confirmed that there was not enough evidence to prove the existence of the measles virus. See:

Dr. Malcolm Kendrick is the author of several books, including The Great Cholesterol Con,  A Statin Nation: Damaging Millions in a Brave Post-health World, and Doctoring Data, among others.
Rai Gbrym has done a wonderful job in this documentary, and he is offering it to the public for free, even though it was self-funded, so important does he consider this information.
Please support this work at his website, and share this film with as many people as you can. We have it on our Bitchute channel, and we will have it on our Telegram channel soon as well.