Austrians Beg for Help: ‘Unvaccinated’ to Face Heavy Fines & a Year in Prison 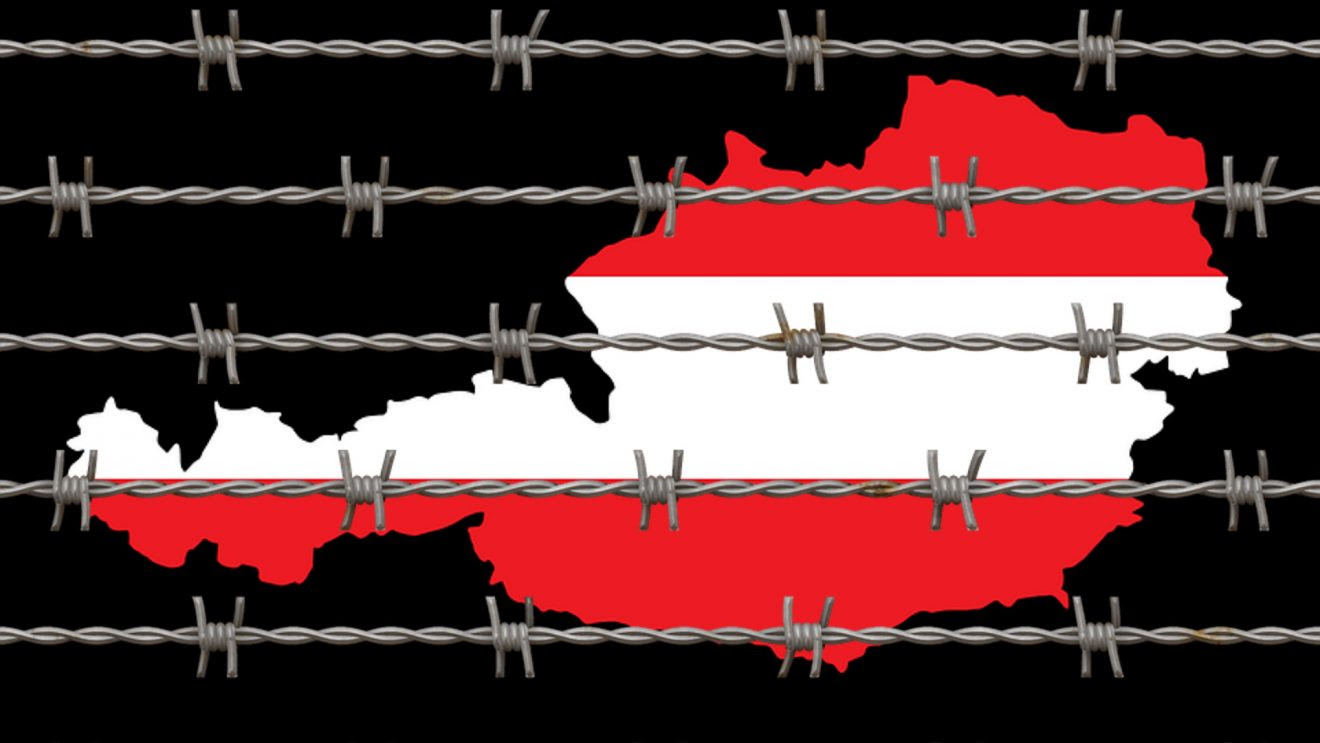 Austrian’s are pleading for the world to help end their rapidly emerging police state. The country’s vaccine mandate law will take effect on February 1, 2022. Unvaccinated people, including children as young as 14-years-old, can be fined up to 2000 euros each time they are caught. In addition, the government can ticket the same individuals several times a day. If you refuse to pay your fine, offenders will be thrown in a special prison for unvaccinated people for up to one year.
Unlike other prisoners, the public purse will not pay for an individual’s incarceration. Instead, the inmate will have to bear the costs incurred during their prison stay. The perpetrator also has to pay for his food and his prison cell.
The Austrian government does not ask murderers, rapists, or pedophiles to pay the cost of their incarceration. However, they will now demand prison payments of entirely innocent people.
Call for Help
Political activist Alexander Tschugguel has released an emergency call for help on social media, “I need your support,” says the activist. “We, as Austrians, all need your support. So please go your government officials to your local Austrian embassy or ask your embassy in Austria to apply as much pressure on the Austrian government as possible.”
Lab Rats of the Western World
Austria’s new unelected Chancellor, Karl Nehammer, is the former chief of police and has implemented police state-like measures in recent months, Tschugguel explains. “He wants to continue to do that, in a way which can only be called tyrannical and totalitarian.”
“We need your support,” he emphasized. “Please stop the Austrian government from turning our country into a police state. We, as Austrians, are the lab rats of the western free world. If it happens to us, it will happen to all other countries.”
Reject Quarantine Camps
We don’t want to have quarantine camps, explains Tschugguel. “We do not want to have those terrible rules which divide families, that divide the people, divide not only the faithful but every Austrian.”
One-third of the Austrian population has refused to be injected with the mRNA serums. The government has responded by criminalizing opposition to their experimental injection program of the entire population. This is highly undemocratic, and that is why we must oppose it, exclaims Tschugguel.

Holocaust Survivors Send Warning
Nick Hope, a 97-year-old Holocaust survivor imprisoned at the Nazi concentration camp Dachau, warned against the Austrian government’s authoritarian and totalitarian Covid measures. “When I look at the news in Austria, I see the spirit of Hitler, the spirit of force coming there,” he said in a video message recently posted at RAIR Foundation USA.
Another Holocaust survivor, 94-year-old Auschwitz survivor Marian Turski, warned of the dangers of branding people (the unvaccinated) as scapegoats, sources of disease, or profiteers. Historically, there have been (and are) vast and conclusive examples of the genocidal playbook that all begin with the political and social dehumanization of the “offending” population.
The Polish Holocaust survivor reminded the audience that the Holocaust didn’t’ start with death camps. Instead, it began with propaganda, scaremongering, scapegoating, segregation, and exclusion. Then, it was an easy next step to strip further rights, dehumanize, and brutally extinguish that minority.