Source: Steve Watson
Pfizer CEO Albert Bourla declared this week that a fourth COVID shot is coming and will be needed “sooner than expected” to protect against the Omicron variant, despite all accounts of the mutation being extremely mild.
Appearing on CNBC, Bourla said “When we see real-world data, we’ll determine if the omicron is well covered by the third dose and for how long. And the second point, I think we will need a fourth dose.”
Bourla was referring to ongoing studies on the Omicron variant, as he revealed that a preliminary study by Pfizer was based on a synthetic, lab-created copy of the variant. “Those real-world results will be more accurate and are expected in the next two weeks,” the Pfizer CEO noted.
Bourla is already pushing forward a potential FOURTH booster shot from a year after the third, stating “With omicron, we need to wait and see because we have very little information. We may need it faster.”
Watch: https://www.youtube.com/embed/0CIkR4b6JFs
A week ago Bourla declared that the “most likely scenario” in the near future is “annual revaccination” for COVID. 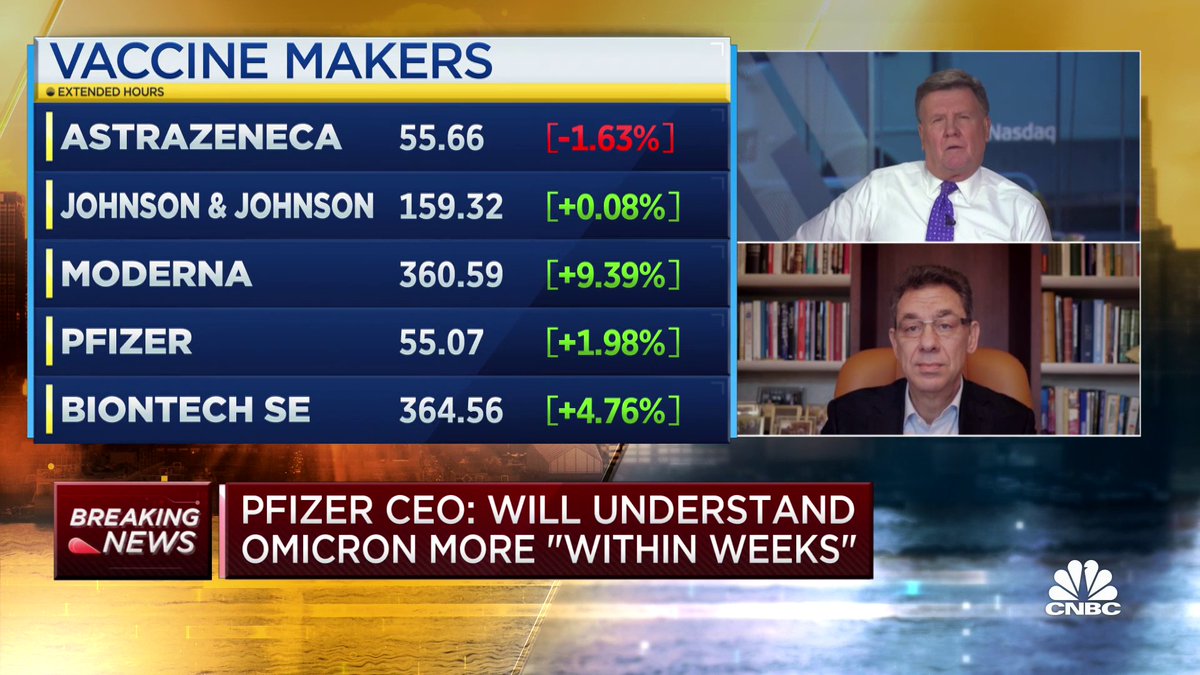 Last month, Bourla declared that people who spread “misinformation” about COVID-19 vaccines, meaning anything running counter to what he and the CDC say about them, should be treated as “criminals.”
“Those people are criminals,” he told Atlantic Council CEO, Frederick Kempe. “They’re not bad people. They’re criminals because they have literally cost millions of lives.”
Bourla went on to suggest that life would only ever get “back to normal” once the unvaccinated have been vaccinated.
“The only thing that stands between the new way of life and the current way of life is, frankly, hesitancy to vaccinations,” he said.

Meanwhile, the Biden administration is moving to alter the definition of “fully vaccinated.”
Anthony Fauci declared during a CNN interview Wednesday told that it’s only a matter of time before the definition of “fully vaccinated” changes, stating “It’s going to be a matter of when not if.”
Fauci stated, “Certainly, when you want to talk about what optimal protection is, I don’t think anybody would argue that optimal protection is going to be with a third shot.”
Watch: