OUT OF MIND » BREAKING NEWS & HOT TOPICS » THE GREAT DIE OFF » Panic? US Mega-Corporations Rush To Abandon Vax Mandate


BY TYLER DURDEN
Authored by Daniel McAdams via The Ron Paul Institute, 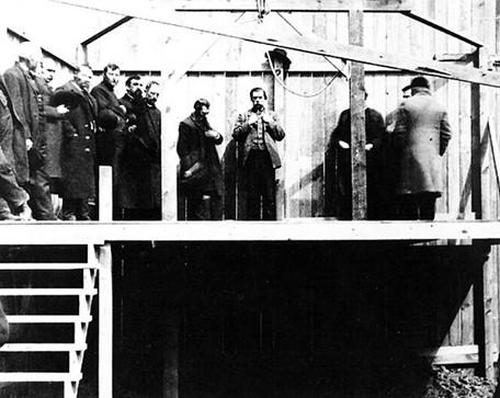 Biden’s illegal gamble, the nationwide Federal contractor vaccine mandate, has like his previous Medicare mandate and OSHA if-you-have-100-workers-mandatory-vax mandate been ripped to shreds early on in the courts.
Biden’s mandates have always been a bullying gamble, an admission that they knew they were engaging in illegal acts but that they would continue to use the not-insignificant weapons of the executive branch to blast as much harm as possible until the courts stepped in and noted the obvious: “You can’t do this!”
Cynics – and I sympathize – will say that the courts could have ruled either way so don’t get too excited.
That’s the lesson of the past two years: There is nothing below us as we look down. It takes our breath away. We now understand that our civilization has been built on a pile of sand and any determined entity could tunnel under us as we are distracted by the human necessities of providing for our families and living our finite lives as best as possible.
This horrible reality cannot be unseen.
Previously we viewed our rulers – from dog catcher to president – as malevolent but for the most part at a distance. We never thought they would reach out with their gradually but steadily-acquired iron fist and squeeze the oxygen from our lungs: “Take a shot or starve!”
The Hungarians in early 1918 similarly were shocked that living somewhat silently among them were aliens who would activate themselves at the exact most fertile moment and literally up-end their somnambulant state, imposing “mandates” on their society that included mobile gallows – a crude earlier form of the forced vax.
With the welcome disintegration of this evil government decree – via Judge Baker’s ruling that the contractor mandate is illegal – one by one the mega-corporations also see their position as shifting to the untenable. They are bailing out as fast as possible.
Some 83,000 Florida healthcare workers no longer face being kicked to the street by US government-sponsored terrorism, until this week dutifully enforced by the “free market” prostitutes in bed with the state.
As hero Alex Berenson has reported Thursday, mega corporations in the US are also suddenly looking under themselves and finding that they are alone. No more government guns aimed at the powerless…at least for the time being.
General Electric, 3M, Verizon, and Oracle have in the past day or so hedged their bets and snuck out of bed with the US government: no more vax requirements! We are talking about a large group of people no longer bound by the brotherhood of the needle.
We are winning this for now and should pause to drink it in.
But at the same time we must also look at what has rotted in our civilization that would allow such a force to upend us, to unleash this iron fist once hidden in a velvet glove. Life will never be the same knowing what these people have done to us. They must never be allowed to forget it.
Source… https://www.zerohedge.com/political/panic-us-mega-corporations-rush-abandon-vax-mandate

OUT OF MIND » BREAKING NEWS & HOT TOPICS » THE GREAT DIE OFF » Panic? US Mega-Corporations Rush To Abandon Vax Mandate