Source: RT
Trash Ben of the Internet Twitter has suspended an account linked to Project Veritas after the media outlet posted a video accusing a CNN producer of soliciting nude photos of an underage girl and fantasizing about molesting another child.
TRENDING: “Our Country Needs a Savior Right Now and Our Country Has a Savior. And It’s Not Me. It’s Someone Much Higher” – President Trump in Dallas on Christmas Week (VIDEO)
The account, called ‘@investigatecnn’, was suspended on Saturday for unspecified violations of Twitter’s rules. The move came two days after Project Veritas released a video in which former sex worker Janine Bonanni alleged that a CNN producer – later identified as Rick Saleeby – asked for nude ‘mother-daughter’ pictures with her 15-year-old child and spoke of the sexual things he wanted to do with the 14-year-old daughter of his fiancé. 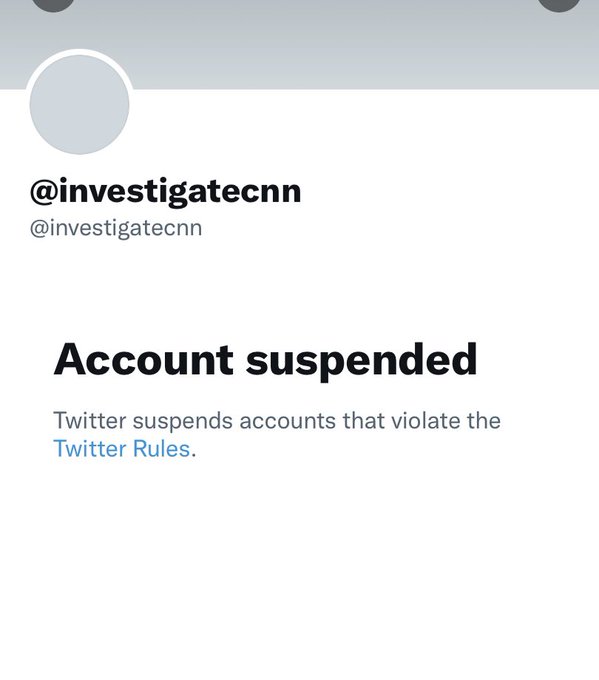 Project Veritas founder James O’Keefe said the suspension came shortly after his investigative journalism outlet releasedSaleeby’s name – with the permission of his now ex-fiancé. The video of O’Keefe’s interview with Bonanni had been viewed about 1.3 million times.
Saleeby is a producer for CNN’s ‘The Lead With Jake Tapper’. O’Keefe said Tapper’s name was trending on Twitter at the time the social media giant suspended the account that posted the video. Saleeby’s ex-fiancé sent a note to Project Veritas thanking the outlet for having “saved us all from him.” She added that she was pushing for the producer to be criminally charged. https://api.banned.video/embed/61bf915952c4242a80e7e9e6
Does CNN have a pattern of pedophile producers? find me at: http://dluxnation.com
“The real question is, is CNN putting pressure on Twitter to take down this video?” O’Keefe said. “This is about potential pedophilia, potential abuse against an underage girl.” CNN is yet to comment on the case.

Bonanni, who claimed to have known Saleeby for more than a decade, showed text conversations and a recording of a telephone call purported to be with the producer to back up her accusations. In one of the texts attributed to Saleeby, the person asked Bonanni whether he would be given “mother-daughter nudes” for his help. Bonanni, now a case manager for sexual assault victims, said the ‘help’ reference was to money that Saleeby gave her.
The allegations against Saleeby surfaced after CNN last week fired another producer, John Griffin, who was arrested on December 10 for allegedly trying to entice children to engage in sexual activity.
Bonanni said she spoke to Saleeby after Griffin’s arrest, and he reacted by calling his fellow producer a “pervert” and a “scumbag.”She added, “In my head, I’m thinking, you’re doing the same thing.”

Ironically, Saleeby was caught up in another Project Veritas report in 2019, when he was shown on a hidden camera speaking about allegations of sexual misconduct against another CNN producer.
Twitter permanently banned a Project Veritas account last February after the outlet posted a video of one of its staffers confronting a Facebook executive about his leaked comments regarding censorship tools.