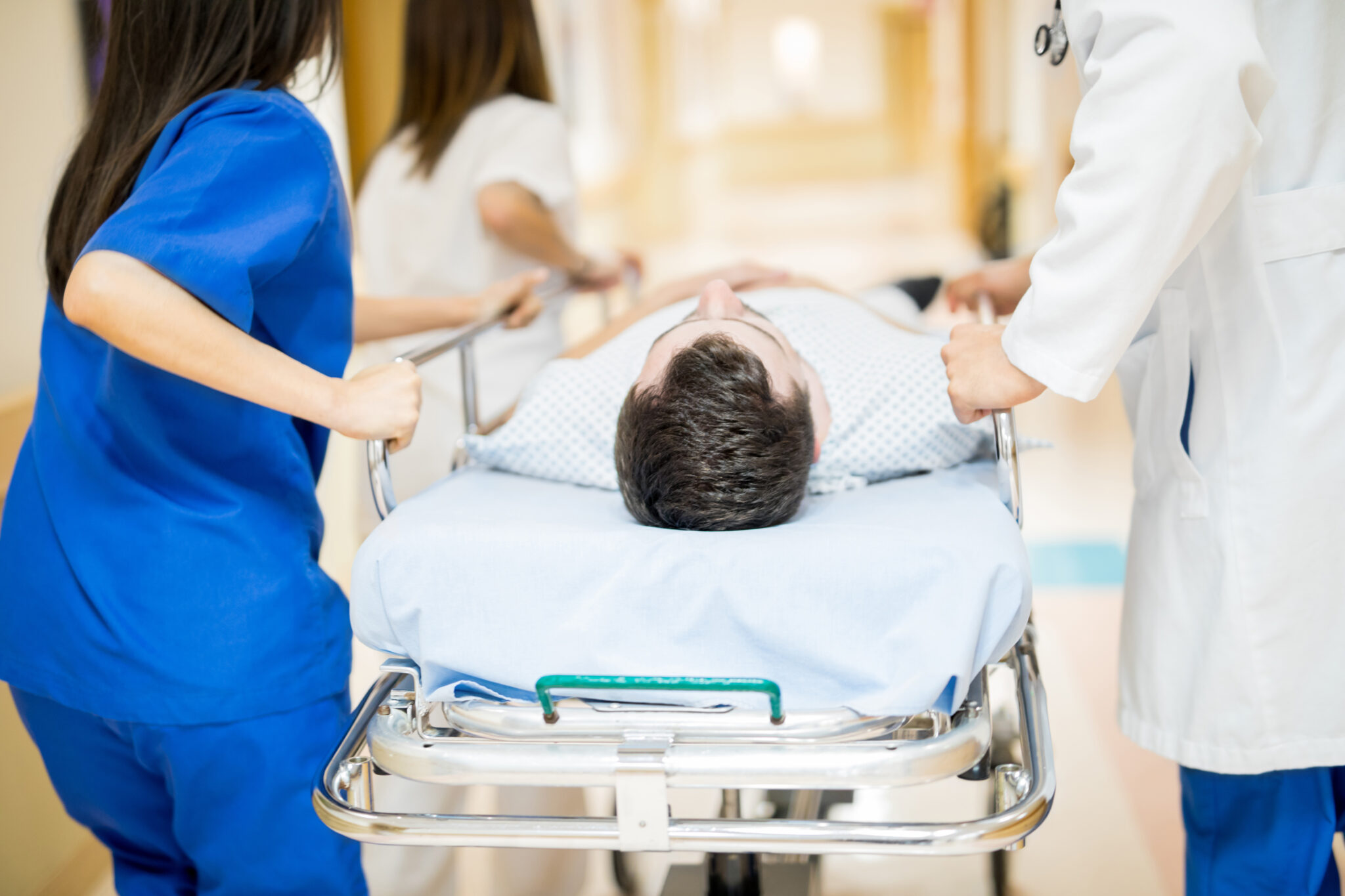 By Joel Kilpatrick -December 14, 2021
After the Conejo Guardian’s report on alarming trends in Ventura County hospitals, more nurses have come forward to affirm the rise in unexplained heart problems, strokes and blood clotting in local vaccinated patient populations. They also say doctors refuse to consider that these could be adverse reactions to Covid shots.
Sam, a critical care nurse at an ICU in a Ventura County hospital, came forward because, “I’m tired of all the B.S. that’s going on,” he told the Guardian. “It’s crazy how nobody questions anything anymore.”

“NONE [OF THE DOCTORS] QUESTION WHETHER THE VACCINE CAUSES MYOCARDITIS, PERICARDITIS AND THE STROKES THAT ARE COMING IN. IF THEY DON’T TOE THE LINE, THEY COULD LOSE THEIR MEDICAL LICENSE.”

He has witnessed a surge in numbers of young people experiencing severe health problems after receiving Covid shots.
“We’ve been having a lot of younger people come in,” Sam says. “We’re seeing a lot of strokes, a lot of heart attacks.”
One 38-year-old-woman came in with occlusions (blockages of blood flow) in her brain.
“They [doctors] were searching for everything under the sun and documenting this in the chart, but nowhere do you see if she was vaccinated or not,” Sam says. “One thing the vaccine causes is thrombosis, clotting. Here you have a 38-year-old woman who was double-vaccinated and she’s having strokes they can’t explain. None of the doctors relates it to the vaccine. It’s garbage. It’s absolute garbage.”
Another woman, age 63, came in the day she took the Moderna Covid shot. With no previous cardiac history, she suffered a heart attack. Tests revealed her coronary arteries were clean.
“One doctor actually questioned the vaccine, but they didn’t mention it in the chart because you can’t prove it,” Sam says.
While hospitals are seeing more myocarditis, an associated side effect of the Covid shots, “Everyone wants to downplay it — ’It’s rare, it’s rare,’” Sam says. “Doctors don’t want to question it. We have these mass vaccinations happening and we’re seeing myocarditis more frequently and nobody wants to raise the red flag. When we discuss the case, they don’t even discuss it. They don’t mention it. They act like they don’t have a reason, that it’s spontaneous.”
‘Survival mode’

“I FEEL LIKE OUR HOSPITAL IS … BARELY ABLE TO FUNCTION RIGHT NOW. THAT’S HOW BAD IT IS.”

“I DON’T WANT TO KEEP INJECTING MYSELF WITH SOMETHING EVERY SIX MONTHS WHEN I DON’T HAVE DATA.”

Sam is most disappointed with doctors and nurses.
“The doctors don’t question anymore,” he says. “None question whether the vaccine causes myocarditis, pericarditis and the strokes that are coming in. If they don’t toe the line, they could lose their medical license. They do what they do because they have bills to pay. I’m disappointed because you have a handful of doctors who will question the narrative, but the rest go along.”
The level of propaganda, in his view, is “out of control.”
“Propaganda creates doubt,” he says. “Half the country buys it and the other half distrusts the system. They [doctors] are smart people but they don’t think for themselves anymore. It’s the propaganda, the repetition of the lie. It’s very effective.”
For his part, Sam has decided not to take any boosters.
“I don’t want to keep getting this thing. What if I clot off and get a heart attack?” he says. “Health care professionals are evidence-based people — or we used to be — and there’s just no evidence what this thing’s going to do in 10 years. We have no evidence what it does to the immune system and clotting system. I don’t want to keep injecting myself with something every six months when I don’t have data.”
He and his wife have decided they will leave the state if they can’t afford to homeschool their child, when the child reaches school age.
“My [child] will never get the vaccine. We will leave,” Sam says. “They are out of their minds to vaccinate these children. Their immune systems are immature. They are growing. I’m not willing to take the risk. No way. Me and my wife feel the same way.”
Florida, which is maintaining medical freedom and privacy, is also their preferred destination if and when he loses his job once governments change the definition of “vaccinated” — leaving him in the same category as those who never took Covid shots in the first place.
“I may end up getting a lawyer if they change the definition of ‘vaccinated’ and you need a third shot,” he says. “California law allows for religious exemptions and hospitals are denying them. That’s discrimination.”
Like all the nurses interviewed by the Guardian, he says he is “sick and tired of the coercion.”
“If you’re vaccinated and I’m not, what the heck are you worried about? It’s my choice, right?” he says. “If I get sick and die, that’s the price of freedom. That’s what we’re built on. In America, we don’t force people to take injections and medical products against their will.”