Real-Time Observation of the Content of a Pfizer Vaccine Vial 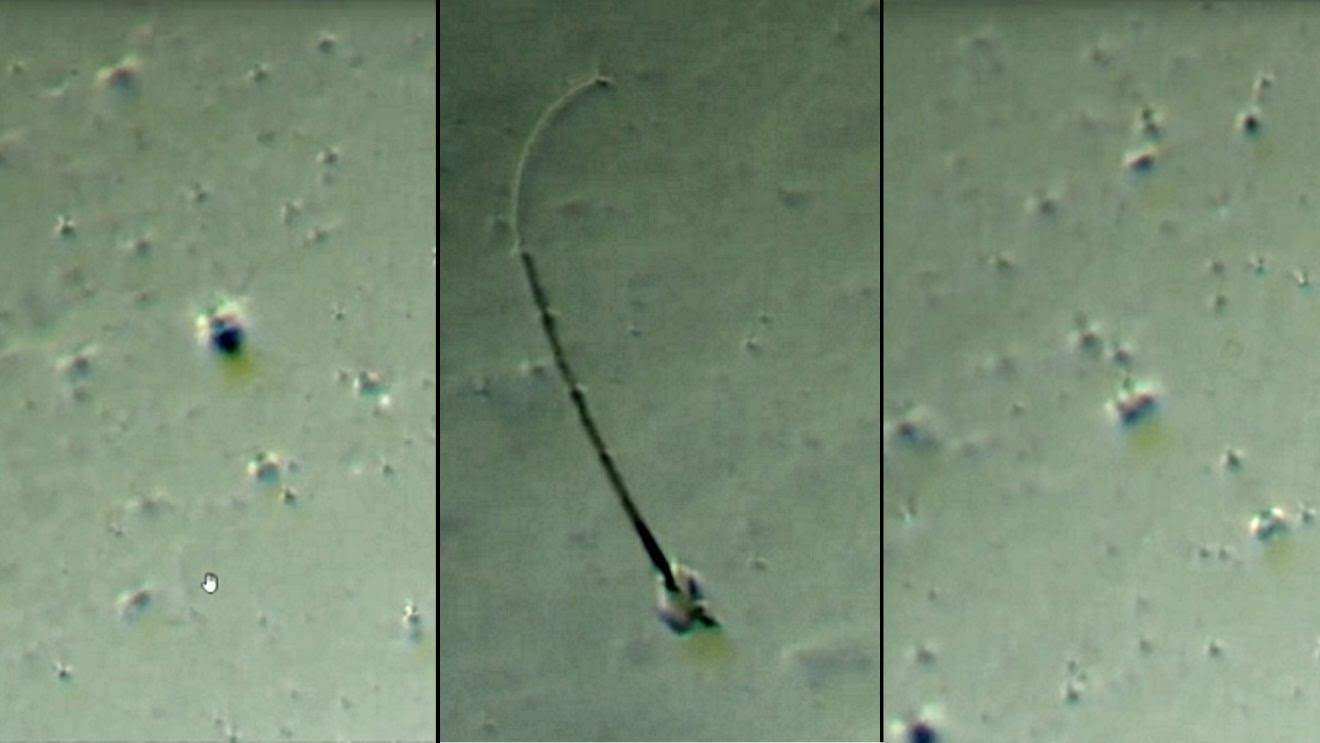 Real-Time Observation of the Content of a Pfizer Vaccine Vial
by Orwellito, Orwell City
December 29, 2021

La Quinta Columna dedicated its most recent program to show the substance contained in a Pfizer vaccination vial under an optical microscope.
In the following excerpt that Orwell City has brought into English, some of the main structures identified by the Spanish researchers can be easily observed.

Here you can see it directly. There’s the drop. You see it, don’t you? On the right, you see everything outside the drop. And on the left, you see everything inside the drop of a Pfizer vaccine. I’ll put it on full screen. I’m going to put it on full screen so you can see it. And I’m going to be talking over here.
There’s movement here already. That’s right. I’m going to see my screen. Done. There are different settings here. I have the maximum resolution and certain parameters, such as brightness, contrast, saturation, a gamma parameter, and so on. So it looks relatively good with this lens. I’m going to move the microscope towards me. Now let’s look the inside of the drop. Okay. Here we’re going to play with the relief. We’re going to look at the edges. Well, there you see some graphene-like objects. Like these right here. Those are, let’s say, on the surface. See?
I’m telling you, you shouldn’t see anything at all. When we give more relief when we play with the focus, we see other objects in the plane. Everything that we’re looking at right now is inside the drop, OK? Here at the edge, there’s something… No. It’s the relief of the drop itself. And we’re going to be doing a first probe, a first magnification (x). I’m playing with the focus. Playing with it directly through the whole sample until we find objects with certain patterns. But well, I’m going to the background. Look, here in the background, for example, you can see something. The famous nanotubes. Here in another plane, there’s another one. Look at what is in the center. Look what a strange formation, isn’t it?
Man! Juanma Moreno, what do you want to put in our bodies?
Well, let’s go on. There seems to be something here. Let’s see… Yes. They’re microbubbles, right? And there’s also a graphenic formation. In fact, there’s an evolution that can be seen over time. That is, as we continue to observe… There’s also a rare formation there. As we continue to observe, let’s say, you can see that it self-assembles. Let’s see if we’re lucky enough to see that self-assembly. Because you have to understand, guys, that right now we’re under significant radiation. You know which one. And through teslaphoresis mechanism, this prime material used in this vaccine, which is graphene, gets to act this way. Then we’re going to look at it with more magnification.
Well, here’s something. It has the shape of one of those famous Morgellons, right? Look at the shape, as it’s usually in two tips. It’s not very well focused. Let’s take a little picture of it, shall we?