OUT OF MIND » THE INSANITY OF REALITY » GOVERNMENT & THE NEW WORLD ORDER » ‘Where Is Peng Shuai?’

‘Where Is Peng Shuai?’

Source: DYLAN GWINN
Fans at the Australian Open were asked to remove tee shirts with the slogan “Where is Peng Shuai?” an allusion to the continuing mystery surrounding the whereabouts of a Chinese tennis star who accused that country’s vice president of rape.
As Breitbart’s Warner Todd Huston reports:

Early in November, Shuai posted a message to her Chinese social media account saying that she had been sexually abused in 2019 by Chinese Vice Premier Zhang Gaoli. But her Weibo account was quickly shut down and the post was deleted. Shuai then spent nearly a month in isolation, not being seen on her own in public for more than three weeks.

These events led to international worry and outcry over Peng Shuai’s safety.
On Saturday, in a widely shared video on social media, Australian police and event security officials can be seen telling a group of spectators that they would have to remove their “Where is Peng Shuai?” tee shirts. Due to rules set forth by Tennis Australia which ban political messaging.
“The Australian Open does have a rule that you can’t have political slogans … it’s a rule that it’s a condition of entry.

“Tennis Australia does set the rules, and regardless of what you’re saying — and I’m not saying you can’t have those views — but I am saying that Tennis Australia sets the rules here.
“[Security is] allowed to confiscate the shirts and the banner.”

Interestingly, journalists can ask questions about the Peng Shuai situation to players, but fans, seemingly, aren't allowed to.... #AusOpen 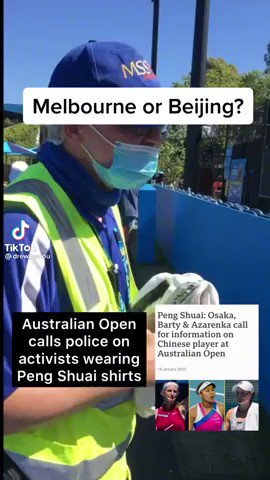 A spokesperson from Tennis Australia told ESPN that their decision to have security force the fans to remove the tee shirts was made for Peng Shuai’s “safety.”
“Under our ticket conditions of entry we don’t allow clothing, banners or signs that are commercial or political,” a spokesperson said via ESPN. “Peng Shuai’s safety is our primary concern. We continue to work with the WTA and global tennis community to seek more clarity on her situation and will do everything we can to ensure her well-being.”

Chinese Vice-Premier Zhang Gaoli makes a speech on October 20, 2016, in Beijing, China. (Wu Hong-Pool/Getty Images)
Of course, asking about the safety and whereabouts of a woman who mysteriously vanishes after accusing a ruthless regime member of rape is not a political act. Nor is there any evidence to suggest that increasing public awareness and attention to Peng Shuai’s case would put her life in danger. In fact, it was primarily due to public outcry and the Women’s Tennis Association that China felt it necessary to release an albeit heavily coerced video of the tennis star recanting her rape accusations against the Chinese vice president.


Even more troubling is that reporters attending the Australian Open are under no restriction from asking questions about Peng Shuai. If wearing a tee shirt asking “Where is Peng Shuai?” poses a threat to her life, one would think asking questions about her safety in a press conference would also pose a threat. Moreover, none of the athletes at the Open are forbidden from addressing the topic either.

WTA Council Member Victoria Azarenka said that there “hasn’t been that much development in terms of contact with Peng Shuai.”

Source: RT News
The situation surrounding Peng Shuai has been a central topic in the sports world since her November accusation of sexual impropriety against a senior Chinese government official led to fears about her safety and whereabouts.


Peng appeared to vanish for a prolonged period after the allegations swiftly disappeared from Chinese social media, then reappeared in a series of videos issued through state-affiliated media.
That led to tennis governing body WTA pulling events from its lucrative Chinese market until it is satisfied that Peng is safe and not being coerced into providing public updates. 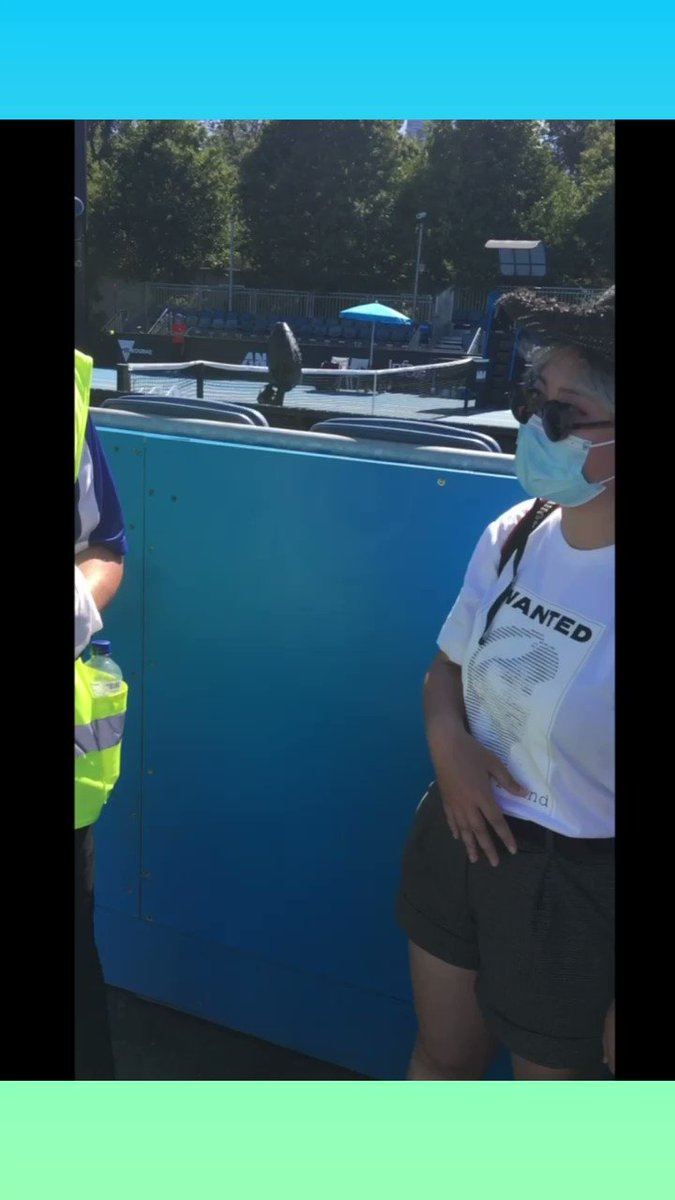 OUT OF MIND » THE INSANITY OF REALITY » GOVERNMENT & THE NEW WORLD ORDER » ‘Where Is Peng Shuai?’