Rarely do I redux a good people post, but Dan Price is one who is more than deserving of a replay.  In this day when corporations are making higher profits than ever and workers are suffering more than ever, it is so refreshing to see a company that takes care of its people first!  I think the CEOs of every major corporation should have to read about Dan Price and his company, Gravity Payments.  Since I first wrote about Dan back in June 2017 I have given a couple of updates and you’ll find the links to those at the end of this post.  You can also find Dan on Twitter.

“It’s not about making money; it’s about making a difference.” – Dan Price, CEO Gravity Payments
Many times in the past few years, I have commented, snarkily, about the notorious 1% … the group of wealthy magnates who, though they account for only 1% of the population, control more than 90% of the wealth of the nation.  It is what we have come to think of as the ‘income divide’ or the ‘income gap’.  It is a vicious circle.  Rich people buy companies, the companies make money, the rich people who own the companies take that money and use it to buy more companies that make more money … Meanwhile, they balk at raising the federal minimum wage above $7.25 an hour, or about $15,000 per year.
The following came onto my radar through one of the sources I typically troll in search of ‘good people doing good things’, and as soon as I read the first paragraph, I knew I had found my good-person-of-the-week!  I almost backtracked, as I came upon some controversy & critique, but after reading everything I could find, considering the sources of the criticism, I concluded that this guy is the real deal and worthy of this post.  Allow me to introduce you to Mr. Dan Price, the CEO of Gravity Payments, a credit card processing company on the west coast.

In March 2015, Dan Price was hiking with a friend, Valerie Molina, who lamented about being about being able to make ends meet on her $40,000 annual salary.  Listening to her was a bit of a wake-up call for Price, as many of his own 120 employees earned even less than his friend.  Then, he says, he recalled a paper by Nobel prize winners Daniel Kahneman and Angus Deaton, who found that people’s emotional well-being improves as their earnings rise, until their pay reaches about $75,000 a year, beyond which any additional earnings do nothing to increase happiness. Dan’s mind was made up that day, and he told his hiker-friend, “I’m going to pay all my employees minimum $70,000. I’m not sure exactly how I’m going to do it, I need to run the numbers, but I am. Is that crazy?”
And that is exactly what he did.  But that, in itself, is not the best part of the story in my view.  The best part is that he did it by reducing his own salary from $1.1 million annually to around $77,000 in order to cover the increases for his employees.  For the remainder, he has committed up to 80% of the company profits. According to Mr. Price, “That was the happiest I’ve ever felt. For me, it was the best money I’ve ever spent.”
But the road was not a smooth one, as he had his share of detractors, some disgruntled employees, and was even sued by his own brother!  Former Idiot of the Week, Rush Limbaugh:

“He is a good liberal, and he’s read that people are happy at 70 grand. What he doesn’t understand is, happiness does not equal productive. Happiness equals comfort. “Seventy grand, well, I can stop working hard,” is what it means.
Anyway, he’s not tying this to anything other than employment. He’s not tying it to performance. He’s not tying it to sales. This is pure, unadulterated socialism, which has never worked. That’s why I hope this company is a case study in MBA programs on how socialism does not work, because it’s gonna fail. My guess is that just like when Solyndra went south, there will not be a story on Gravity Payments succumbing to gravity and going under.”

Limbaugh wrote a very long-winded and critical piece on Mr. Price, the gist of which was that he is a socialist and his employees will become lazy and useless.  He has since been proven wrong, but remember … there is a reason he was Idiot of the Week last August.
Others were critical as well, saying he had an ulterior motive, or was doing it only for publicity.  Other entrepreneurs in the area were not happy, saying Price’s decision made them appear ‘stingy’.  And his brother, Lucas, who owned 30% of the company, filed a lawsuit claiming that Dan had “worked against his brother’s interest as a minority shareholder”.  Last July, a judge ruled in Dan’s favour, but nonetheless there is a rift now between the brothers.
Two employees resigned shortly after the announcement, saying that in their view it was unfair to double the pay of some new hires while the longest-serving staff members got small or no raises. There is some validity to that argument, but I still applaud what Mr. Price did, and perhaps if the employees had stayed, a compromise could have been reached.
The company’s success speaks for itself:  employee turnover is drastically reduced, business is booming, and net profits nearly doubled between 2014 and 2016.  While measuring happiness is not an exact science, the employees appear to be happy … so happy, in fact, that they all pitched in to buy Mr. Price a brand new Tesla automobile!
And perhaps even more important than what Mr. Price did for his own company is the ripple effect it has had, expanding to other companies who followed Price’s example:

Megan Driscoll, chief executive of biopharmaceutical recruiting firm PharmaLogics Recruiting also took a page from Dan Price’s book after hearing him speak, and increased her employee’s salaries from $37,500 to $50,000 … with commissions they will be earning $70,000 or more.  She says the results are remarkable … employee turnover has reduced, revenue has more than doubled, and the profit margin is steady.
No one person is going to reduce the disparity in incomes in the U.S., but it seems to me that Dan Price has, despite some overwhelming odds, done his fair share.  “Income inequality has been racing in the wrong direction,” he said. “I want to fight for the idea that if someone is intelligent, hard-working and does a good job, then they are entitled to live a middle-class lifestyle.”
Dan Price – a man who cares more about people than money.
If you are interested in reading more about Dan Price, his decision, and his company:
Interview on Today Show
About Gravity Payments
The Gravity of $70k 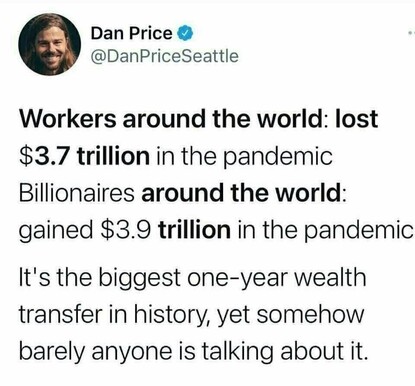