The White House wants to bring order to the ‘haphazard approach’ that is currently being employed by regulators to Bitcoin and cryptocurrency. 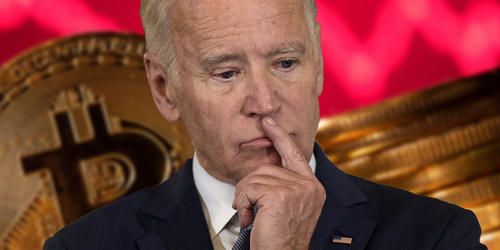 The White House wants to set out a cohesive set of policies to regulate Bitcoin and cryptocurrencies as currently legislation and its enforcement are scattered across sectors and agencies, according to multiple reports.
The Biden administration will release an executive order in the coming weeks to task federal agencies with assessing the risks and opportunities that Bitcoin and cryptocurrencies pose, Bloomberg first reported.
The order is set to come under the umbrella of national security efforts as the administration seeks to analyze cryptocurrencies and employ a cohesive regulatory framework that would cover Bitcoin, cryptocurrencies, stablecoins, and NFTs, Barron’s reported Thursday.

“This is designed to look holistically at digital assets and develop a set of policies that give coherency to what the government is trying to do in this space,” a person familiar with the White House’s plan told Barron’s.
“Because digital assets don’t stay in one country, it’s necessary to work with other countries on synchronization.”

The regulatory efforts would reportedly involve the State Department, Treasury Department, National Economic Council, and Council of Economic Advisers, as well as the White House National Security Council as the administration gauges that cryptocurrencies have “economic implications for national security,” per the Barron’s report.
The White House’s plan is to “bring order to the haphazard approach that the government is now using to regulate crypto,” the person told Barron’s. Currently, different aspects of the cryptocurrency market are dealt with by different agencies, including the Securities and Exchange Commission and the Commodity Futures Trading Commission, but there’s little coordination and consensus when it comes to the classification of the many different assets in the market.
According to the Bloomberg report, senior officials at the administration had held multiple meetings on the plan, and the directive is expected to be presented to President Joe Biden in the coming weeks.
[ZH: So let's just remind ourselves of how perceptions of bitcoin have changed over the years...]

[ZH: May we dare to suggest crypto has only become a 'matter of national security' for the US since the idea of Putin using it to get around US sanctions and the nuclear-threat of SWIFT-deactivation started to circulate.]

» Release of JFK Records Delayed Again, with Biden Citing Covid-19 and National Security
» Report: National Guard Turned Backs on Biden Motorcade
» The Only ‘National Security’ Necessary Is the Elimination of the ‘National Security State’?
» Biden to Sign Exec Order to Regulate Cryptocurrency
» “NO MATTER WHAT, DO NOT SELL YOUR BITCOIN Right NOW, HANG ON UNTIL $50K” - John MCAFEE Explains WHY!