‘He basically died, the ambulance was able to [resuscitate] him,’ dad says. The physician refused to acknowledge vaccine played any role.

A dad from Ireland says he feels guilty for getting his 10-year-old son vaccinated after the boy reportedly suffered a nearly fatal heart issue while playing at school.


In a solemn TikTok video, Sean Eile describes how the Covid-19 vaccine is given on January 15 almost led to his son’s death two weeks later.

The awakening will be tough for many. His 10yr old son had a heart attack 2 weeks after the . The hospital is denying any connection. This is why we fight !!!! 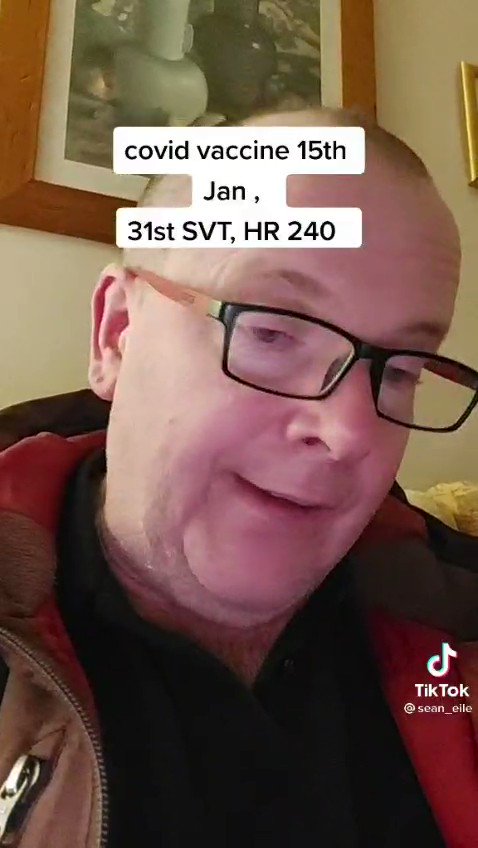 “Everyone in the house is vaccinated. I got my youngest son vaccinated on the 15th of January, and two weeks later, on the 31 of January, he was playing in school, and he had a… well I’ll show you,” Elie says holding up a printout of an EKG showing an extremely fast heart rate.
“He basically died,” Eile continued, adding, “The ambulance was able to [resuscitate] him.”
The man says despite the boy and his family never having suffered any past heart issues, doctors refused to acknowledge any possible link to the Covid-19 vaccine.
“We’ve been told, ‘No, it’s nothing to do with the vaccine…because it only happened once.’ I don’t know,” Eile said, before adding he feels “proper guilty” about getting the boy vaccinated.
“The fact that the consultant in the hospital denied any link so that it won’t be recorded as associated with the vaccine – that’s not good,” the dad says.
Watch the dad’s full TikTok below:
https://nworeport.me/2022/02/08/dad-suspects-vaccine-after-10-year-old-basically-died-from-heart-issue-on-playground/