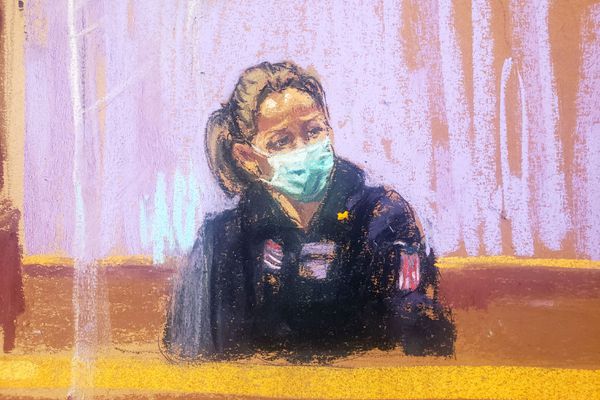 KRISTY KIRKUP AND MARIEKE WALSH
Now or Never
Tamara Lich, who was instrumental in organizing a convoy of trucks that blockaded the country’s capital for more than three weeks, was denied bail on Tuesday after her arrest last Thursday.
In making her decision, Ontario Court Justice Julie Bourgeois said the evidence shows that Ms. Lich was “one of the leaders of at least a group of people who obstructed, interrupted and interfered with the lawful use, enjoyment or operation of property in the downtown core of Ottawa by blocking and occupying streets in the downtown core.”
Justice Bourgeois found there is a “substantial risk” that Ms. Lich would reoffend if she was released, and that she would not follow a court order requiring her to stop the illegal activity she is accused of.
“If you continue this behavior it will endanger the protection and safety of the public,” the judge said.
While Justice Bourgeois acknowledged Ms. Lich does not have a criminal record, she said Ms. Lich’s recent behaviour in Ottawa shows that her “detention is necessary for the protection or safety of the public.”
“I am satisfied there’s a substantial likelihood that you will, if released from custody, commit a criminal offence more specifically, continue to behave or to counsel behaviour that wilfully obstructs, interrupts or interferes with the lawful use enjoyment or operation of property,” the justice said.
Ms. Lich, a founding member of the separatist Maverick Party from Medicine Hat, Alta., who started the GoFundMe page for the Freedom Convoy 2022, appeared in court wearing a surgical mask and a dark jacket. Among the evidence presented to the court by the crown were videos of Ms. Lich urging protesters to “hold the line” even in the event she was arrested.
A bail hearing took place Saturday for Ms. Lich, but the judge reserved her decision until Tuesday.
Ms. Lich faces several charges, including mischief and interfering with the lawful use and operation of property. She is due to appear in court again on March 2.
“There is no doubt here on conviction,” Justice Bourgeois said. “You are certainly facing a potentially lengthy term of imprisonment.”
“This community has already been impacted enough by some of the criminal activity, the blockades you took part of and even led. You have had plenty of opportunity to remove yourself and even others from this criminal activity, but obstinately chose not to and persistently counseled others not to either.”
A bail hearing for another convoy leader, Pat King, who livestreamed his own arrest on Friday, also began on Tuesday morning.
Mr. King is charged with mischief, counselling to commit the offence of disobeying a court order and counselling to obstruct police.
Justice of the Peace Andrew Seymour is presiding over Mr. King’s bail hearing.
Mr. King, a 44-year-old from Red Deer, Alta., appeared at the Ottawa courthouse on Tuesday in a grey hooded sweatshirt and pants. His COVID-19 surgical mask was often placed around his chin during the hearing.
On Tuesday morning, the Crown cross-examined Kerry Komix from Alberta. She said she came to the capital with Mr. King as part of the convoy and has offered to be his surety. Prosecutor Moiz Karimjee has been playing a series of videos of Mr. King for Ms. Komix.
Separate from Tuesday’s bail hearing, Ottawa lawyer Paul Champ confirmed that Mr. King was also was served Tuesday at the Ottawa courthouse. Mr. Champ has been representing central-Ottawa residents in a proposed multimillion-dollar class-action lawsuit against protest organizers.
Demonstrations in Ottawa were brought to an end in Ottawa on Sunday through significant police enforcement. Protesters in the city’s core were largely cleared out on Saturday. On Sunday police swept through a logistics camp a few kilometres east of the downtown. On Tuesday police were still maintaining a security perimeter around the core and on Parliament Hill to prevent new blockades.
Some protesters have decamped to a private property in Vankleek Hill, east of Ottawa to “regroup.” And on Monday Prime Minister Justin Trudeau said other protesters had gone to surrounding communities in Arnprior and Embrum and showed a “desire or an openness” to return to the blockades.
The risk of more obstructions of the downtown is why Mr. Trudeau said the government still needed to maintain its Canada-wide state of emergency declared last week. On Monday night, the House of Commons voted 185 to 151 to authorize emergency measures, with the NDP supporting the Liberals even as some of Mr. Trudeau’s own MPs questioned the need. The Conservatives and Bloc Québécois voted against the government.
The use of the Emergencies Act is now being debated in the Senate.
[…]
Via https://arwen567.wordpress.com/2022/02/22/key-ottawa-blockade-organizer-tamara-lich-denied-bail/