OUT OF MIND » THE INSANITY OF REALITY » ILLUMINATI AGENDA & WORLD DOMINATION » NY Times Ran Another Hit Piece on RFK, Jr. It’s Time to Hit Back.

The New York Times ran a front-page, 2,600-word hit piece on Robert F. Kennedy, Jr. Saturday. It’s time for us to hit back by emailing The Times and help set the record straight.
By
Toby Rogers, Ph.D.
Link copied 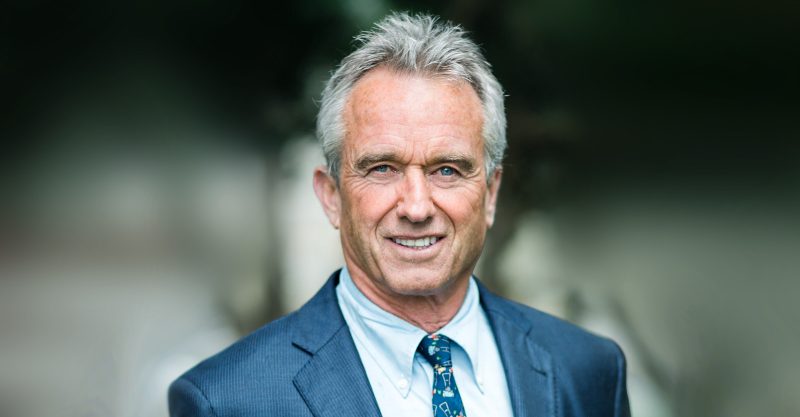 Miss a day, miss a lot. Subscribe to The Defender's Top News of the Day. It's free.
The New York Times ran a front-page, 2,600-word hit piece on Robert F. Kennedy, Jr. Saturday. Obviously this was in retaliation for the successful “Defeat the Mandates” march and rally in D.C. on Jan. 23.
The Times assigned the article to one of their senior writers, Adam Nagourney. The article was standard paint-by-numbers drivel. And the angle of attack was the same, “oh dear, Kennedy’s-relatives-must-be-so-disappointed-in him(TM)” line that we have now seen hundreds of times.
The structure of the hit piece tells us a lot about the bourgeois mind. Nagourney is trying to argue that RFK, Jr. is categorically wrong about the science of vaccines. We can have that debate, indeed we would welcome it.
But Nagourney never actually attempts to evaluate the science. Instead, Nagourney interviewed RFK Jr.’s relatives. That’s bizarre. Nagourney is making a SOCIAL argument in an attempt to rebut RFK, Jr.’s SCIENTIFIC arguments.

BUY TODAY: Robert F. Kennedy, Jr.'s New Book — 'The Real Anthony Fauci'
By way of analogy, imagine a 19th-century reporter contacting the relatives of Ignaz Semmelweis to get their thoughts instead of engaging with his insights into how to reduce deaths from puerperal fever. I suppose you could, but such an approach would shed no light on the central issue.
To sane people in the real world, it appears that Nagourney may have had one too many boosters. But to the bourgeoisie, Nagourney’s angle of attack makes perfect sense. To embarrass the family and to be excluded from polite society is the thing they fear most.
The reason the bourgeois gatekeepers write this exact same hit piece over and over again is because they think that it is the ultimate leverage point to use against Kennedy — the threat of social censure and banishment from polite society.
It literally never occurs to the bourgeoisie that one could evaluate the evidence for oneself and make an argument on the merits. Bourgeois’ arguments are ENTIRELY SOCIAL, their worldview consists of figuring out how to fit in and not make waves.
And that’s one reason why the bourgeoisie has gotten everything wrong about coronavirus from the beginning — they never actually evaluate data, they are trapped inside an epistemology that considers social standing the only valid form of evidence.
In other articles, when these mainstream “reporters” attempt to engage with the science, they make the same methodological mistake — they just call Hotez, Offit, Fauci etc. — the usual cast of characters with financial ties to Pharma.
So even when they pretend to make a scientific argument they are actually only making a social argument (“the elite tribe thinks this way, so you better obey like we do”).
RFK Jr. ‘s book, “The Real Anthony Fauci,” has sold more than 900,000 copies. It is the best-selling book in the U.S. over the last several months. It is 480-pages and has thousands of references.
The NY Times and nearly every mainstream publication have refused to review it. The book presents such a threat to the governing orthodoxies that mainstream media outlets have embargoed even the mention of its title.
Consistent with this pattern of journalistic malpractice, there is no evidence that Nagourney actually read “The Real Anthony Fauci” and the article makes passing reference to “a best-selling new book” but will not name the title.
The corrupt mainstream gatekeepers are terrified of what might happen if the people read the evidence for themselves.
Fascists do not deserve clicks. But I’m making an exception in this case because I’ve got a call to action below. You can find the article (here).
I’ve had it with these know-nothing bigots who cannot be bothered to engage in proper due diligence on the most important issue of our lifetime.
These stenographers for the cartel need to know that their time is up, their era is over and we will not put up with their bullying any longer.
Everyone at the NY Times has failed since day one of the pandemic and their grotesque cheerleading for the pharmaceutical industry has cost hundreds of thousands of American lives.

We are the majority now, let’s use our voice to right these wrongs.
So I am asking you to reach out to Nagourney to share your thoughts on his article. Please be respectful and polite, but he needs to be held to account for his actions. At a minimum I think it is fair to ask:

If you are looking for a subject line for your email, I suggest: Your hit piece on RFK, Jr. failed to meet even basic journalistic standards.
Robust debate is the lifeblood of democracy and science and we deserve better from the “paper of record.” If Nagourney is unable to engage with the scientific arguments in good faith, then maybe he should just sit this one out.
And the NY Times should be ashamed of itself — the article was clearly written for the purposes of gaining favor with pharmaceutical advertisers.
Here’s Nagourney’s contact information:
Email: Adam.Nagourney@nytimes.com
Twitter: @adamnagourney
Facebook: @AdamNagourneyNYT
Nagourney’s bosses need to hear from us too:
Dean Baquet
Executive editor
The New York Times Company
620 Eighth Avenue
New York, NY 10018
dean.baquet@nytimes.com
Joseph Kahn
Managing editor
The New York Times Company
620 Eighth Avenue
New York, NY 10018
joe.kahn@nytimes.com
Here are instructions for writing a letter to the editor (for possible publication in the newspaper):
Letters should preferably be 150 to 175 words, should refer to an article that has appeared within the last seven days, and must include the writer’s address and phone number.
To send a letter to the editor:


Blessings to the warriors.
Prayers for Tamara Lich and all of the political prisoners in Canada.
Originally published by Toby Rogers on Substack.

OUT OF MIND » THE INSANITY OF REALITY » ILLUMINATI AGENDA & WORLD DOMINATION » NY Times Ran Another Hit Piece on RFK, Jr. It’s Time to Hit Back.

» TIME Magazine runs vile hit piece against RFK Jr. for daring to tell the truth about mercury in vaccines
» Acrimonious Times Between Two Time Frames
» The Times Square Time Traveler - Rudolph Fentz Jumped to 1950 from 1876
» It’s Time to Roll Back the Mask Mandates, Not Ramp Them Up Ridiculously
» Man who treated stage III COPD with cannabis off all meds and back to work full time