OUT OF MIND » BREAKING NEWS & HOT TOPICS » COVID-19 » Woman Died of Blood Disorder After J&J Vaccine. CDC Says the Disorder Is Rare — But Is It?

Woman Died of Blood Disorder After J&J Vaccine. CDC Says the Disorder Is Rare — But Is It?

Woman Died of Blood Disorder After J&J Vaccine. CDC Says the Disorder Is Rare — But Is It?


U.S. health officials continue to say blood-clotting disorders like the one that killed 52-year-old Monica Melkonian two weeks after the J&J vaccine are rare — despite thousands of vaccine-induced blood-clotting events reported to the Centers for Disease Control and Prevention.
By
Megan Redshaw 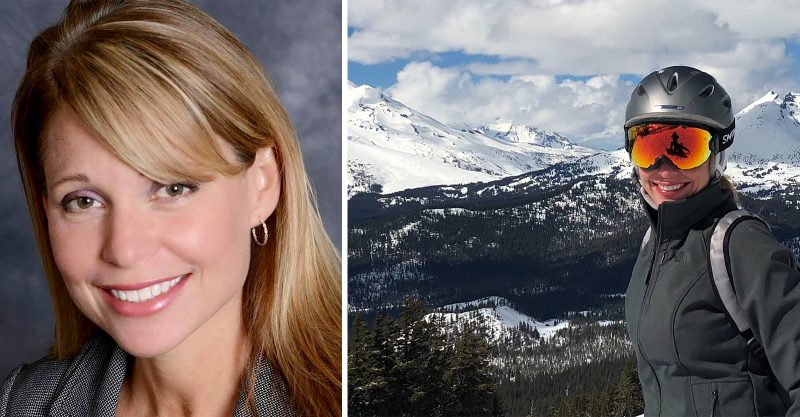 Miss a day, miss a lot. Subscribe to The Defender's Top News of the Day. It's free.
The husband of an Oregon woman who died last year from a blood-clotting disorder — two weeks after receiving Johnson & Johnson’s (J&J) COVID vaccine — spoke out publicly this week about his wife’s death.
Stan Thomas told NBC News he’s fighting to ensure his wife’s sacrifice is not forgotten.
“When it’s 8 million doses and two people are going to die from it,” Thomas said, “who thinks it’s going to be you?”
NBC News characterized the risk of harm in general from COVID vaccines as “a 1-in-a-million risk.”
And U.S. health officials continue to say blood-clotting disorders like the one that killed Thomas’ wife are rare — despite thousands of vaccine-induced blood-clotting events reported to the Centers for Disease Control and Prevention (CDC).

BUY TODAY: Robert F. Kennedy, Jr.'s New Book — 'The Real Anthony Fauci'
Monica Melkonian, 52, received her J&J shot at a vaccination clinic on April 7, 2021 —  the same day the CDC and U.S. Food and Drug Administration (FDA) temporarily paused the vaccine while they investigated numerous reports of a rare blood-clotting disorder called vaccine-induced thrombotic thrombocytopenia (VITT).
VITT is a sometimes fatal condition characterized by simultaneous acute thrombosis and thrombocytopenia that presents after receiving a COVID vaccine.
Melkonian’s most notable symptoms included a persistent headache and pain behind her left eye. But Thomas said she and her husband continued to work around their home and carry out their daily activities.
Her headache was mostly gone by April 17, but at 4 a.m the next day, Thomas heard his wife call out as she hit the floor. She experienced a seizure and could not move her right arm. Thomas, who immediately suspected a stroke caused by the shot, called 9-1-1.
“The progression of this was just lightning-fast,” Thomas said, “which I am tragically grateful for.”
At the emergency room, Thomas asked his wife to squeeze his hand once for “yes” and twice for “no” in an effort to communicate with her.
“The last thing that I said to her was that I loved her and asked her to squeeze my hand twice,” Thomas said. “She did.”
CDC investigates Melkonian’s death
The CDC on April 22, 2021, launched an investigation into Melkonian’s death.
“This blood clot was seen in combination with very low platelets,” the Oregon Health Authority wrote in a statement. “Prior to the issuance of the pause, cases of this serious blood clot had been identified among six women around the country who received the vaccine.”
Both Melkonian and her husband were “experts in the field of occupational health and safety” and were directly involved in the COVID pandemic response, Thomas said.
Both were aware of risks associated with COVID vaccines, but they believed the risks paled in comparison to the risks associated with the virus.
Thomas said he is steadfastly “pro-vax,” but questions whether health authorities have done enough to help people understand their options.

U.S. acknowledges only nine deaths from blood clots following J&J shot
To date, the U.S. has confirmed only nine deaths due to VITT caused by the J&J shot, NBC reported.
During the CDC vaccine advisory panel’s most recent benefit and risk assessment meeting, on Dec. 16, 2021, the agency acknowledged only 54 cases of blood-clotting conditions among J&J recipients, including nine deaths.
Thirty-nine of the 54 reported cases occurred before the CDC and FDA paused the vaccine in April to investigate its link to blood clots.
The CDC’s COVID-19 Vaccine Task Force said it excluded “reports where [the] only thrombosis is ischemic stroke or myocardial infarction” — a move that significantly reduced the number of blood-clotting cases included in the task force’s analysis.
According to the CDC website, most strokes (87%) are ischemic strokes. An ischemic stroke occurs when blood flow through the artery that supplies oxygen-rich blood to the brain becomes blocked — a condition often caused by blood clots.
Myocardial infarction is a heart attack that occurs when the heart muscle doesn’t get enough blood due to a blockage — such as a blood clot — in the arteries that supply blood to the heart.
Because rates were still higher than previously estimated among both men and women, the panel voted 15 – 0 to “preferentially recommend” mRNA COVID vaccines Pfizer and Moderna over the J&J shot for adults 18 years and older.
However, both the Pfizer and Moderna vaccines also are associated with blood-clotting disorders.
According to data compiled by “Our World In Data,” between Dec. 14, 2021, and Feb. 18, 2022, 18.36 million doses of the J&J vaccine had been given.
During this same time period, 13,216 reports of blood clotting disorders following COVID vaccine disorders were reported to the Vaccine Adverse Event Reporting System (VAERS), with 2,568 attributed to J&J’s vaccine.
Data from VAERS show there were 2,275 reports of blood-clotting disorders following J&J’s COVID vaccine between Dec. 14, 2020, and Dec. 10, 2021 — a far greater number than the 54 cases acknowledged by the CDC during its December advisory meeting.
Historically, VAERS has been shown to report only 1% of actual vaccine adverse events.

On April 13, 2021, federal agencies paused J&J’s COVID vaccine, marketed under its Janssen subsidiary, while they investigated the vaccine’s possible link to dangerous and potentially fatal blood clots.
During the April 23, 2021 meeting, the CDC’s vaccine advisory panel said it had identified 15 women diagnosed with rare blood clots, including three who died.
Only two of the women were older than 50, with the risk highest in women ages 30 to 39.
The CDC’s advisory panel said the link between blood clots and J&J’s COVID vaccine was “plausible,” but concluded the vaccine’s “benefits outweighed the risks” and recommended the vaccine for persons 18 and older in the U.S. under the FDA’s Emergency Use Authorization.
On April 26, 2021, the FDA amended its EUA for the J&J vaccine to reflect the risk of rare blood clots and said vaccinations could resume immediately.

OUT OF MIND » BREAKING NEWS & HOT TOPICS » COVID-19 » Woman Died of Blood Disorder After J&J Vaccine. CDC Says the Disorder Is Rare — But Is It?