One can only imagine how many thousands of post vaccine deaths could have been shown to be caused by vaccine shots if detailed, first-rate autopsies had been done and the results made public. 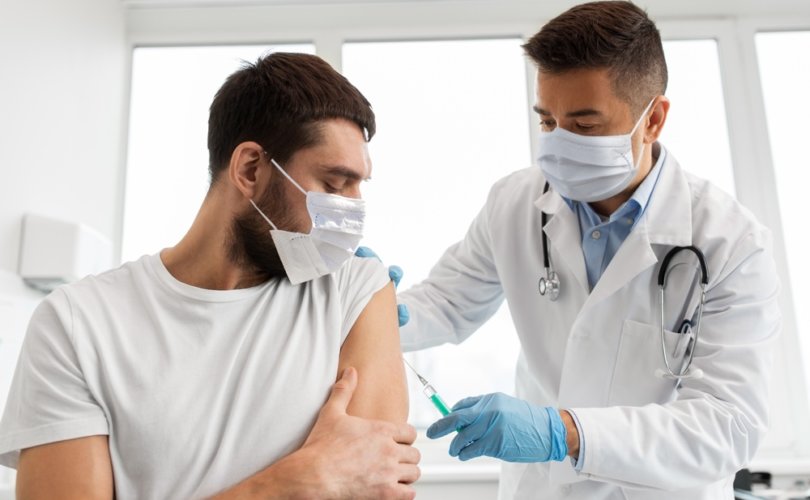 (TrialSiteNews) — Imagine parents finding their teenage sons dead in their beds in the morning with no prior indications that they were seriously ill. Imagine the heartache of parents who bought into the coercion and propaganda to get their kids vaccinated despite all the CDC data showing little risk of serious health impacts from COVID for children. Now their kids have died in their sleep shortly after getting the shots.
Note that an excellent article in June 2021 was titled: “If Covid-19 vaccines can cause heart inflammation, caution should be warranted in those at risk.” It said this: “Although most cases reported to date are mild and resolve without consequence, myocarditis can be a serious condition. It can cause severe declines in cardiac function; require hospitalization, artificial heart pumps, or even heart transplants; and may even be fatal.” The physician authors noted: “Yet as health care providers, we should not give the impression of minimizing serious complications like myocarditis in potentially at-risk individuals.” But who is at risk? It now seems clear that young males are at risk. Less clear is which adults are at risk, except we know it is men who are at most risk.

A recent medical article presented data on the frequency of myocarditis; here are its findings: “In this descriptive study of 1626 cases of myocarditis in a national passive reporting system, the crude reporting rates within 7 days after vaccination exceeded the expected rates across multiple age and sex strata. The rates of myocarditis cases were highest after the second vaccination dose in adolescent males aged 12 to 15 years (70.7 per million doses of the [Pfizer] vaccine), in adolescent males aged 16 to 17 years (105.9 per million doses of the [Pfizer] vaccine), and in young men aged 18 to 24 years (52.4 and 56.3 per million doses of the [Pfizer] vaccine and the [Moderna] vaccine, respectively). … This risk should be considered in the context of the benefits of COVID-19 vaccination.” But the benefits are minimal for healthy young people.
A compelling study
A recent detailed medical study was entitled “Autopsy Histopathologic Cardiac Findings in Two Adolescents Following The Second COVID-19 Vaccine Dose.” There have been many “messages” from the government and various medical establishment entities that post COVID vaccine myocarditis was not something to be very concerned about. But CDC VAERS data has revealed many such health impacts, especially in young boys or teenagers.
This article is so important because its detailed studies allow a definitive conclusion to be made that it was COVID vaccine shots that was the cause of the death of two teenage boys.
This article is written for medical professionals and, therefore, it is very difficult reading for non-medical people. Here is a summary of the key points made in the article.
Two teenage boys whose ages were not revealed died “suddenly and unexpectedly in their sleep” within the first week after receiving the second dose of the Pfizer COVID vaccine. They were found dead in their bed 3 and 4 days after vaccination. Both boys were pronounced dead at their homes. Both had not had COVID infection. And both did not have serious underlying medical conditions though one boy was obese.
They did not have cardiac symptoms. Neither boy complained of fever, chest pain, palpitations, or dyspnea (shortness of breath).
Detailed autopsies were performed by medical examiners. The detailed studies indicated that there had been an excessive inflammatory response that resulted in myocarditis. The myocarditis that was found was deemed atypical.
Testing was done on tissues, and no evidence of the COVID virus was found.

US  Canada  Catholic
Another medical study
Another recently reported study reported “two cases of histologically confirmed myocarditis after Covid-19 mRNA vaccination.” One person, a woman, survived, but the other did not.
The patient who died was a 42-year-old man who presented with dyspnea and chest pain 2 weeks after receiving the Moderna vaccine (second dose). He did not report a viral symptom, and a PCR test was negative for COVID. He had tachycardia and a fever, and his electrocardiogram showed something abnormal as did an echocardiogram. But coronary angiography revealed no coronary artery disease. Cardiogenic shock developed in the patient, and he died 3 days after presentation. An autopsy revealed biventricular myocarditis
Yet another myocarditis death
In this news story, the death of a young man was described. A 24-old man in New York died after several visits to an emergency room did not resolve his symptoms. He had received the Pfizer vaccine some weeks earlier. He got his shots so he could attend college in person. Before his death “he began coughing up blood and experienced pain in his feet, hands, and teeth. He also became extremely sensitive to sunlight.” He had no underlying medical conditions. The story noted: An autopsy report from the Bradford County Coroner’s Office shows George Jr. died from “COVID-19 vaccine-related myocarditis. “The cause of death is the COVID-19 vaccine-related myocarditis,” Timothy Cahill Jr., Chief Deputy Coroner for Bradford County, said.

» Brazilian President tells WHO Director “People are Dying” After COVID Shots – Pleads with WHO to Publicly NOT Recommend it for Children
» People Now Dying Following the Experimental Johnson and Johnson COVID Injections
» Covid Jabs To Be Made Mandatory For Over-50s In Italy
» Doctor Explains How You Can Use an Antidote After Forced COVID Jabs
» Are doctors failing to record bad reactions to Covid jabs?