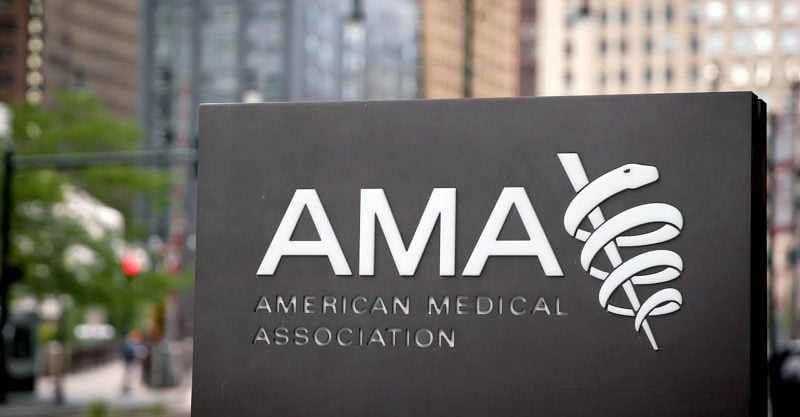 Miss a day, miss a lot. Subscribe to The Defender's Top News of the Day. It's free.
The American Medical Association (AMA), in a press release on March 4, warned against the Biden administration’s test-to-treat plan saying the approach “flaunts patient safety and risks significant negative health outcomes.”
“The AMA is pleased the administration is ramping up supply of antivirals so in the near future they will be broadly available,” the organization said. “But, in the meantime, establishing pharmacy-based clinics as one-stop shopping for COVID-19 testing and treatments is extremely risky.”
The AMA said the plan was “well-intentioned” but claimed it oversimplified challenging prescribing decisions by “omitting knowledge of a patient’s medical history, the complexity of drug interactions and managing possible negative reactions.”
The AMA noted for example, that [url=https://childrenshealthdefense.org/defender/fda-process-emergency-authorization-pfizer-merck-covid-pills/cy Authorization of Pfizer, Merck COVID Pills Not Based on Science%09https://childrenshealthdefense.org/defender/fda-process-emergency-authorization-pfizer-merck-covid-pills/]Pfizer’s Paxlovid[/url] — a COVID antiviral pill Biden would make available through the test-to-treat plan — is 88% effective at preventing hospitalization and death.

BUY TODAY: Robert F. Kennedy, Jr.'s New Book — 'The Real Anthony Fauci'
However, Pfizer’s drug also has six pages of [url=https://www.fda.gov/media/155050/download#:~:text=The U.S. Food and Drug Administration (FDA) has issued an,at least 40 kg) with]drug interactions[/url], including interactions that “may require a patient to hold, change or reduce doses of other medications.
Molnupiravir, Merck’s COVID pill has use restrictions, the AMA said. “It is not authorized for people under 18 because it can affect bone cartilage growth, and it should not be used during pregnancy or while breastfeeding.”
The AMA continued:
“Pharmacy-based clinics typically treat simple illnesses such as strep throat. Yet, COVID-19 is a complex disease and there are many issues to consider when prescribing COVID-19 antiviral medications. Leaving prescribing decisions this complex in the hands of people without knowledge of a patient’s medical history is dangerous in practice and precedent.
“We urge patients who test positive for COVID-19 to contact their physician to discuss treatment options. COVID-19 is not strep throat — it is a complicated disease that has killed nearly 1 million people in the United States.”
According to the AMA’s website, the organization describes itself as the “physicians’ powerful ally in patient care” and claims to “represent physicians with a unified voice to all key players in health care.”
Its mission is centered around removing obstacles that interfere with patient care, preventing chronic disease, confronting public health crises and driving the future of medicine.
As The Defender reported on March 3, Biden last week announced a new “test-to-treat” initiative during his State of the Union address that would allow Americans who test positive for COVID at a pharmacy to obtain free antiviral pills “on the spot.”
Biden said the new initiative is a ​​key part of a revamped national strategy to return the country to normal.
According to a White House official, the plan involves hundreds of one-stop-shops that in March will open across the U.S. at retail locations including CVS, Walgreens and Kroger — with plans to expand over time.
The program would be a multi-billion dollar windfall for pharmaceutical companies like Pfizer and Merck, who manufacture the two COVID antiviral pills that would be made available under the program.
Experts immediately responded to the news, expressing concern the test-to-treat plan would allow patients to bypass doctors — the [url=https://www.merriam-webster.com/legal/learned intermediary doctrine]learned intermediaries[/url] between patients and the pharmaceutical companies who are obligated to warn patients of the risks associated with a particular medication.
Dr. Madhava Setty, senior science editor at The Defender, said the Biden administration’s test-to-treat plan is an “audacious attempt to undermine the doctor-patient relationship.”
“Are physicians going to let our government directly treat patients at so-called “one-stop shops” with yet-to-be-approved agents?” Setty asked. “Not for long.”
Setty said the plan will backfire as doctors “put up stiff resistance” to a plan that will negatively impact patients’ health.
Despite the erosion of trust the public has for the medical system, people still trust doctors’ opinions more than the bureaucrats who are openly colluding with Big Pharma,” Setty said. “This plan will backfire in our government’s face for all to see.”


FDA panel expressed concerns over molnupiravir, Paxlovid despite authorization
The U.S. Food and Drug Administration (FDA) in December, issued Emergency Use Authorization (EUA) for both Merck’s molnupiravir and Pfizer’s Paxlovid antiviral pills despite serious concerns raised by the agency’s advisory panel.
In a narrow 13 to 10 vote, members of the FDA’s Antimicrobial Drugs Advisory Committee narrowly recommended molnupiravir for use in adults with mild-to-moderate COVID who are at risk for severe disease or hospitalization.
According to an interim analysis of a clinical study provided by Merck to the FDA, molnupiravir cut the risk of hospitalization or death in half.
Among people who got the drug, 7.1% were hospitalized or died, compared with 14.1% who got the placebo. However, the final analysis released Nov. 26, 2021, showed only a 30% reduction in the risk of hospitalization or death.
The FDA’s summary showed patients in the group treated with the drug during the second half of the study were more likely to be hospitalized or die than those who received the placebo.
In other words, protection against death seen in the first half of the study didn’t hold up in the second half.
When asked about the discrepancy by committee chairperson Lindsey Baden, director of the Division of Infectious Diseases at Brigham and Women’s Hospital, Merch Senior Vice President Nicholas Kartsonis said, “I don’t have a satisfying answer to your question.”
During the meeting, experts asked whether molnupiravir could cause harmful mutations in the spike protein of the virus — which is the target of COVID vaccines — as the drug works by causing a “cascade of disabling mutations” in the SARS-CoV-2 virus, making it difficult for the virus to replicate.
But adding mutations to the virus could theoretically lead to new versions of the virus, a concern expressed by several panel members.
The FDA acknowledged in documents made available before the meeting that molnupiravir may increase the rate of changes in the virus’s spike protein, “which, in theory, could enhance SARS-CoV-2 spike protein evolution.”
Experts have expressed similar concerns about Paxlovid. According to Steve Kirsch, executive director of the Vaccine Safety Research Foundation, Paxlovid was approved by the FDA without any external meetings or disclosure.
“There was no opportunity for public input,” Kirsch said. “Essentially it was all done behind closed doors.”
Paxlovid is a protease enzyme inhibitor, which will inhibit or decrease the protease enzyme interfering with the virus, but the drug does not have a proven safety profile like ivermectin does, Kirsch said.
According to Pfizer’s website, “There is limited information about the safety and effectiveness of using Paxlovid to treat people with mild-to-moderate COVID-19” and “all of the risks are not known at this time.”
Pfizer’s “Fact Sheet for Healthcare Providers” encourages physicians to “consider the potential for drug interactions prior to and during Paxlovid therapy” and to “review concomitant medications during Paxlovid therapy and monitor for the adverse reactions associated with the concomitant medications.”
As The Defender reported on March 7, hydroxychloroquine (HCQ) and curcumin have effectiveness comparable to Paxlovid. In addition, despite Paxlovid’s potential effectiveness against moderate-to-severe COVID, it is associated with more serious side effects and is considerably more expensive than non-patented alternatives.

BUY TODAY: Robert F. Kennedy, Jr.'s New Book — 'The Real Anthony Fauci'
Government prioritizes expensive drugs for COVID, cracks down on alternatives
Multiple studies have shown the safety and efficacy of inexpensive drugs, such as oral HCQ and povidone-iodine throat spray and ivermectin and doxycycline monotherapy, for treating COVID.
Yet the government is cracking down on physicians who prescribe these drugs for their patients while prioritizing expensive experimental drugs like Paxlovid and molnupiravir — allowing people to get “investigational drugs” at “one-stop-shops” without any physician oversight.
According to a study on Cornell University’s preprint website, researchers used computational analyses to evaluate the performance of 10 medications against the Omicron variant.
Researchers found ivermectin outperformed all of them, including Pfizer’s Paxlovid, which cost taxpayers $5.29 billion and costs $529 per course of treatment.
Ivermectin was shown to reduce the viral load by inhibiting replication, reduce infection by 86% when used preventively, reduce recovery time, protect against organ damage, lower the risk of hospitalization and death. It only costs between $48 and $95 for a course of treatment depending on location.
Ivermectin is also exponentially cheaper than molnupiravir, but due to generic drug substitution rules at pharmacies, Merck — which also manufactures ivermectin — could spend millions of dollars to get a COVID indication for ivermectin and then effectively get zero return.
American taxpayers funded the development of molnupiravir through a $19 million grant from the National Institute of Allergy and Infectious Diseases. Merck’s cost to produce one treatment is $17.74 — but the U.S. government agreed to pay $712 per treatment.
Robert F. Kennedy, Jr., CHD chairman and chief legal counsel, told The Defender taxpayers are paying billions for vaccines that don’t work, they get COVID anyway and end up paying billions more to the same pharmaceutical companies for an inferior treatment.