Emergency medicine physician Dr. Chris Milburn, on an episode of “RFK Jr. The Defender Podcast,” described how he was fired for publicly questioning the viability of COVID-19 lockdowns and vaccine mandates, and how a divisive political climate paved the way for authoritarianism. 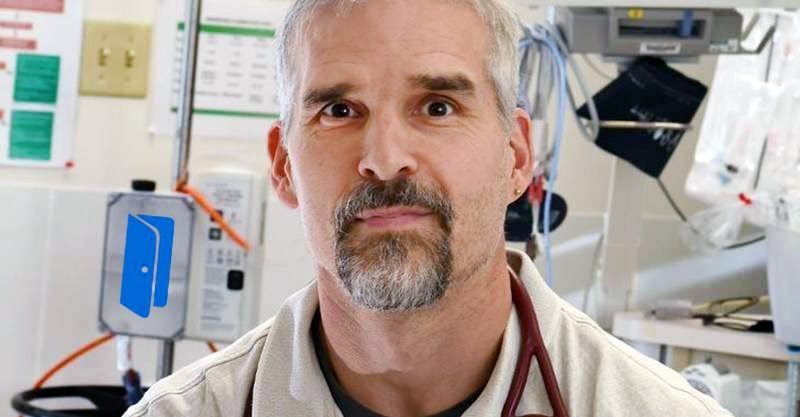 Miss a day, miss a lot. Subscribe to The Defender's Top News of the Day. It's free.
In an interview with emergency medicine physician Dr. Chris Milburn on “RFK Jr. The Defender Podcast,” Robert F. Kennedy, Jr. and Milburn discussed how physicians can stand up for their right to treat patients honestly.
Kennedy introduced Milburn:
“He has a background in heart science and a long history of involvement with public health — nationally, provincially and locally. His strong commitment to free speech and scientific integrity put him at odds with a medical profession that is increasingly politicized and unwilling to tolerate debate — especially in the age of COVID.
“In 2021, [Milburn] was fired from his job as director of emergency medicine for the Eastern Zone of the Nova Scotia Health Authority and accused of the crime of creating vaccine hesitancy, for speaking out against mandatory COVID vaccination school closures — and for suggesting that the medical officers of health had been granted a dangerous amount of power.”
Milburn was fired as the head of an emergency room in Nova Scotia when he publicly questioned the viability of lockdowns and mandated vaccination.
Milburn told Kennedy:
“I saw that people’s ability to work, to go into a restaurant, to travel — was going to be dependent on them taking what I saw as an experimental vaccine. I believe that’s what it was — I really thought that was wrong.
“Now, the problem that I ran into, the conflict, was that the medical establishment and the medical officers of health were presenting this vaccine right off the top as something that was proven to be safe and effective. And I don’t know how many times I heard the word safe and effective together to describe the vaccine. Sure we’ve used it in billions of people now, but we’ve only used it over a short amount of time.”
Milburn and Kennedy discussed the interconnection between politics and medicine, and the dramatic inconsistencies in government policies.

Kennedy summarized the economic impact of the COVID response:
“There’s a hundred million children who were pushed into food insecurity that came from COVID. The impacts of lockdowns are much more dramatic.
“If you were rich, if you lived in Beverly Hills or Greenwich, Connecticut, the lockdown was just a pajama party, with Door Dash delivering food to you. But if you go into the poor neighborhoods — to Harlem or Compton —  there were padlocks on the basketball courts and people were locked down —  and children were locked in homes, deprived of schooling — IQ points among children dropped 22 points.
“According to the Brown University study, you had a $3.8 trillion shift in wealth to billionaires. We created 500 billionaires during the pandemic.”
After being fired, Milburn and his wife, Dr. Julia Kerwin, continued to speak out against mandates and began writing articles about medical freedom on their substack page.
They are also planning a yearly conference on controversial issues in medicine.
Milburn described how the divisive political climate allowed an authoritarian approach to the pandemic:
“One of my favorite sayings in medicine is by one of the very famous physicists, Richard Feynman, who said, ‘Science is the belief in the fallibility of experts.’
“So right off the top, if it’s science, nobody has the final word — that’s the definition of science. But what we did immediately, almost within the first month of lockdown here, and I believe it was the same in the U.S. — is we just basically bowed down in front of a statue.”
Kennedy responded :
“We know this was not a public health response to this — it was not public health. It was a militarized, police-state response, to compel people to do things.
“In any pandemic in history, if somebody comes with a convincing cure, there’s nobody in the society who won’t rush to get it. But what do you say about a cure that has to guarantee liability against litigation? It has to be compelled on people, repeatedly, that it will stop transmission. It doesn’t stop transmission, and can’t stop the pandemic, but it’s going to reduce your chance of severe illness. Now we know that that’s not true and everything about the data are now showing it was a lie.
“But those of us who ask questions are isolated and marginalized, vilified, and punished —  and in your case, fired.”

» Delta CEO Tells New Employees: ‘Get the Vaccine or Your Ass Is FIRED’
» PHD Doctor Fired, & Jailed for Exposing Vaxines
» Top Doctor Fired After Speaking Out Against ‘Deadly’ Flu Shot
» Indiana tells fired unvaccinated Chicago cops to come work there – no covid vaccines required
» NHS Doctor Tells Patient NOT to Take Covid Vaccine Because They Will Be PULLED Soon