OUT OF MIND » THE INSANITY OF REALITY » FINANCIAL COLLAPSE » Biden Executive Order Outlines Plan for Central Bank Digital Currency as the U.S. Dollar’s Status as the #1 World Currency is Almost Over

Biden Executive Order Outlines Plan for Central Bank Digital Currency as the U.S. Dollar’s Status as the #1 World Currency is Almost Over

Biden Executive Order Outlines Plan for Central Bank Digital Currency as the U.S. Dollar’s Status as the #1 World Currency is Almost Over Tue Mar 15, 2022 10:13 am

Biden Executive Order Outlines Plan for Central Bank Digital Currency as the U.S. Dollar’s Status as the #1 World Currency is Almost Over 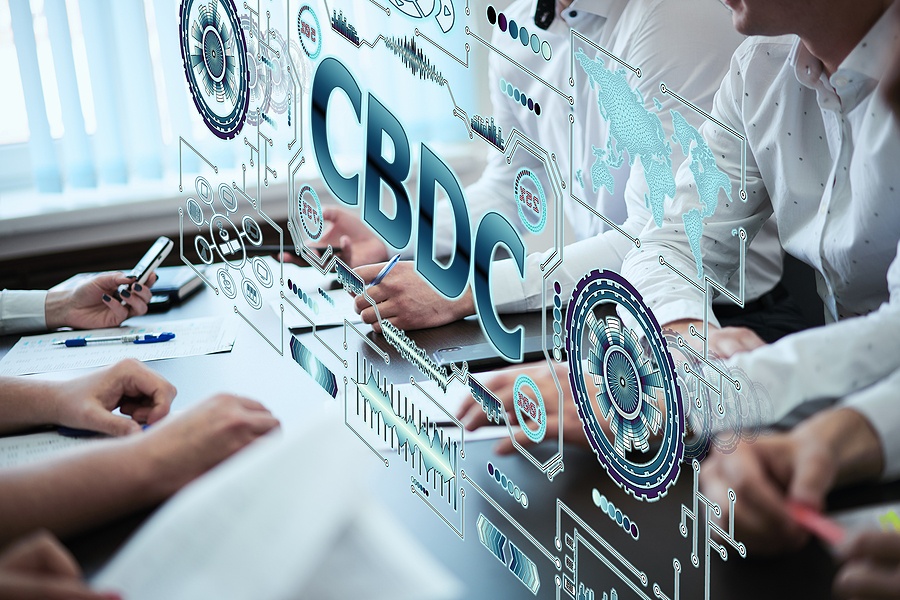 by Brian Shilhavy
Editor, Health Impact News
Last week the White House published the “Executive Order on Ensuring Responsible Development of Digital Assets” that will pave the way to a Central Bank Digital Currency (CBDC) while regulating, and possibly eliminating, all competing cryptocurrencies.
This is the end game for the Great Reset, which started with the COVID Plandemic in 2020, and is being further advanced today with the war in the Ukraine.
The Globalists who run the world’s financial systems are mostly bankers, and they know that “payday” is almost here now, while the masses are mostly clueless and just assume that the world’s economy, particularly in the West, will just continue on forever running up debt and creating fiat cash out of thin air, not realizing that at some point people need to stop consuming and start producing something.
The end goal for the Globalists here is the complete replacement of fiat currencies and hard cash with digital money that is controlled by the Central Banks.
Just how far they are able to advance to reach this end goal is dependent upon YOU, the consumer, and how willing you are to resist, and to change your way of living to start moving into the segment of the population that produces goods and services, rather than depend upon “the system” to take care of you and provide everything for you.
Because once that “system” eliminates cash and local currencies in favor of CBDCs, then your slavery to that system will be complete, and there will be NOTHING you can do without their permission.
Much of the Biden EO on digital currencies give 6 months to plan most of how this will be implemented, but don’t be fooled into thinking you still have a lot of time to prepare for this, because China is already far ahead of the U.S. in moving to a financial system based on CBDCs, and the U.S. is playing catch up at this point. The days of the U.S. dollar being the world’s #1 currency are almost over now.
The current financial system is hanging on by a thread, and that thread can snap at any point, any day now. Massive food shortages await Americans, and have already begun in poorer countries around the world, which will cause massive social unrest.
At any point an attack on our infrastructure, such as power grids and the Internet, or a military strike on our military bases such as a nuclear attack, could crash the financial system and leave people almost completely helpless if they are not prepared to live outside of “the system.”
And if you are one of the believers in cryptocurrencies and believe that you have found a safe haven there, you are in for a rude awakening. Just ask the 25,000 Russians who were locked out of their digital wallets last week.

I had a few comments from cryptocurrency believers email me after I published that article, telling me I was wrong, stating, among other things, that digital wallets do not have to be stored at the digital currency exchanges, as if that really mattered.
Even if you have all of your digital currencies stored on a local computer that is not connected to the Internet, what good is that going to do you if the power grid and Internet go down? Even if you have backup power to run your computer or device where your digital wallet is, what do you plan to do with that “digital currency” when you cannot access the Internet?
Bitcoin, the largest of current cryptocurrencies, is probably on the way out due to its “energy-intensive computing process known as proof-of-work.”
The Biden EO just published has plenty to say about “climate change,” and there can be no doubt that they are targeting Bitcoin and its power hungry methods for “mining.”

We must take strong steps to reduce the risks that digital assets could pose to consumers, investors, and business protections; financial stability and financial system integrity; combating and preventing crime and illicit finance; national security; the ability to exercise human rights; financial inclusion and equity; and climate change and pollution.

If we have learned anything from the past two years during COVID, it is that the U.S. Government has ZERO interest in protecting us from anything, but instead is suspending all rule of law through emergency orders with the goal of controlling every aspect of our lives.
The current cryptocurrencies are a threat to the U.S. Government and the Bankers who control the world’s financial system, and not a threat to “consumers, investors, and businesses” that need to be “protected” by the U.S. Government.

What Can you Do to Prepare for the Move to CBDCs?

The implementation of CBDCs and the replacement of cash is a train that has left the station, and it is not coming back.
China is already in the implementation stage, as CNN Business reports:

China, the world’s second-largest economy by gross domestic product, soft-launched its digital renminbi in January and the CBDC already boasts more than a hundred million users. All told, around 100 countries are exploring CBDCs at one level or another, International Monetary Fund managing director Kristalina Georgieva said during remarks at the Atlantic Council think tank last month.
“We have moved beyond conceptual discussions of CBDCs and we are now in the phase of experimentation,” Georgieva said. “Central banks are rolling up their sleeves and familiarizing themselves with the bits and bytes of digital money.”
David Yermack, the finance department chair at New York University’s Stern School of Business, told CNN Business that it is now “inevitable the entire world will be issuing money in this way.”
In the United States, the pandemic propelled demand for cashless payment methods and many Main Street investors have embraced cryptocurrencies like bitcoin and ethereum, putting pressure on the government not to fall behind on the trend. (Source.)

OUT OF MIND » THE INSANITY OF REALITY » FINANCIAL COLLAPSE » Biden Executive Order Outlines Plan for Central Bank Digital Currency as the U.S. Dollar’s Status as the #1 World Currency is Almost Over