Source: Zero Hedge
A New York City mother who asked Mayor Eric Adams why he reneged on his promise to “unmask our toddlers” was fired shortly after putting Adams on blast.
According to the NY Post, Daniela Jampel – who was an assistant corporation counsel in the city Law Department, learned she was fired ‘less than an hour’ after confronting the Mayor at an unrelated LGBTQ event which had a podium banner reading “Come to the city where you can say whatever you want.”
“Three weeks ago, you told parents to trust you that you would unmask our toddlers,” said Jampel. “You stood right here, and you said that the masks would come off April 4. That has not happened.”
When City Hall staffers attempted to cut Jampel off, Adams told them to let her speak – only to condescend to her by telling her she needed to “come to a conclusion.”
Watch:

New York City mom of three confronts Mayor Adams for his absurd masking requirement on kids ages 2-4, gets fired within an hour for this question. 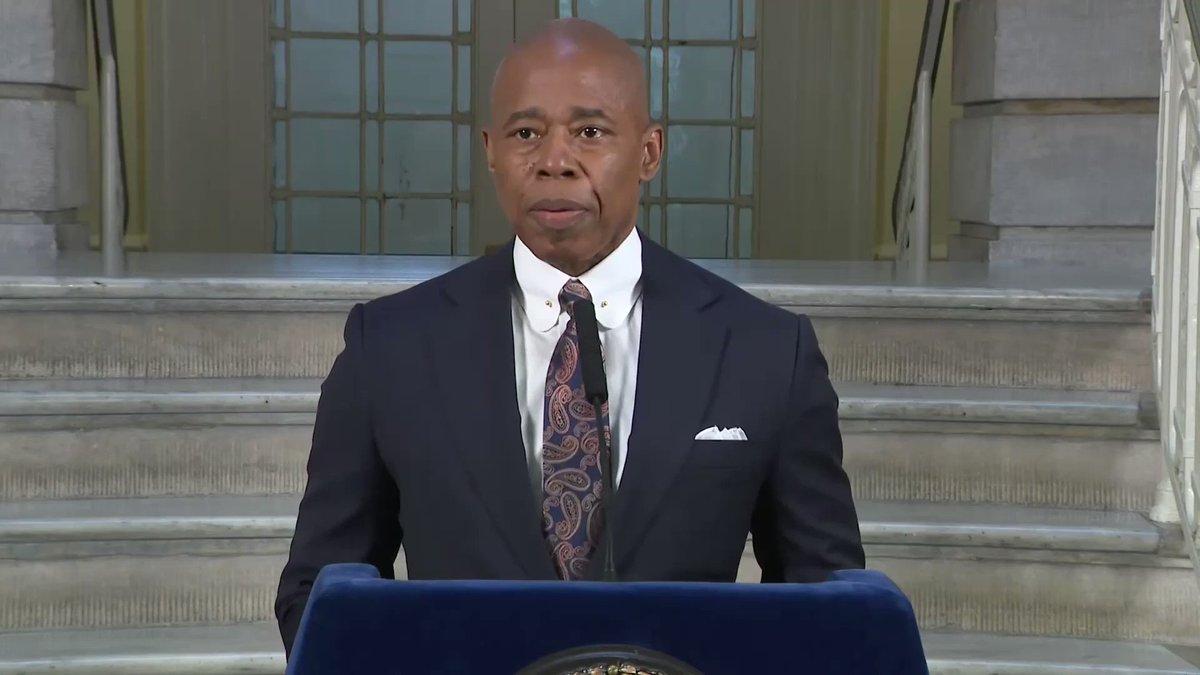 Sources close to the matter said Jampel — a leading local critic of the toddler mask mandate and pandemic school closures — was informed by email shortly after the presser that she was fired.
The Law Department’s spokesman confirmed to The Post that Jampel was terminated Monday, although the rep said the decision to fire her was made “prior to today.

According to a city spokesman, the decision to fire Jampel had previously been made – and her ‘decision to lie’ and say she’s a journalist caused them to do it that day.
“We hold all of our employees to the highest professional standards. In public statements, Ms. Jampel has made troubling claims about her work for the city Law Department. Based on those statements, the decision had been made to terminate her prior to today.”
“Today’s events, however, which include her decision to lie to City Hall staff and state she was a journalist at a press conference, demonstrate a disturbing lack of judgment and integrity. As of today, she is no longer an employee of the Law Department.”
Jampel, a mother of three who has been out on maternity leave for the past 8 months, and co-founded an advocacy group against pandemic restrictions in schools, told the Post that she is “retaining counsel and will not litigate in the press.”
A ‘source familiar with the matter’ told the Post that Jampel was in good standing with her bosses ‘as recently as mid-February,’ pointing to the approval of a request for extended maternity leave.

City sources say the decision to terminate Jampel came Friday after she wrote a tweet criticizing Adams for upholding the toddler mask mandate and said her job with the city entailed defending “cops who lie in court, teachers who molest children, prison guards who beat inmates.”
“It is a job I have done proudly. Until tonight. Fighting to keep masks on toddlers is shameful. I am ashamed of my office,” Jampel wrote. -NYP

Jampel attended an anti-toddler-mask rally around two weeks ago, and was quoted by the Post for saying Adams was “not following the science.”
“This is making a mockery of the science. This is playing us for fools,” she said. “New York state recognizes the science. Everywhere else in New York state — 10 miles away in Nassau County, 10 miles away in Westchester County — toddlers are allowed to take off their masks along with their older brothers and sisters.”
But “our mayor and our new health commissioner tell us it’s not safe for toddlers to take off their masks.”