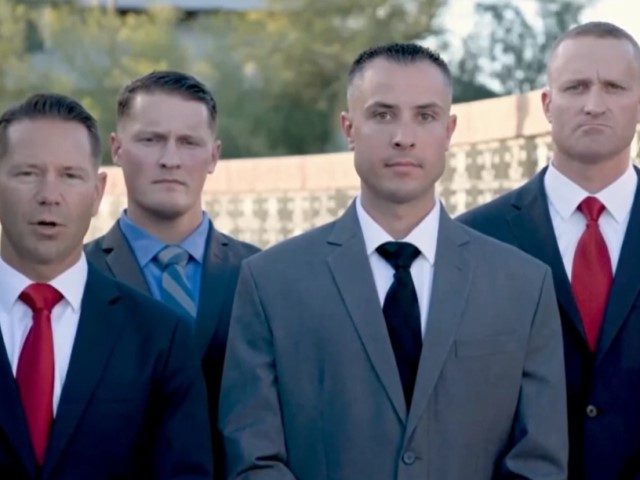 Six active duty Marines are speaking out against the Biden administration’s coronavirus vaccine mandate in a video that was aired during an anti-vaccine-mandate rally in Los Angeles on Sunday.
The video marks one of the most public displays by active duty service members of opposition to the mandate, which was ordered by Defense Secretary Lloyd Austin last August.

In the video, the six pilots — including the first female Marine F-35C pilot — speak about the effect their opposition to the mandate has had on their lives. They all face discharge from the military, the loss of benefits, or have faced some punitive measures.
Marine Lt. Col. Scott Duncan, a former Top Gun instructor and F-35 pilot, begins the video saying he was competitively selected to command an F-35 squadron, but that was rescinded due to his opposition to the vaccine mandate.
“I was competitively selected to command an F-35 squadron. That achievement took 18 years and seven months and was recently taken away because my religious accommodation and appeal both came back denied,” he said.
Marine Capt. Joshua Hoppe, an MV-22 Osprey pilot with just over nine years of service, said that if the mandate is not rescinded, “I will likely be removed from service, charged with misconduct, and the educational benefits that I’ve transferred to my children will be removed.”
“This mandate infringes on our religious freedoms and is being unlawfully enforced. I have sworn an oath to support and defend the Constitution of the United States against all enemies, foreign and domestic. I will not abandon that oath,” Hoppe said.
Marine Capt. Nick Morrison, active duty Marine F-35 pilot with just under six years of service, said he is facing discharge after his religious accommodation request was denied.
“Absent intervention from our judicial branch or our senior military leadership, I face involuntary separation from our beloved corps after my religious accommodation request was wrongfully denied. These injustices being carried against an officer are likely occurring at even greater scale to our junior Marines. When we took the voluntary oath of service, we did not surrender our constitutional right to exercise religious freedom,” he said.
Marine Capt. Catherine Stark, the Marine Corps’ first female F-35C Lightning II pilot, said in the video, “This past year, the policies in place have led to me being personally targeted and discriminated against. I pray to my Lord and Savior Jesus Christ that the military can reverse the mandate and respect my religious and moral beliefs as well as my legitimate health concerns.” 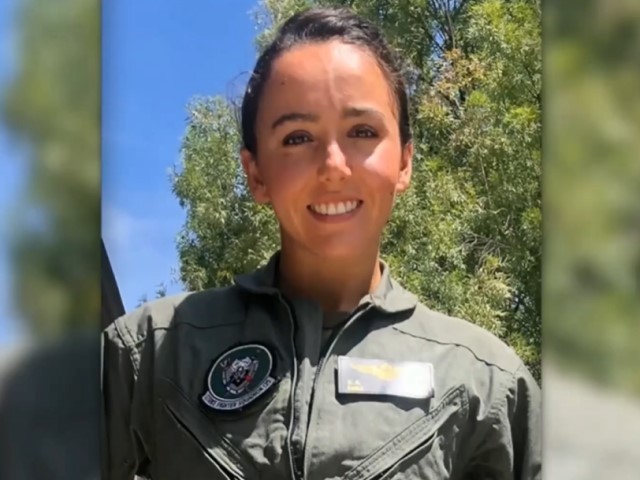 Marine Capt. Catherine Stark (Rumble)
Marine Lt. Col. Jonathan Reed, a Top Gun graduate and an F-18 pilot who has served for 18 years and 5 months, including five deployments, said he has been removed from senior positions within his units as he awaits a decision on his appeal of his religious accommodation denial.

“Resulting from our quest for religious accommodation from Covid vaccines, I’ve been removed from senior positions within my units and I am awaiting final adjudication of my religious accommodation appeal,” he said.
“Like thousands of other military service members, I face likely administrative separation from service. I stand here with you, and with thousands of other service members, at great risk in the aggressive defense of our Constitution and of our religious beliefs,” he said. 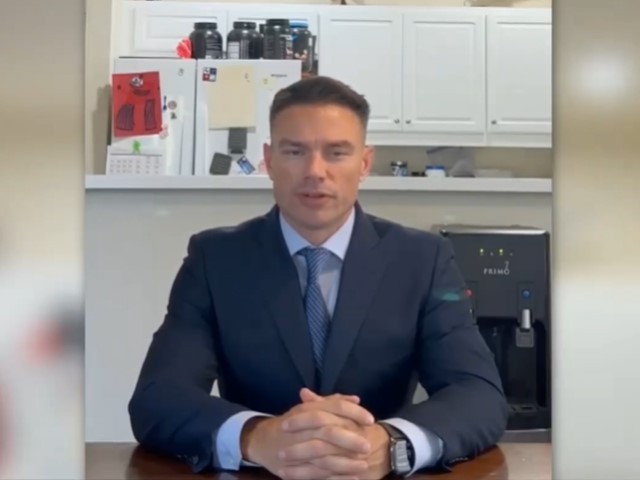 Marine Lt. Col. Jonathan Reed (Rumble)
Marine Lt. Col. Hank Hortenstine, who primarily served as an instructor pilot for multiple helicopters and fixed wing aircraft with three combat deployments, said he has been grounded for not wanting to take the vaccine.
“Now I’ve been grounded and I’m being processed for punitive discharge because of my religious and conscientious objection to the shot mandate,” he said.
“These stories you’ve heard today are ours. However, it bears repeating that we stand today for tens of thousands of service members in similar circumstances or even worse. Over 1,000 have already been punitively discharged under similar grounds. We stand today for truth, religious liberty, and in fulfillment of the oath that we took to support and defend the Constitution.”

More than 1,500 Marines have been discharged, as well as approximately 100 soldiers, approximately 250 airmen, and approximately 800 sailors, over the vaccine mandate so far.
Thousands more are expected to be discharged, including many who applied for religious accommodation but were denied. So far, several dozen have been approved, but the circumstances around those approvals are unclear.
Rep. Darrell Issa (R-CA) received confirmation that at least several of those who have had requests approved were already in the process of leaving the military, as Breitbart News reported in February.