OUT OF MIND » VOICES CARRY » AMAZING PEOPLE, PLACES & THINGS » A teen who was homeless gets his beloved dog back and a place to live thanks to strangers

A teen who was homeless gets his beloved dog back and a place to live thanks to strangers Fri Apr 15, 2022 9:52 am 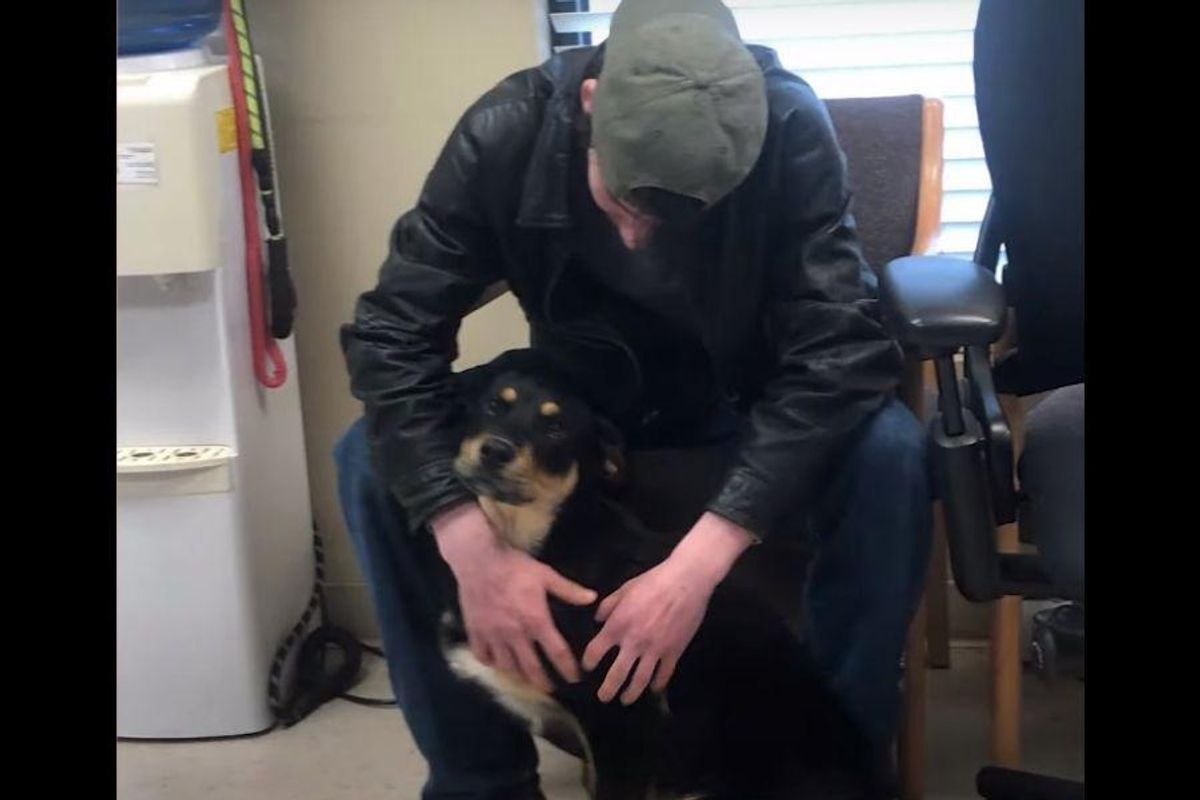 WREG News Channel 3/YouTube
A teen who was living under a bridge took his puppy to a shelter when he could no longer care for her.


A homeless teen has been given shelter and reunited with his pup after a community rallied around the pair following a heartwrenching and selfless story of surrender.
The anonymous 17-year-old arrived at the Senatobia-Tate County Animal Shelter in Mississippi with a Rottweiler/German shepherd puppy named Jada and a bag of dog food.
“He came in and he asked if he could leave his dog here and I said, ‘Buddy, we are so full,’" Interim Shelter Director Kris Robinson told WREG News. "And he said, ‘Well, I can’t take care of her anymore.’ He said, ‘I live under a bridge,’ and it broke my heart.”
The young man told Robinson he had been living in a tent with the dog, but she had broken out of the tent when he went to find work. Then he said he didn't even have a tent anymore and couldn't afford to feed her.
Robinson agreed to take Jada, despite the shelter not having room for her, and shared a post about the surrender on Facebook.

"This is where she layed [sic] after her owner surrendered her today with her plastic bag of dog food and a blanket," the post reads. "She is devastated. I can’t be mad at her owner though. He is 17, says he lives under a bridge in Tate county. He WALKED her all the way to the shelter and asked us to please take her because he can’t afford to keep her. She’s about 4 mos old and she kept herself pinned to his legs while he was here. We are full but how could we not take her in."
Support for the dog and the teen poured in, with people saying they wanted to do something to help, which moved Robinson to tears.
“For this young man to just be 17 and down on his luck, and no matter what problems he’s facing, he still took the time to walk her over her and make sure somebody was going to take care of her," Robinson told WREG. "I think that says a lot about his character."
The teen filled out a surrender form with a little bit of information about himself, which was enough for Robinson to pass along to people who could help him. The town doesn't have an official homeless shelter, but with the assistance of several community members, the Senatobia police were able to locate the young man and ensure his safety. Local churches have offered assistance, and he has gotten set up with a temporary home at someone's house while he gets his life situation figured out.
He has also been reunited with Jada.

A woman identifying herself as the teen's mom contacted the news outlet after seeing the story. She said he had run away from home and had been missing for a year, and she wanted him to come home. It's impossible to know the circumstances of the family or the teen's home life, but regardless of what led to him living under a bridge at 17, one thing is clear: He did what he had to do to make sure his dog was going to be taken care of, even if it meant giving her up, and that's a responsible, selfless action worthy of praise.

OUT OF MIND » VOICES CARRY » AMAZING PEOPLE, PLACES & THINGS » A teen who was homeless gets his beloved dog back and a place to live thanks to strangers

» Laramie Wyoming: I Need a Place to live and Grow Food!
» Thanks to the Kindness of Strangers, This Uber Driver Gets to See His Son in Rio
» Eden for the Homeless. A retired couple built a community for the homeless
» No one RSVP'd to this kid's birthday. Then some strangers showed up and made his day.
» Your Beloved Tony