OUT OF MIND » BREAKING NEWS & HOT TOPICS » COVID-19 » COVID-1984: What Is Motivating The Shanghai Lockdown?

COVID-1984: What Is Motivating The Shanghai Lockdown?

COVID-1984: What Is Motivating The Shanghai Lockdown? – By Jordan Schachtel

Source – brownstone.org
“The Chinese Communist Party (CCP) often comes across as a homogenous group to those studying China. This united front, however, is a carefully cultivated image that the CCP portrays – both to the world and its domestic audience. Beneath the surface, however, there exist “factions”, which is a combination of informal politics, relationships, and networks that jostle to dominate politics in China.”
What Is Motivating the Shanghai Lockdown? 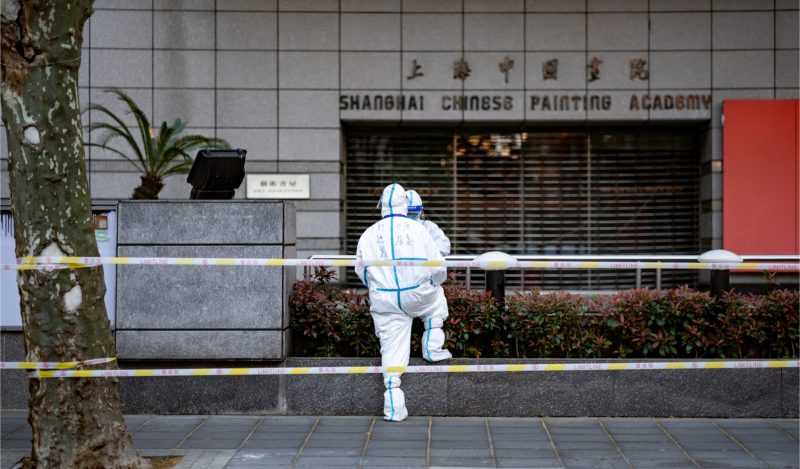 What Is Motivating the Shanghai Lockdown?

The most frequent question I get about the ongoing lockdown in Shanghai involves the potential motives of the Chinese Communist Party.

As someone who has covered COVID Mania for over two years, and has taken an unconventional approach to the motives and outcomes behind the continuation of the pandemic narrative, I remain undecided on the dominant motive for the situation in Shanghai. However, there are lots of clues available for us to survey the possibilities.
One thing is for sure: the Wuhan lockdown of early 2020 was a lot different. It was certainly a barometer for lockdown extremism, but it occurred on a much smaller scale. And it appeared, in my view, that the government was putting on more of a Hollywood production than a real attempt to quash a virus. I wrote about that extensively in The Dossier.
This time, however, the Shanghai situation appears to be a different animal.

There are several possibilities that I think are worth exploring.

First and foremost, consider the possibility that Chinese authorities have become maniacal hypochondriacs, and, like most top-down authoritarian regimes, have engaged in irrational and destructive policymaking.
In the Chinese governmental system, there are very few guardrails to authoritarian behavior, so virtually nothing would be too extreme if the ends justify the means. China’s continuing ideology contends that individual rights are not of a concern. In fact, according to the CCP, this ideal of human freedom should be actively suppressed for the “greater good” of the state.
Yes, the Chinese government is engaged in complete pseudoscientific behavior, but that is the norm for world governments, not the aberration.
This virus may genuinely terrify the ruling class atop the CCP. Similar to the True Believers of COVID Mania in the West, they could be freaked out by the prospect of catching a cold, and are ready to use any and all instruments of power with the hopes that the virus can somehow be stopped in its tracks.

The data on lockdowns are quite clear: they don’t work, and they only cause problems in addition to the virus problem. Everywhere lockdowns were tried, they failed in catastrophic fashion. But that wasn’t the story of Wuhan, the location of the first COVID lockdown, where there was no benefit of hindsight.
The short term hard lockdowns in Wuhan in early 2020 were falsely advertised as an astonishing scientific success, but were most effective as an information operation to shut down the world, while seeding the idea that lockdowns would help to crush the virus.
This left some coming to conclude that China locked down Wuhan as part of an information operation to cripple the societies and economies of its adversaries, using the virus as a kernel of truth to advance their campaign. China, notably, remained almost completely open for years following the Wuhan lockdown, while the West went through an endless series of restrictions and rolling lockdowns.
Is China readying another targeted campaign against the West by locking down Shanghai?


National Hubris/Believing their own press

It’s possible that at some point down the line, Chinese authorities became convinced that their Wuhan lockdown actually worked, and that an aggressive level of nationalistic superiority was the reason that China justifies its position as the only country in the world to “eliminate” the virus through lockdowns.
Par 5 @zuo_zhou
CCP armed police pressing an old man against the ground as CCP is carrying out a military campaign against Covid in Shanghai and surrounding areas. #Anonymous #VanguardReport #NeverAgain #Newsnight #WashingtonPost

China’s lockdown was routinely praised in the corporate press and through academic circles. Every country modeled their lockdowns, a novel concept that did not exist prior to 2020, after the Wuhan lockdown. This level of admiration may have acted to affirm China’s well-known, baked in superiority complex, and convince the Communist Party that it alone has the technocratic authoritarian capacity to wage a successful war on a virus.
Don’t disregard nationailstic hubris as the chief motivating factor behind the madness in Shanghai.

Although China is a one-party state, there remains tremendous infighting in the ranks of the Communist Party. Shanghai is perceived as one of the more “liberal” cities in China, and the lockdowns may have been motivated by competing political factions desperate to win over influence and power.
Hugh Osmond @hughosmond
All zero covid lockdown nutters please sit down for a ringside seat to watch this slow motion train crash in the world’s most populated country. If you can’t achieve zero covid in a military dictatorship, where would it work?

CFTV explains: “The Chinese Communist Party (CCP) often comes across as a homogenous group to those studying China. This united front, however, is a carefully cultivated image that the CCP portrays – both to the world and its domestic audience. Beneath the surface, however, there exist “factions”, which is a combination of informal politics, relationships, and networks that jostle to dominate politics in China.”
Jordan Schachtel is an Independent investigative journalist
Related…
China Prepares For War?
Jim Stone, Freelance Journalist
I am putting this important item from yesterday on top.
I WAS RIGHT. THE LOCKDOWNS IN CHINA REALLY WERE NOT FOR COVID, THEY WERE TO KEEP THE PEOPLE QUIET WHILE THE FACTORIES WERE SWITCHED OVER FOR WAR.
A video has now surfaced that proves this.
On April 6 I posted: (Scroll down to April 6, it really is there, I predicted right.)
(April 6) CHINA IS PROBABLY SHUTTING DOWN AND LOCKING PEOPLE IN THEIR APARTMENTS BECAUSE THEY ARE SWITCHING THE FACTORIES OVER TO SUPPORT A WAR ECONOMY AND THEY DO NOT WANT THE GENERAL POPULATION TO KNOW.
CORONA ERADICATION IS ONLY AN EXCUSE...

OUT OF MIND » BREAKING NEWS & HOT TOPICS » COVID-19 » COVID-1984: What Is Motivating The Shanghai Lockdown?