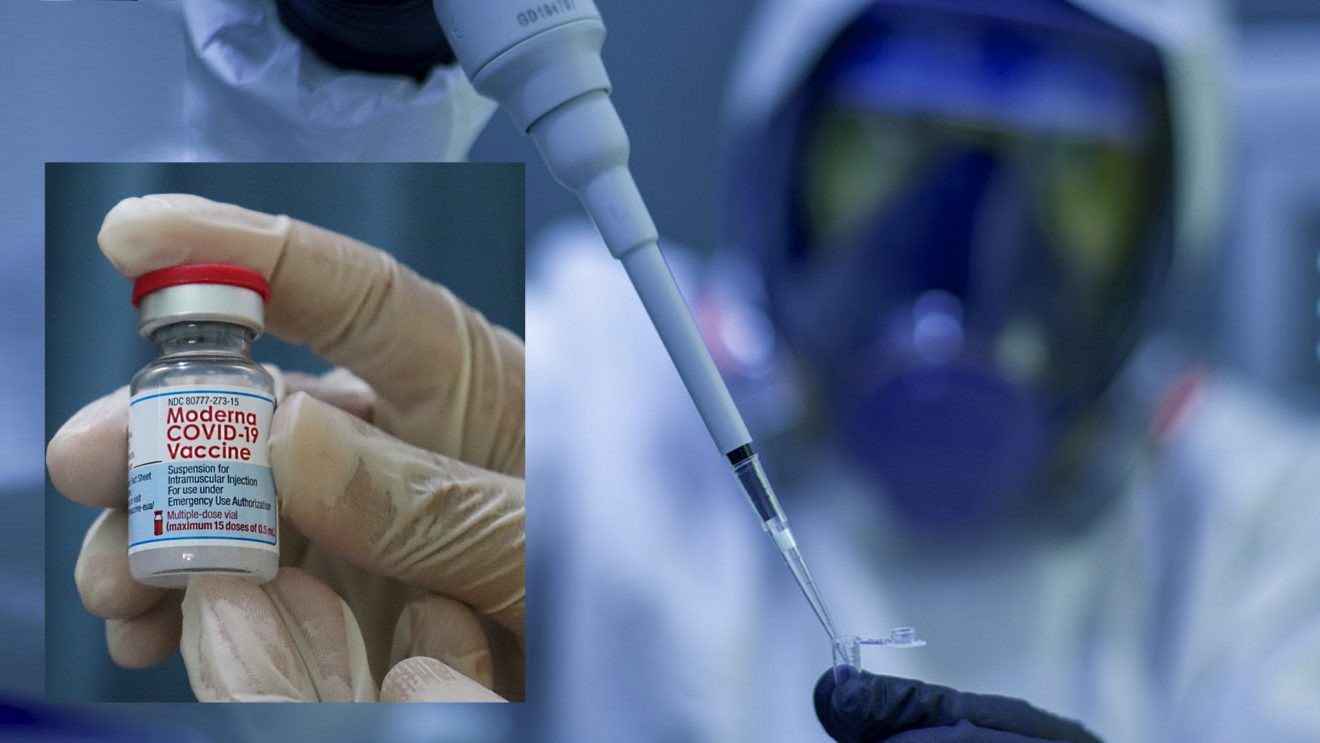 More than 900 million doses of the Moderna COVID-19 vaccine have been administered worldwide. However, Moderna, has just recalled 764,900 doses in Europe due to contamination. Officials contend that this recall does not affect U.S. COVID doses. However, Google tracking data also show that Americans are searching for information about the Moderna vaccine recall.
Spiked Vaccines
What type of contamination might be found in a spiked COVID vaccine?
“A foreign body.”

The lot is being recalled due to a foreign body being found in one vial in the lot manufactured at the company’s contract manufacturing site, ROVI – Moderna and ROVI Pharma Industrial Services

“Foreign material” was the term used in September 2021, when Japan recalled more than 1 million doses of Moderna’s SPIKEVAX after stainless steel contaminants were found in some vials due to “a manufacturing issue.” However, stainless steel is not likely to be the only contaminant.  Since at least 1986, contaminants including blood, blood derivatives, toxoids, allergic extracts, and eleven metals have been documented in vaccines.
Moderna Pharmaceutical, formerly named ModeRNA Therapeutics, became a public company in 2018, specializing in infectious diseases. Prior to the IPO, AstraZeneca was its third-largest investor.
Moderna’s coronavirus shot, known as “SPIKEVAX,” was said to have been approved by the U.S. Food and Drug Administration (FDA) for adults 18 and older on Jan. 31, 2022. But according the the FDA Factsheet, the shot is still only Emergency Use Authorized or EUA. Not approved!
Since November 2020, two of the 4 Biotech companies working to manufacture mRNA “therapies,” — Johnson & Johnson and AstraZenica — had to halt trials over safety concerns. And now the spotlight shines on Moderna’s mRNA vaccine deployment in Europe.
The contaminated lot in question was manufactured at the ROVI site in Spain, and distributed in Norway, Poland, Portugal, Spain, and Sweden from 13-14 January 2022. Reports tie the recalled batches to the Spanish company, ROVI.
Criminal Acts
Will Moderna be investigated for fraud, product safety, death by vaccine?
In February 2021, US officials investigated and acknowledged a “likely association” between Moderna and Pfizer vaccines and myocarditis in adolescents and young people. Of course, the PREP Act and CARES Act both limit liability for death or serious physical injury resulting from these products. See also Moderna’s disclosure in the SPIKEVAX package insert, referencing Myocarditis and Pericarditis, Section 5.2.
By all accounts, Moderna is developing a criminal rap sheet similar to those of AstraZeneca, Pfizer, Johnson & Johnson and the managed healthcare behemoth UnitedHeath Group.
Under the United Kingdom Corporate Manslaughter and Corporate Homicide Act of 2007, criminal charges were recently filed against mRNA COVID vaccine makers Moderna, AstraZeneca, and Pfizer, for “Corporate Manslaughter and Gross Criminal Manslaughter.” According to the United Kingdom (UK) Case Briefing Document:  Case 6029679/21 claims;

All Phase 3 COVID-19 vaccine trails are ongoing and not due to conclude until late 2022/early 2023. The treatments are currently experimental with only 1 year of short-term data and no long term safety data available.
In November 2020 Dr Andreas Noack, a German chemist and one of the EU’s top graphene experts, released a video explaining that he had discovered graphene hydroxide contained in the COVID-19 experimental treatments. He described how the graphene hydroxide nano structures injected into the human body act as ‘razor blades’ inside the veins of recipients and how they would not show up on an autopsy or normal toxicology tests given their atomic size. On 26th November 2021, just hours after publishing his latest video about graphene hydroxide, he died in suspicious circumstances. [See Summary].

Professor Dr Pablo Campra, University of Almeria, Spain also examined Covid-19 experimental treatments in November 2021 using Micro-Raman Spectroscopy, the study of frequencies. He also confirmed the presence of graphene oxide.
The latest on the UK case? No comment.
In the U.S., the only potential investigation is by the U.S. Securities and Exchange Commission (SEC) to investigate top executives for alleged manipulation of the stock market. That’s because the global sales of mRNA COVID vaccines were expected to top US$50 billion in 2021 alone.
Today’s high drug prices show little has changed since 1963, when The Federal Trade Commission ruled that six of the nation’s largest drug companies were conspiring to fix prices on tetracycline, the most widely used antibiotic. The Kefauver drug hearings confirmed the existence of a national crime syndicate and revealed lax enforcement that continues to this day. Note, one of the “big six” criminals, Wyeth Pharmaceuticals, was absorbed by Pfizer.
Gene Therapy or Gene Reset?
Experts contend that the technology in the Pfizer/BioNTech and Moderna shots are not “gene therapy.” But that is not how the experimental products had first been marketed.
According to a November 2021 article at LifeSiteNews, during the 2021 Global Health Summit in Berlin, Bayer executive, Stefan Oelrich, told fellow “experts” that the mRNA COVID “vaccines” are actually “cell and gene therapy” that would have otherwise been rejected by the public if not for a “pandemic” and favorable marketing.
Oelrich also highlighted the term, “Bio Revolution” as:

a confluence of advances in biological science and accelerating development of computing, automation, and artificial intelligence [that] is fueling a new wave of innovation.

As part of his company’s role for “sustainability” Bayer also pledged to push contraception on 100 million women across the world. This rhetoric fits hand-in-glove with Klaus Schwab’s Socialist plan for the “Great Reset.”
Damage from the mRNA injectables are surfacing. According to an October 2021 study in the American Journal of Cardiology:

According to a November 2021 abstract published in the Journal Circulation titled, “Observational Findings of PULS Cardiac Test Findings for Inflammatory Markers in Patients Receiving mRNA Vaccines:”

Ignorance Is No Excuse
Ignorance is no excuse in the Age of Information. As more information surfaces, do not expect drug companies to change their criminal ways.
The information is available and viewable for anyone who can do a Google search. Drug companies have subtly disclosed the information if you can read about it here.
Would you drink an EUA dirty martini spiked with metals and blood derivatives?
If any change will come of these revelations, that change rests with each of us. There are no “good” or “bad” experiences. There is only “experience” from which we all choose to learn more.
Choose wisely.