American Rivers today released its annual list of America’s Most Endangered Rivers, spotlighting ten rivers where climate change and injustice are putting the water supplies and well-being of tens of millions of people at risk.
By
American Rivers 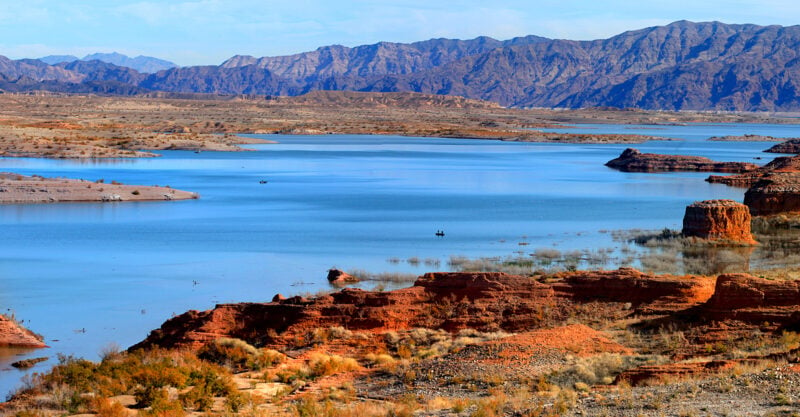 Miss a day, miss a lot. Subscribe to The Defender's Top News of the Day. It's free.
American Rivers today released its annual list of America’s Most Endangered Rivers, spotlighting 10 rivers where climate change and injustice are putting the water supplies and well-being of tens of millions of people at risk.
America’s Most Endangered Rivers of 2022 calls for specific solutions on each of the rivers, amplifying the leadership of Tribal Nations and frontline advocates.
“All life on this planet depends on clean, flowing rivers, so when rivers are at risk we must sound the alarm,” said Tom Kiernan, president of American Rivers. “America’s Most Endangered Rivers highlights the threats of climate change and injustice, and is a call for bold, urgent action.”
The Colorado River (#1) is ground zero for the climate crisis as water levels plummet, threatening the lifeblood of 30 federally recognized Tribal Nations, seven states and Mexico.
On the Pacific Northwest’s Snake River (#2), dams are causing lethally hot water temperatures that have driven salmon to the brink of extinction. This is a violation of treaties with Tribal Nations.
Pollution along Alabama’s Mobile (#3) and Coosa (#5) rivers will be exacerbated by increasingly severe flooding, disproportionately impacting black and low-income communities.
The primary way that communities across the U.S. are experiencing climate change is through water.
The latest reports from the Intergovernmental Panel on Climate Change warn that climate change is leading to severe consequences — from increasing floods and failing dams that endanger entire communities, to droughts and tapped-out water supplies that put industries, economies and ecosystems at risk.
Black, Indigenous, Latino/a/x and other communities of color feel these impacts most acutely, due to historical and contemporary policies, practices and norms that maintain inequities.
Nowhere are the impacts starker than on the Colorado River, America’s Most Endangered River for 2022, which is so overtapped that it dries up before reaching the sea.
Rising temperatures and drought-driven climate change, combined with outdated river management and the overallocation of limited water supplies, threaten the region.
1 Million Copies Sold — ‘The Real Anthony Fauci’ — The book that launched a movement. BUY TODAY!
The Colorado River system is already operating at a deficit, and climate change is expected to further reduce the river’s flow by 10 to 30 percent by 2050.
For the first time ever, mandatory cutbacks triggered by water shortage will cause Arizona to lose more than 500,000 acre-feet in Pinal County alone (roughly the drinking water supply for nearly 1.5 million households).
The river supports some of the country’s largest cities including Denver, Salt Lake City, Albuquerque, Las Vegas, Los Angeles, San Diego and Phoenix.
It provides drinking water for 40 million people, irrigates 5 million acres of farm and ranch land, and supports a $1.4 trillion economy. Yet many Tribal Nations across the basin suffer from a lack of modern water infrastructure, due to systemic inequities and historic disinvestment.
American Rivers called on the seven basin states and the Biden administration to engage with the basin’s Tribal Nations to address this emergency.
The administration must immediately allocate funds from the Infrastructure Investment and Jobs Act to implement proven, equitable solutions that prioritize river health and water security.
“On the Colorado River and nationwide, the climate crisis is a water crisis,” said Kiernan. “Just, equitable solutions for rivers and clean water are achievable and essential to our health, safety and future.
We must come together to speak up for these 10 endangered rivers, and for all of the rivers that are vital to our lives.”
In its 37th year, the America’s Most Endangered Rivers campaign shines a national spotlight on rivers at risk, elevates local advocacy efforts and mobilizes the public to make a positive difference.
Over the years, the report has helped spur successes including the removal of outdated dams, the protection of rivers with Wild and Scenic designations, and the prevention of harmful development and pollution.
American Rivers reviews nominations for America’s Most Endangered Rivers from local groups and individuals across the country, and selects rivers based on three criteria:

» Pennsylvania Pipelines Bursts, Leaks 55,000 Gallons Of Gas Into One Of US’ Most Endangered Rivers
» Someone speaks up, finally, for tens of millions with COVID antibodies
» Wells Fargo CEO To Forfeit Tens Of Millions In Stock Awards Amid Scandal
» Tens of Thousands of Truck Drivers #StopTheTires on Veteran’s Day, Demanding Respect for Blue Collar Americans
» Nestle Wants Water Privatized, Previously Drained Millions of Gallons of Water from Arkansas Rivers