OUT OF MIND » THE INSANITY OF REALITY » FINANCIAL COLLAPSE » ‘The Great Unravelling’, The Retention of Wealth

‘The Great Unravelling’, The Retention of Wealth

The Retention of Wealth – By Jeff Thomas 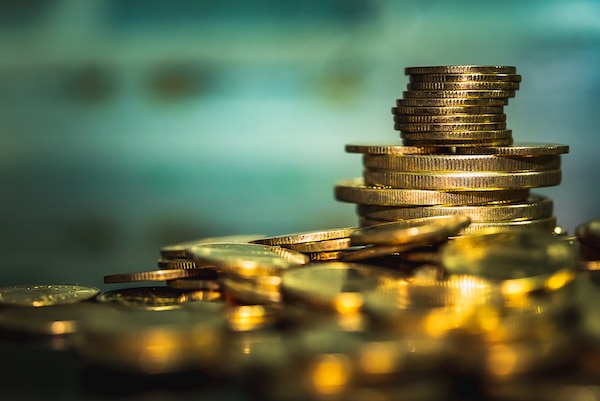 For most people, the term “investment” means the purchase of something for its anticipated rise in value in the future. However, there is another category of investment, generally referred to as “retention of wealth,” that does not adhere to this definition. Although investments in this category may well rise in value over time, their principle purpose is not profit. Their purpose is to assure that if other investments fail, the investor will still have a portion of his wealth to fall back on.
Generally, during good economic times, investors are inclined to be somewhat uninterested in this category. However, when bad economic times are on the horizon, retention of wealth becomes (or should become) far more significant in importance.
The world has never seen a time like the present one. In most every facet of the economy, personal wealth is threatened. In many countries, there is the threat of greater taxation, devaluation of currencies, collapses in markets, and even outright confiscation of bank accounts.
Consequently, if the powers-that-be exert their power to (quite literally) rob their citizens, those citizens need to determine the safest havens for their wealth that they possibly can… and need to do so before the wolf arrives at the door.
Those of us who have been predicting the coming economic debacle for many years have, not surprisingly, spent much of that time researching and identifying such opportunities and divesting ourselves of investments whose days may well be numbered.
Basic Truth #1: Precious metals and real estate will become the last safe investments for the retention of wealth.
At some point in the Great Unravelling, we will reach the point when virtually the only “safe” investments will be precious metals and real estate. (It should be stressed that even these are not guaranteed, but they are, and will be, the last bastions. They are the Alamo.)
Although there were a small number of people professing this Basic Truth prior to 2008, very few people were listening. But today, more and more people are realising that, soon, the jig will be up, particularly if they live in the EU or US, where some, if not all, of the threats listed above are virtually certain to occur in the foreseeable future. As a result, there is growing interest in the ownership of precious metals and real estate.
Basic Truth #2: Precious metals and real estate ownership are only safe if they are located outside of an endangered jurisdiction.
For many people, it goes very much against the grain to own anything outside of the country in which they live. (The average American in San Diego would sooner own property in Miami, Florida, some 2500 miles away, than to own property in Tijuana, Mexico, just over the border.)
Yet, if the threat to your wealth is your own government, it is essential to remove your wealth from the country in which you live. The reason is that, as long as it remains in the country in which you are a citizen, the more likely it is that your government will regulate it, tax it, cause it to lose its value through inflation or hyperinflation, and/or simply confiscate it.
It is far more difficult for your government to destroy your wealth if you have expatriated it, as your government does not have free control over the laws and government of the country where you have invested. It would be harder for your government to force the repatriation of your precious metals, and downright impossible for it to demand that your overseas real estate be shipped to your home country.
Therefore, when choosing a jurisdiction in which to invest in precious metals and/or real estate, in order to maximise safety, the investor should choose a country that:

This last item is critical. The safest countries are those that do not tend to fall prey to dictatorships or dramatic changes in laws. The ideal countries are the ones that impose the least interference in your ownership of your investment.
This leads to:
Basic Truth #3: The ideal jurisdiction in which to own property is one which does not tax your property.
This final principle is understood, at present, by only a handful of investors. A country that imposes income tax, capital gains tax, etc., may very well, in hard times, suddenly decide to tax precious metals ownership. Likewise, a country that imposes property tax may very well raise that tax suddenly in pressing times. Indeed, it may choose to claim that the investor has not paid his most recent tax bill (regardless of whether or not this is true) in order to justify the confiscation of his property.
Many governments of the world are now hopelessly in debt and on the verge of economic collapse. As their leaders become more desperate, they will resort to more desperate measures. In the next few years, we shall see the leaders of the most “respected” countries throw out the rule book and resort to a final grab of their citizens’ wealth.
It is important to recognise that the word “wealth” does not only refer to those whose net worth is in the seven-figure range and above. If your wealth is $5000, that amount might be better protected by the purchase of a few one-ounce gold coins. If it is $50,000, it might be better protected by the purchase of a house lot. Those who need to protect $500,000 or more might wish to create a portfolio of gold, silver, house lots, and built property.
Regardless of the amount of your wealth, the principles remain the same.
As to what countries the reader might consider, several nations in the world have no income tax, including the Bahamas, Bahrain, Bermuda, Brunei, the Cayman Islands, Kuwait, Qatar, Oman, Saudi Arabia, and the United Arab Emirates (UAE).
There are sixteen nations that have no property tax—Bahrain, the Cayman Islands, Croatia, the Cook Islands, Dominica, Fiji, Israel, Kuwait, Liechtenstein, Malta, Monaco, Oman, Qatar, Saudi Arabia, Turks & Caicos, and the UAE.
Once having decided to invest wealth in a safer jurisdiction, the investor might also consider which of the above countries might additionally provide him with an increased value. Still, the primary goal in Retention of Wealth is to save it from the negative effects that may soon be caused by governments.
Editor’s Note: A big part of any strategy to reduce your political risk is to place some of your savings outside the immediate reach of the thieving bureaucrats in your home country. Obtaining an offshore bank account is a convenient way to do just that.
That way your savings cannot be easily confiscated, frozen, or devalued at the drop of a hat or with a couple of taps on the keyboard. In the event capital controls are imposed, an offshore bank account will help ensure that you have access to your money when you need it the most.
In short, your savings in an offshore bank will largely be safe from any madness in your home country.
Despite what you may hear, offshore banking is completely legal and is not about tax evasion or other illegal activities. It’s simply about legally diversifying your political risk by putting your liquid savings in sound, well-capitalized institutions where they’re treated best

OUT OF MIND » THE INSANITY OF REALITY » FINANCIAL COLLAPSE » ‘The Great Unravelling’, The Retention of Wealth