OUT OF MIND » BREAKING NEWS & HOT TOPICS » COVID-19 » The Shanghai Lockdown: Seen from Another Angle

The Shanghai Lockdown: Seen from Another Angle

The Shanghai Lockdown: Seen from Another Angle 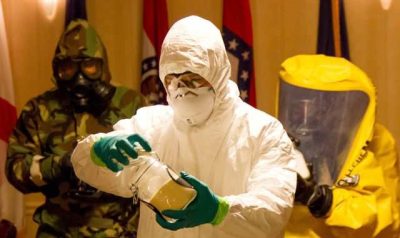 Peter Koenig
Global Reseach
While almost the entire world is criticizing China and accusing her of human rights abuses for locking down all of 26 million Shanghai citizens, when only some 26,000 positive-tested “Covid-19” cases were detected. At first sight, that indeed seems abnormal, or even a vast exaggeration. At first sight.
But let’s look again.
Remember the 2002 – 2004 SARS (Severe Acute Respiratory Syndrome) outbreak?
It infected about 8,000 people and caused 774 deaths. By far, most of the cases and of the deaths were found in mainland China and Hongkong, some in Taiwan, and even a few in Japan, the US, and apparently in some more than 20 countries around the globe.
What is remarkable is that all of the “cases” were people with the Chinese genome. In other words, the virus attacked specifically the “Chinese race”, i.e. it was tailor-made to target China and her citizens.
“Coincidentally”, a few years earlier, in 1999 and 2000, the Chinese government detected hundreds of western “scientists”, typically from Harvard and other western reputed learning institutes and laboratories, collecting DNA samples from people in rural China, mostly in the north western provinces of China.
These “scientists” hired Chinese citizens to help them collect blood samples in isolated regions for pay. The westerners were, of course expulsed, once detected. However – too late. They had already smuggled out of China thousands of DNA samples taken from native Chinese. See this.
These samples would later serve to design a special corona virus targeting the Chinese genome. The resulting 2002-2004 SARS outbreak in China was a trial – for worse to come.
Remember also Event 201 that took place in NYC on October 18, 2019? sponsored by the Bill and Melinda Gates Foundation, the World Economic Forum (WEF) and the Johns Hopkins Center for Health Security which also hosted the event.
During this event, all the important world actors, such as the World Bank, IMF, the UN and many of the UN specialized agencies, including UNICEF – and of course WHO – as well as key banking and financial institutions – major US health institutes, like CDC, FDA, and even China’s CDC – and many more – participated in this desk-top simulation – which was to produce worldwide more than 60 million deaths in the span of about two to three years. See this.
As the Chinese authorities were well aware of the genetically targeted virus, they were alert when SARS-Cov-2 hit Wuhan in early 2020.* Their reaction was logical, immediate and severe. They locked down not only Wuhan (pop. 11 million) at once, but a large portion – some 50 million people – of Hubei Province, of which Wuhan is the capital. Subsequently more areas within China, where SARS-Cov-2 was detected, were locked down. It meant the beginning of zero-tolerance for what later was conveniently renamed by WHO as Covid-19. Also remember, Covid-19, alias SARS-Cov-2, was never isolated or identified as a new virus.
Knowing the background of genetic- or race-designed viruses, China’s reaction to protect her citizens was logical and immediate. In fact, with this policy China mastered the disease largely within about six to eight months. During those harsh lockdowns, some 80% of the Chinese industrial complex was paralyzed. But by the end of 2020 most of the Chinese production apparatus, factories, shipping lines, agricultural production were humming again – and back on stream.
This is among the main reasons why the Chinese economic growth hardly suffered during this new covid outbreak. In fact, against IMF projection of 1.2% growth in 2021, and the Chinese own projection of 3.5% economic expansion in 2021 – actual Chinese growth in 2021 was registered as 5.5%. This growth and resulting export potential has helped many countries, especially on the Asian Continent, to reduce their covid-induced losses and to move their economies forward.
[…]
President Putin’s worries today are more than understandable – and they explain partially his intervention in Ukraine. This is not justifying a war by any means, but partially explaining Russia’s reaction.
Connecting the Dots to the Shanghai Lockdown
However, possibly an even more important reason than the NATO threat for President Putin’s intervention in Ukraine are the 20 to 30 war-type (grade 3) US-funded bio-labs in Ukraine. They were built during the past 20-some years, most of them after the western-instigated Maidan Coup in February 2014 which led to the current state of affairs with Ukraine, and between Ukraine and Russia.
Back to the Ukraine Virus Labs
These Grade-3 war-type bio-labs are capable of producing genome-specific viruses that can be directed to attack different Russian genomes and Chinese-DNA people, as well as others, if programmed accordingly. Numerous such tests of tailor-made viruses have been carried out during the last two to three decades. Not least the Ebola Outbreak in West Africa (2014-2016), affecting mainly Guinea, Sierra Leone, and Liberia, the epicenter of the outbreak. Over the duration of this Ebola epidemic, there were 28,616 suspected, probable, and confirmed cases from these three countries and 11,310 deaths, leading to a horrendous death-to-case rate of some 40% – see this. Compare this to the so-called Covid-19 death rate of about 0.07 to 0.1%; a flu-like incidence.

*[Readers should note that covid mortality was 15% in the first Chinese outbreak, in contrast to less than 1% in the reset of the world. See ]https://stuartbramhall.wordpress.com/2022/03/20/was-covid-19-released-simultaneously-by-worldwide-us-biolabs/%5D
Via https://www.globalresearch.ca/shanghai-lockdown-seen-from-another-angle/5778124

OUT OF MIND » BREAKING NEWS & HOT TOPICS » COVID-19 » The Shanghai Lockdown: Seen from Another Angle