A Brief History of Solar Energy 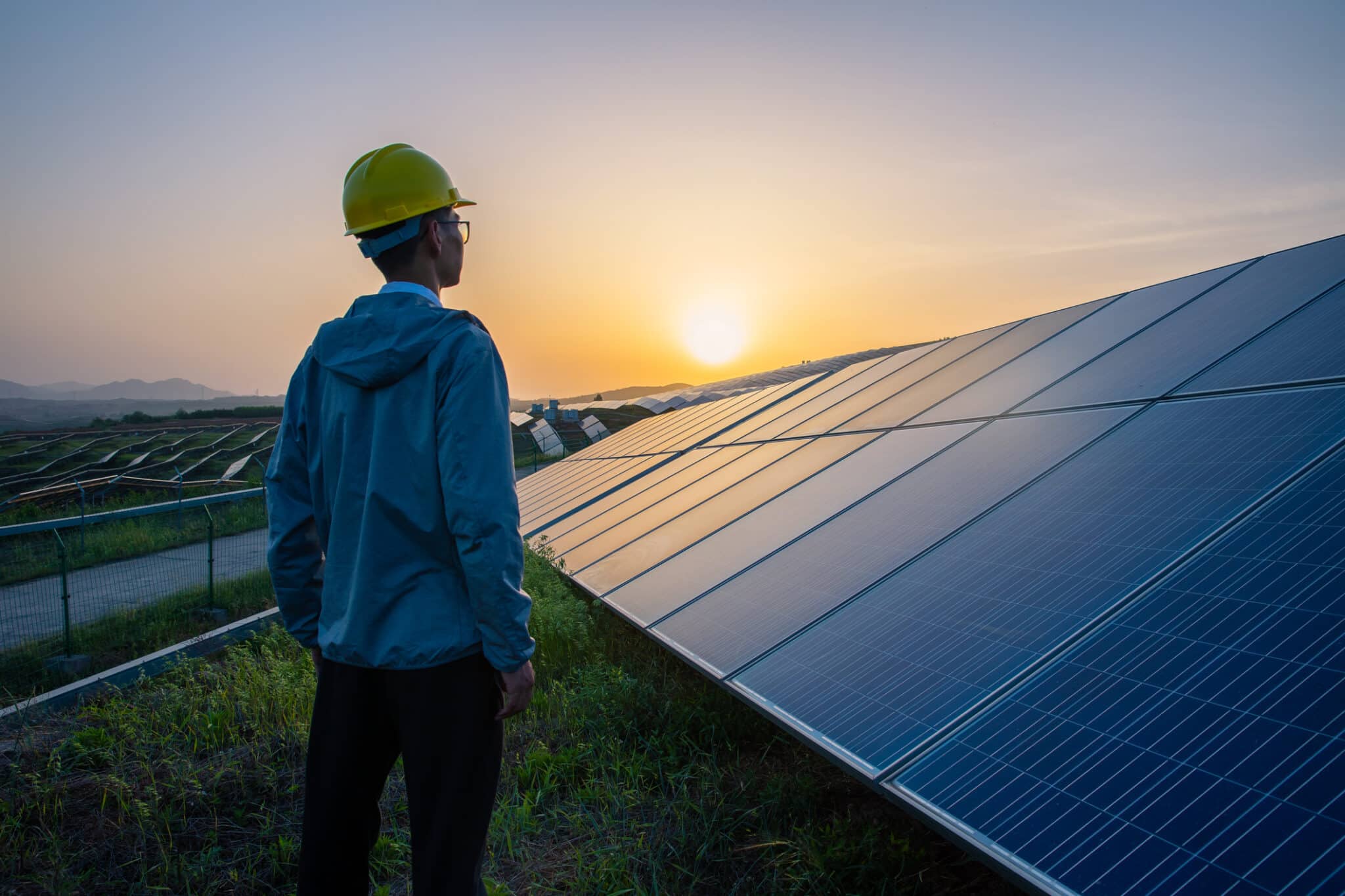 xijian / Getty Images
“Intelligence is the ability of a species to live in harmony with its environment.” This is one of our favorite quotes here at EcoWatch, coming from the environmentalist Paul Watson.1
Learning to work with solar energy, the most abundant natural resource on Earth, serves as the perfect example of living in harmony with one’s surroundings. You don’t need to look any further than the leaves on a tree to see this at work.
When most of us think of solar energy, the first thing that comes to mind is modern solar panels. Over the last few decades, photovoltaic technology has improved exponentially in cost, efficiency and scale, nearing a point of ubiquity in the world’s energy ecosystems. For that reason, it may be tempting for us to think of solar panels as the past, present and future of harnessing solar energy.
However, humans have utilized solar energy for millennia in a number of creative ways prior to the development of the modern solar panel. And to unlock new ideas and insights into how to best work with our environments in the future, we often have to challenge what we consider certainties of the ways that we generate our energy.
A look into history is often the best place to start.

Thousands of years before we had electricity, humans learned to use solar energy in a handful of different ways. In addition to lighting, early civilizations used sunlight to regulate the temperatures of buildings and cities. That practice is now commonly known as solar passive heating — an approach to heating and cooling homes through simple devices and architectural design.2
Solar passive heating was so common that entire Greek cities were designed in a way that allowed every home access to sunlight for warmth in the winter. Evidence shows that civilizations in Egypt, the Americas, China and Rome (and surely other areas) all employed various types of passive solar heating or cooling techniques as well.3 4
Here are a few of the most notable examples: 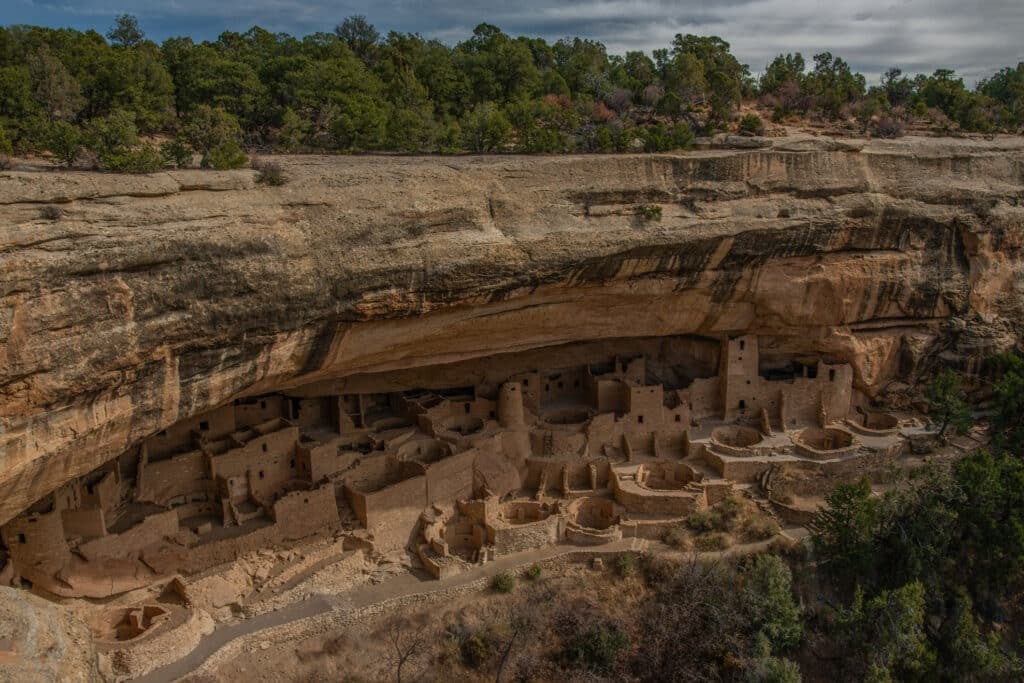 Cliff Palace, Mesa Verde National Park, Colorado, USA Credit: Sierralara / Getty Images
However, it wasn’t until the mid-to-late 1800s that what we now consider solar power came to be.

Fast-forward a few thousand years. In the decades that followed the discovery of electricity, scientists were racing to find the next breakthrough for alternative electricity sources. Since the development of technologies like solar are so complex, it’s hard to credit one person or event for its invention. However, here’s the best place to start:
In 1839, the French physicist Edmond Becquerel (at only 19 years old) first observed the photovoltaic effect, the ability of select matter to generate an electric current when exposed to sunlight. He did so by immersing two plates of gold in a conducting solution and exposing them to sunlight.7
Charles Fritts followed up Becquerel’s discovery by developing the first prototype for a solar cell in 1873.8 While still far from the modern solar module, these discoveries did attract the attention of the scientific community and sparked further research and development. It was in 1913, just a few decades after Fritts’ solar module, that Thomas Edison is quoted to have said, “I’d put my money on the sun and solar energy. What a source of power! I hope we don’t have to wait until oil and coal run out before we tackle that.”[url=https://www.nytimes.com/2007/06/03/magazine/03wwln-essay-t.html#:~:text=In 1931%2C not long before,out before we tackle that.%E2%80%9D]9[/url]
But it wasn’t until 1954 that inventors David Chapin, Calvin Fuller and Gerald Pearson eventually created the world’s first modern solar cell at Bell Labs. Unlike Charles Fritts’ solar cell, the Bell Labs product was made from silicon wafers instead of selenium, and it yielded a far greater efficiency. Their patent, U.S. patent No. 2,780,765, was issued in 1957 and is the closest legal documentation of the invention of solar technology.10 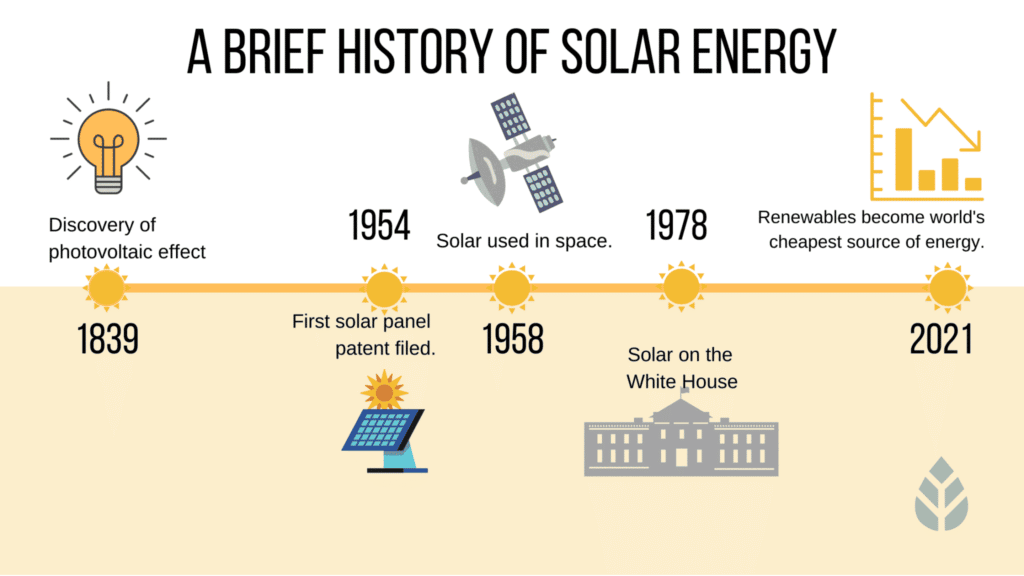 Only about 15 years after the Bell Labs patent, the energy crisis unfolding in the early 1970s caused gasoline and oil prices to spike, spreading concern about the United States’ energy future. Energy leaders grew increasingly curious about an alternative, domestic source of energy that would reduce dependence on foreign oil. The mid-’70s also witnessed a growing environmental movement, which added further pressure on the government to divest from fossil fuels. Now, this is where we see the importance of the government in solar development.

Jimmy Carter’s administration had a long way to go before solar was a viable public market. At the time, solar modules were still expensive and fairly inefficient when compared to their modern counterparts. But the Carter administration pushed some of the first, real support from the federal support for renewable energy. In 1978, Congress passed the Energy Tax Act to provide tax credits for homes with solar panels.11 Carter symbolically installed an array of solar panels on the White House roof to boot (though these were later removed).
In his speech during the unveiling of the panels, Carter said, “If we use our technological imagination — if we can work together to harness the light of the sun, the power of the wind, and the strength of rushing streams — then we will succeed.”
Carter was years ahead of his time and could have set the U.S. on track to be a leader in renewable energy decades later.

The Reagan administration, contrary to the platform of his predecessor, focused his campaign on lowering energy prices. Though energy prices decreased quickly under Reagan’s presidency, this came at the cost of research and development of domestic energy sources like wind and solar. During Reagan’s presidency and after, many oil companies quickly offloaded their investments in developing solar energy:12,[url=https://books.google.com/books?id=QFFuDwAAQBAJ&pg=PT79&lpg=PT79&dq=reagan+solar+exxon+mobil+shell&source=bl&ots=RlaZyNziW7&sig=ACfU3U1Lkx5-tlIizH-1Rc_Y2ahfshj-hQ&hl=en&sa=X&ved=2ahUKEwi2iruWsaD3AhWwmGoFHQuxA0IQ6AF6BAgcEAM#v=onepage&q=reagan solar exxon mobil]13[/url]

The second Bush administration passed the federal tax credit (also known as the ITC) as part of the Energy Policy Act of 2005, which became one of the most successful government programs for solar to date. The ITC was the kickstart necessary for solar development and has received bipartisan support since its inception. The ITC is still in effect in 2022.

The potential of solar technology took hold worldwide as well, and many companies in other parts of the globe (mostly in East Asian countries) also spent the ‘80s, ‘90s and 2000s developing utility-scale solar technology. The solar manufacturing process refined over the decades, eased in costs, and breakthroughs in efficiency led to a product fit for the residential market.
But solar panels really took to the mainstream in the mid-2010s, when costs declined by about 90% over the course of the decade. This allowed for solar to finally graduate from a developing technology into a deployable energy solution. Take a peek at the clear correlation between the drop in solar costs and the total amount of solar installations throughout the country.


Sources: National Renewable Energy Laboratory / SEIA/Wood Mackenzie Power & Renewables U.S. Solar Market Insight 2021 Year in Review
Costs have stabilized somewhat as of 2021 due to record demand and pinched supply chains. However, as of 2021, renewables became the world’s cheapest source of energy.14 Though we don’t expect costs to continue to drop much further, the efficiency, practicality and prevalence of renewable energy like solar will only continue to improve.

Although the history of solar can seem linear, the modern solar panel (as impressive as it is) is unlikely to stick around as the sole form of solar energy. In fact, there are already a number of futuristic applications for photovoltaic technology that we may see put into use over the next few decades. Here are a few of our favorite ideas:

Though other forms of photovoltaic technology will certainly take hold over the coming decades, 2022 marks one of the best years to buy solar panels. Costs have declined to levels that, when paired with an expiring solar tax credit, easily beat out the projected costs of sticking with a traditional public utility provider.
Check out our cost of solar page for more detailed information. If you’re ready to start comparing offers from pre-vetted solar companies near you, fill out the form below.