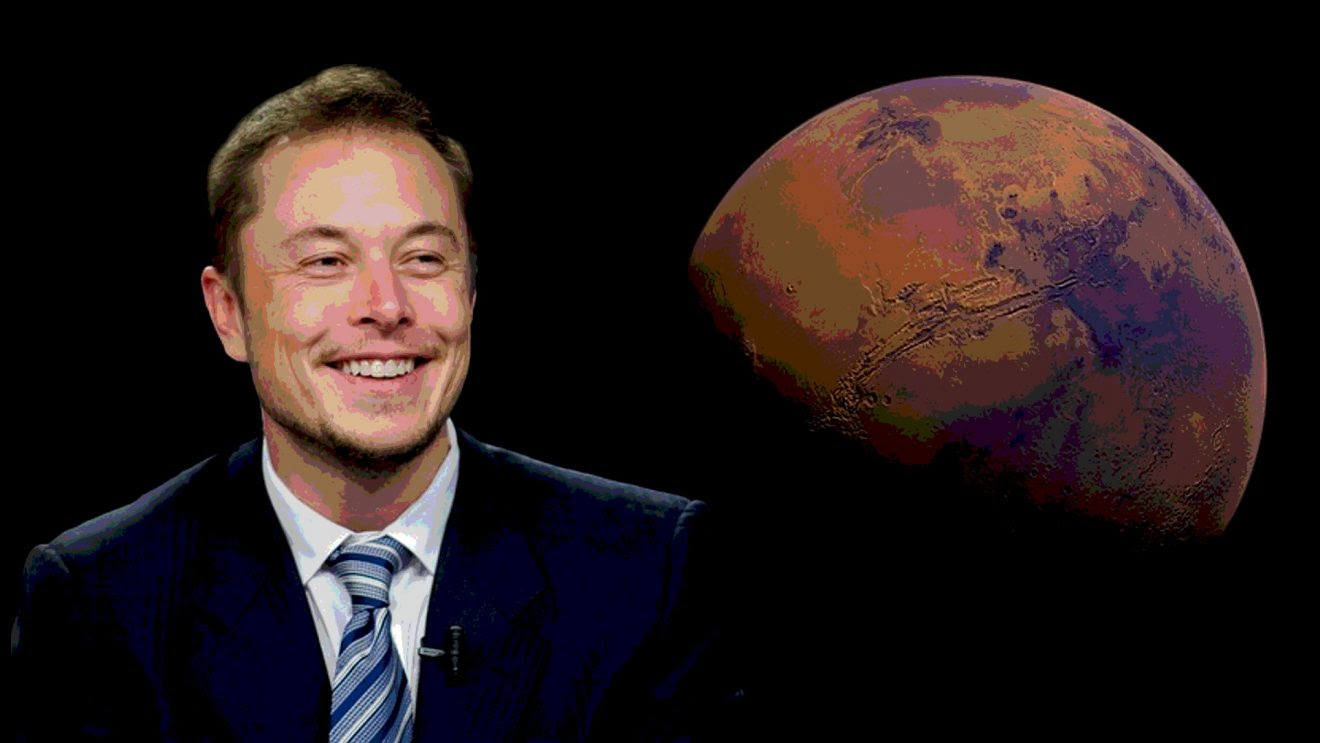 Recently, the news broke that Elon Musk (now the world’s richest man) acquired Twitter. Musk claims that he’s a “free speech absolutist” and his takeover of the company was motivated by his passion for open discourse.
Musk called Twitter “the digital town square where matters vital to the future of humanity are debated”. He feels that free speech is “the bedrock of a functioning democracy” and that’s why he just couldn’t bear to witness the tech platform engage in such brash censorship.
Sounds good, right?
After all, many of us have been voicing our concerns about the Orwellian rise in censorship over the last few years, and here’s a billionaire siding with us (for once). In fact, mere days after Musk’s offer was accepted by Twitter’s board, previously banned accounts began to return to the platform.
It seems almost too good to be true… and maybe it is.
Who Is Elon Musk?
Before hopping aboard the Musk express, we’d do well to remind ourselves exactly who this man is and what he represents.
Patrick Wood of Technocracy.news recently wrote a great article on this very topic in which he identifies Musk as having four distinct identities – “Transhumanist”, “Technocrat”, “Space Pioneer” and “Eccentric Father”.
1. Transhumanist
Make no mistake, Elon Musk is an out-and-out transhumanist. His company “Neuralink” is currently developing the future of brain interfaces. Musk claims that the short-term goal of Neuralink is to help those with clinical problems and that the long term goal of Neuralink is to fulfil the transhumanist dream of human/AI symbiosis.
Indeed, transhumanists extol the “benefits” of techno-life interfaces to “enhance” human life. Such a vision can be traced back to former US National Security Advisor, Zbigniew Brzeziński, and his 1970 book Between Two Ages, in which he outlines his philosophies regarding the technocratic control of society.

Human conduct, some argue, can be predetermined and subjected to deliberate control. Man is increasingly acquiring the capacity to determine the sex of his children, to affect through drugs the extent of their intelligence, and to modify and control their personalities. Speaking of a future at most only decades away, an experimenter in intelligence control asserted, “I foresee the time when we shall have the means and therefore, inevitably, the temptation to manipulate the behaviour and intellectual functioning of all the people through environmental and biochemical manipulation of the brain.”

Is Musk developing neural lace technology because he wants to cure autism, or is he simply bringing the transhumanist dream to fruition?
2. Technocrat
Musk’s grandfather, Joshua Haldeman, D.C. was the Research Director for Technocracy, Inc in Canada during the 1930s and 40s. Musk himself is continuing his grandfather’s work by building out the technocratic control grid with his Starlink network, driverless car technology and, of course, his pioneering work in artificial intelligence.
In 2014, Musk attended the DARPA Robotic Challenge and has spoken numerous times about how robots will take over jobs leading to the institution of a Universal Basic Income.
3. Space Pioneer
Musk is the founder of rocket company, SpaceX and one of his ultimate goals is to colonize Mars. In 2020, SpaceX signed a $102 million contract with the US Department of Defense to “provide point-to-point transit for cargo via space”.
According to some researchers, the “Great Reset” agenda goes hand in hand with an effort to move all technology used for financial clearing, as well as societal control, into space. And it seems the Globalists have chosen Musk for the job.
SpaceX has applied to launch some 40,000 satellites into low-earth orbit (12,000 of which have already been approved) in a plan to provide 5G internet access worldwide. But the utility of such a network goes far beyond consumer 5G. The possible uses include tracking, tracing, financial clearing, and “defense“.
In other words, not only does Musk collaborate with the US military, his satellites may very well form the basis for the space-based, technocratic control grid.
4. Eccentric Billionaire
Describing Musk as “eccentric” may be a bit of an understatement. Musk is the father to 8 children in total, his last two with his most recent girlfriend “Grimes”, a self-described pagan witch who claims to be able to astral travel to different dimensions. Musk’s first male child with Grimes was originally named “X Æ A-12”. This was later changed to “X Æ A-Xii” (and then shortened to just “X”), an odd name to say the least.
According to Grimes, the “X” stands for “the unknown variable”, the “Æ” is her “elven” spelling of Ai which stands for “Artificial Intelligence”, and the original “A-12” was a nod to the CIA’s Lockheed A-12 reconnaissance plane (stationed at Area 51). She also told a user on Instagram that the name is pronounced “X” (like the letter) and then “A.I”.
Early this year, news broke that Musk had fathered a second child with Grimes, named “Exa Dark Sideræl”. According to Grimes, “Exa” stands for “exaFLOPS”, a supercomputing term (so another nod to artificial intelligence), “dark” refers to “dark matter” and Sideræl is a kind of astrology, which, according to Grimes, represents the “true time of the universe”.
The names of Musk’s last two children perfectly reflect his relationship with Grimes in that they represent the coming together of a technocrat and an occultist; the synthesis of technology and esotericism. This same blending of old and new, of Magick and Material, should be a familiar concept to anyone who has studied transhumanism.
What’s Really Behind Musk’s Twitter Acquisition?
So that brings us to the all-important question – what’s the true reason for Musk’s acquisition of Twitter?
When Musk gave his initial statement regarding his plans for the social media platform, there was one phrase that stood out as being particularly odd.

I also want to make Twitter better than ever by enhancing the product with new features, making the algorithms open source to increase trust, defeating the spam bots, and authenticating all humans.

While I have doubts as to whether Musk will follow through with any of these promises (especially the one about making Twitter’s algorithms open source), the part that struck me the most was his comment about “authenticating all humans”.
Maybe I’m way off base here, but for me, the only way to “authenticate” people on the platform is to integrate it with some kind of digital ID or biometric identifier. And that sounds eerily similar to the WEF’s vision of making it necessary to have a “digital identity” in order to access online services. Hell, maybe Musk has been tasked with instituting that as well. Who knows.
Good Cop, Bad Cop
It’s quite clear that Musk is on board with the whole technocratic/transhumanist agenda, so why is he all of a sudden being cast as a champion of democracy and free speech? Simple. The globalists are playing “good cop, bad cop”. Klaus Schwab, Bill Gates, the Rockefellers, etc are the “bad guys” and Musk is the “good guy” who has come along to offer humanity a better way forward.
There’s only one problem. Schwab’s vision for the future and Musk’s vision for the future are exactly the same. The paths to getting there may be different but the destination hasn’t changed.
So why choose Musk to play the role of the “good cop”? First of all, he’s got the right personality, he’s eccentric and he’s already worshipped as a genius of our time. Secondly, he’s not associated with either the political right or left and thus he appeals equally to people on both ends of the spectrum.
While it’s a good thing that banned accounts have returned to Twitter and that freedom of speech on the platform has (supposedly) been restored, it’s important to stay cautious before bowing down to Musk as some sort of saviour.
In fact, I don’t know about you, but I wouldn’t trust Elon Musk to tell me the time in a room full of clocks.

» Stay Calm and Censor On: Elon Musk Summoned to Parliament to Answer for His Pledge to Restore Free Speech
» Elon Musk is Officially a TWIT
» Musk Pledges More ‘Free Speech’ as Governments Step Up Attacks on ‘Disinformation’
» Joe Rogan Podcast - Elon Musk
» Elon Musk - I Can't Believe It's Not Human!