All Hell Breaks Out At Apple China Factory As Workers Clash With Guards Over Lockdowns Sat May 07, 2022 9:35 am

All Hell Breaks Out At Apple China Factory As Workers Clash With Guards Over Lockdowns
Date: May 7, 2022Author: Nwo Report

“[Suspected of dissatisfaction with “closed-loop production” epidemic prevention is too strict] [Quanta’s Shanghai plant was shocked to hear that employees “rioted”] Shanghai Dafeng Electronics, a subsidiary of Shanghai Quanta, which has just partially resumed work, experienced an employee “riot” on the evening of Thursday (5th).
“As seen in the video, hundreds of young employees did not obey the command, jumped over the gate and ran away, and rushed out of the blockade to clash with the guards. It is reported that employees are dissatisfied with the epidemic prevention and control and want to go out to buy civilian materials,” RFA China tweeted. 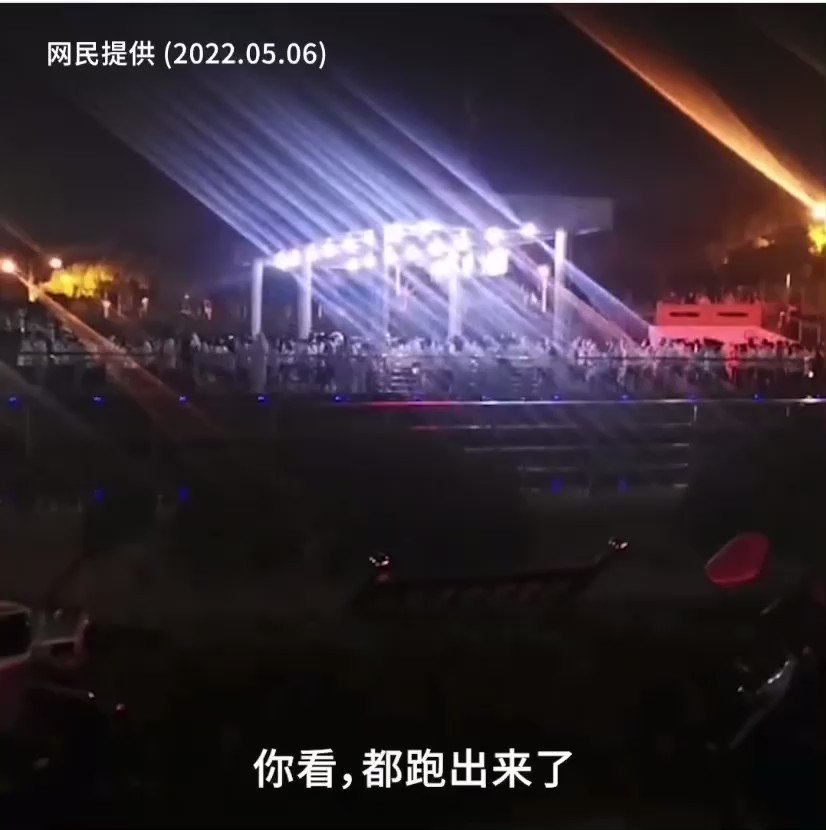 Taiwanese media outlet UDN said the riots occurred after Quanta “prevented employees who had returned to work from returning to the dormitory area during off-duty hours, causing employees to panic and worry about returning to a strict state of isolation and control. Therefore, the group rushed into the dormitory area to cause riots, mainly because of dissatisfaction with the strict epidemic control.”

Quanta is Apple’s top Macbook factory and has conducted closed-loop production at the factory for the last month to keep workers from getting infected. Bloomberg noted that the discontent was resolved Friday morning, and the factory returned to normal operations. In its latest earnings report, Apple warned that supply constraints would cost the company $4 billion to $8 billion in the current quarter.

Shanghai has enforced a zero-COVID strategy (supported by China’s Politburo) across Shanghai, locking down nearly 25 million people for more than a month. Reuters reports the city’s epidemic prevention and control situation is “improving.” Some companies opted for closed-loop production to keep factories open. This helped restart 70% of production in the manufacturing hub, while 90% of 660 top industrial companies have resumed output.
“But it’s unclear how long the closed loops can be sustained, given the resources required to feed and house thousands of workers at a time. The system also requires that workers avoid contact with anyone outside the loop, including family members,” Bloomberg explained.
The situation at Quanta on Thursday night shows workers are getting frustrated with strict controls and could lead to more uprisings at other factories.

» Police and Parents Clash in China After 145 Children Get Sick From Vaccines
» China Explosion: Was this a False Flag depicted in a Apple Commercial?
» FULL (OF IT) Benjamin bla bla blah Fulford - 10-4-21… “Biden regime defaults; is given until October 18th before all hell breaks loose”
» Currency War Breaks Out After Trump Accuses China and Europe of Manipulation
» Protests, Looting, Pets Destroyed and Mass Suicides in Shanghai China as People Starve During Lockdowns