Popular, fit and healthy Youtuber, Kevin Samuels, just dropped down dead unexpectedly. Is there a tenable link between high consumption of energy drinks, strenuous exercise and the mRNA vaccines?

I have been inspired to write this after reading a thought-provoking piece, Sports Drinks Are Neither Safe Nor Effective (May 05, 2022) by Michael Greger.

You must be living under a rock if you haven’t noticed a shocking uptick in sudden deaths of fit, sporty men in the public eye these past 18 years. Hundreds of our finest elite pro athletes are being hit with heart issues, collapsing and/or dying while in the peak of health.

Anyone fit and healthy, who works out hard may be vulnerable – and there appears to be a link with the mandatory vaccine program.  Someone I followed on Youtube, African American popular influencer, chemical engineer, entrepreneur and fitness freak, Kevin Samuels has just died suddenly at the age of 56.

Samuels was a shining example of an alpha male – self-made millionaire, smart, worldly and with millions of followers of his self-improvement regime for men.

Kevin was in exceptionally good shape – a keen fitness fanatic, cycling hundreds of miles a week. On screen always immaculately dressed, Youtube followers would also notice Samuels nonetheless slurping forever on a can of Red Bull.

According to Red Bull’s official website, its benefits include improved:


On www.thewisdomawakened.com it is reported:

“The energy drink comes in eight ounce cans, filled primarily of caffeine and sugar. Red Bull does in face provide you with a quick boost of energy, but it can also cause some unwanted side effects. When the caffeine and sugar begin to wear off, you’ll begin feeling lethargic. It’s likely that you’ll crave another can.”

Just one can of this popular stimulant can increase your risk of heart attack or stroke. It acts as a pre-cursor to cardiovascular problems. Just one hour after drinking a can of Red Bull, your blood system becomes abnormal. Thanks to these dangerous health effects, Red Bull is banned in Norway, Denmark and France. 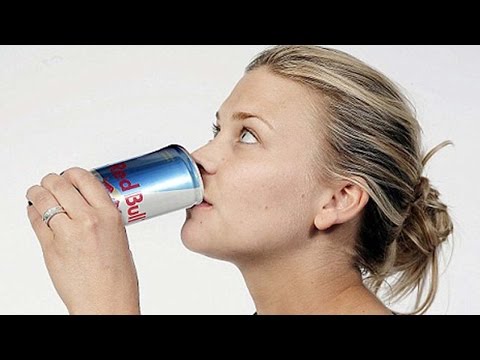 Red Bull has been related to several deaths. In 2000, 18-year-old basketball player Ross Cooney died just hours after drinking Red Bull. He shared four cans of the drink with some friends before playing in a basketball game.
Reading Greger’s article made me curious as to whether Samuel’s constant Red Bull habit was a clue, not only to his own demise, but to the prevalence of heart problems among other heavy users of sports drinks who were also double jabbed.

As Greger writes:
“Commercial influences may have corrupted the American College of Sports Medicine’s hydration guidelines.”

Greger explains to readers that this corruption was precipitated by one of greatest medical advance over the past two centuries – the medical marvel of drinking water mixed with sugar and salt.

“The discovery that sugar and salt are absorbed together in the small intestine “was potentially the most important medical advance this century. It opened the way to oral rehydration treatment for severe diarrhea—the main cause of infant death in the developing world.””

But the benefits were noted not just in the sick, but in the healthy seeking enhanced sports performance. Thus, was born electrolyte drinks.
The energy drinks industry was a 21st  century business phenomenon which grew from nowhere and those of us suffering ‘brain fog’ or ‘long covid’ in the aftermath of the insane pandemic would just as readily reach for the Red Bull for a ‘pick me up‘ as we would a cup of java.
Scientists Fear COVID Jabs Are Causing Long Term ‘Brain Fog’
Greger his concerns in his video Are Sports Drinks Safe and Effective?, sports drinks are a multibillion-dollar industry fueled by Coke and Pepsi.
But the whole narrative about energy drinks being a boon to body hydration and a boost to performance is a lie. Rather than enhance performance, energy drinks may do the opposite, according to latest research.

“Surprisingly, when researchers looked at triathletes, they didn’t find a correlation between dehydration and marathon finishing times. In fact, some athletes who lost the most water actually had among the fastest times, as has been noted in other studies, as well.”

Greger explains to readers that our bodies are not stupid; it will tell you when you need to drink.

“There is now ample evidence that drinking to thirst, even during prolonged exercise under hot ambient conditions, will allow maintenance of proper hydration,” meaning, we can just drink to thirst even while working out for a long time in the heat. And, we do not have to drink electrolytes. But if we’re sweating and just drink pure water, don’t we risk washing out too much sodium and ending up with “exercise-associated hyponatremia” (EAH), too little sodium?”

It turns out that can be caused by drinking too much of anything, whether it’s water or sports drinks. In one high profile case, a high school athlete who died from EAH had drank two gallons of Gatorade. How do we prevent such deaths? “Simple: drink according to thirst.” These “don’t wait until you feel thirsty” statements may actually be doing more harm than good.
On top of that we can also add to the mix the COVID jab factor. As we reported last January in Spate Of High Performance Athletes Collapsing With Heart Ailments.

“We’ve been hearing about it: dozens of high performance athletes collapsing on playing fields, some dying, after suffering heart problems. This is has led to concerns about mRNA vaccine safety and the spike proteins they render.”

Just recently there’s been a fresh spate of reports of athletes having suffered heart-related ailments and as a result have been sidelíned. For some, it may mean the end of their careers,” wrote Pierre Gosselin.
In December 2021 Principia Scientific International also reported that 295 Athlete Cardiac Arrests, 169 Dead, After COVID Shot.

“It is definitely not normal for young athletes to suffer from cardiac arrests or to die while playing their sport, but this year it is happening. All these heart attacks and deaths come shortly after they got a COVID shot.”

The American College of Sports Medicine (ACSM) advised athletes to “drink ‘as much as tolerable’ during exercise,” which can cause exercise-associated hyponatremia, too little sodium, and its associated encelphalopathy.
Kevin Samuels, along with these athletes may be the canaries in the mine that warn us of imminent danger. Their demise is being hidden so the people who are not paying attention do not see the warning.
So, why I am making such a strong link with the COVID jabs? Well, quite simply even our ‘trusted’ medical establishment is accepting that there is a link between mandatory vaccinations and heart problems, as Principia Scientific reported in February 2022 with Growing Heart Problems Forces CDC To Change Vaccine Schedule.
The article revealed:

“Some countries have halted or curtailed the use of the mRNA vaccines, particularly Moderna’s, among youths due to the heart inflammation issues, but U.S. health authorities have so far continued to recommend the shots for all Americans 5 and older, asserting the vaccines prevent more hospitalizations than the heart inflammation cases they cause.”

We only see the harrowing side effects among athletes and celebrities because they are in the spotlight. The nobodies – i.e. most citizens – do not make the news.
As such, I urge readers to do their own research on this question. I cannot confirm conclusively the link between covid jabs and energy drinks is a valid hypothesis, but it certainly warrants further investigation and our close attention.
Let me know your thoughts in the comments section below.