Yesterday at 7:34 am by PurpleSkyz

Yesterday at 7:10 am by PurpleSkyz 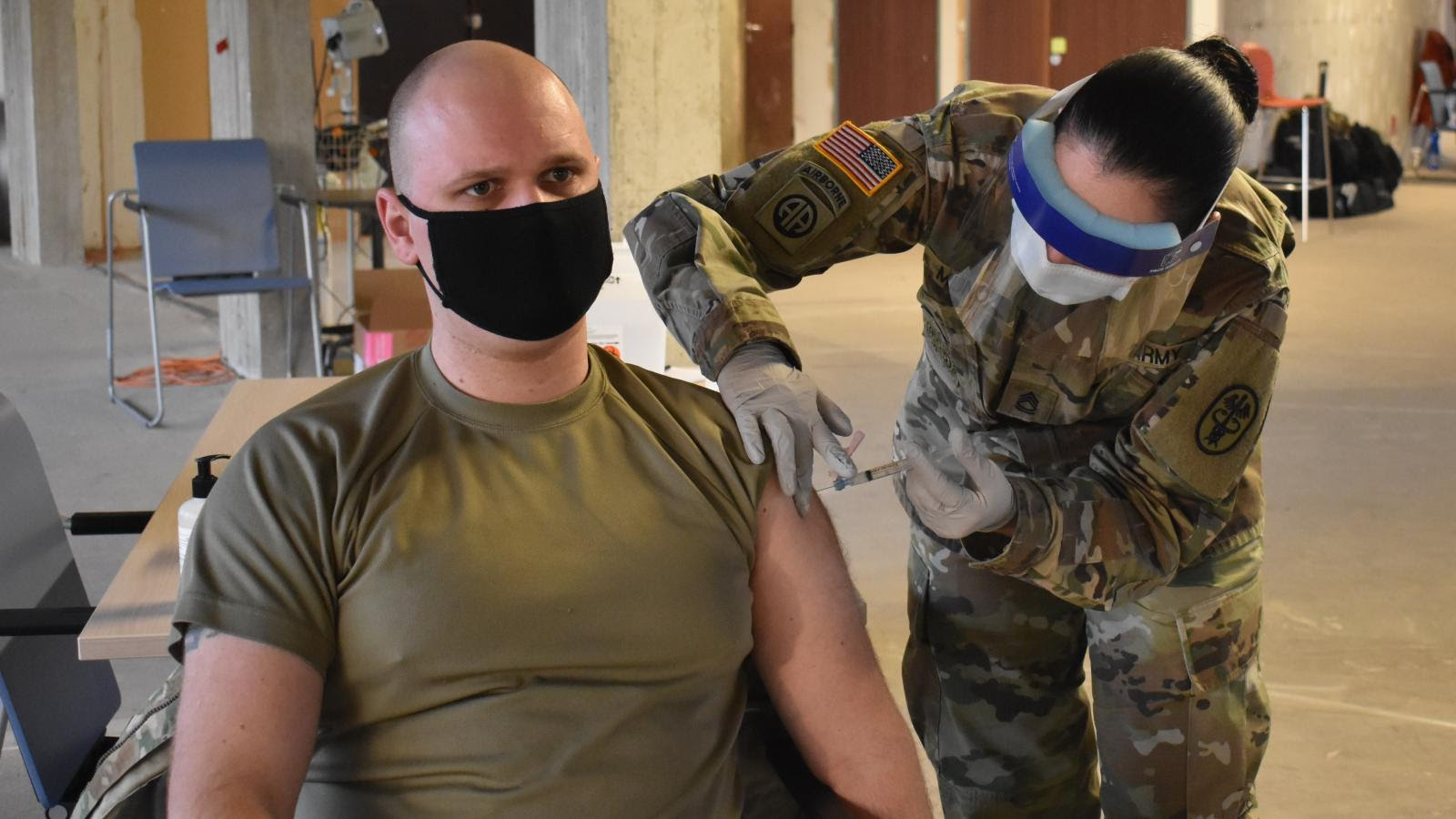 
A group of military doctors alarmed by reported spikes in service members' miscarriages, myocarditis, cancer and other serious issues in the first year of COVID-19 vaccine availability no longer trust the military's medical database, one of them told Just the News.
Lt. Col. Peter Chambers said he was now giving potential vaccine-injury cases, from his own practice and that of colleagues, directly to Sen. Ron Johnson for the Wisconsin Republican's ongoing pressure on the Department of Defense (DOD) to end COVID vaccine mandates.
Their last rendezvous was a few weeks ago in Dallas, where Chambers is based, the retiring Green Beret surgeon and Purple Heart recipient said in a phone interview this week. All service members have signed a release for their records, which include case numbers but not names, to be shared, Chambers said.
Johnson's office confirmed the meeting, telling Just the News the senator "has acknowledged and given those with vaccine injuries a platform to share their stories," including doctors. "His goal is to get them the treatment they need."
Among the senator's recent actions related to vaccine mandates, Johnson has urged three Veterans Affairs Medical Centers in Wisconsin to end their "pointless and destructive" mandates on employees who sought his intervention.
DOD took down, edited and restored the Defense Medical Epidemiology Database earlier this year after whistleblowers including Chambers testified on the reported spike in a legal challenge.
The department told PolitiFact — not Johnson, who had sent two letters on the matter — the 2021 spike was the product of a "glitch" that caused severe underreporting of 2016-2020 figures. That would mean the military underreported cases by about 20 million a year during that period, whistleblower lawyer Tom Renz said.
Johnson responded by demanding DOD preserve unaltered records, which a DOD spokesperson said had happened.
Chambers told Just the News that DMED used to be more trustworthy than the government's Vaccine Adverse Events Reporting System but now it's "completely unusable" because DOD changed many diagnoses that suggested vaccine injury after the military doctors went public.
Working on the border with the Texas National Guard, he personally observed highly unusual problems in "a healthy population that should not be seeing these things," from myocarditis to "brain bleeds," and continues to receive similar reports in his "retirement section."
Chambers said he developed demyelination after getting the Moderna vaccine in January 2021, which led him and Lt. Col. Theresa Long, another whistleblower, to review DMED.

He has more freedom to speak than Long, who was supposed to testify alongside Chambers until her commander gagged her from discussing DMED data the night before the hearing,
Long would face prosecution, jail time and dishonorable discharge for ignoring a direct order even if she later overturned the gag, according to Chambers, describing Long's command as "vitriolic." She didn't respond to queries.
Chambers, Long and lawyer Renz joined a group letter to the Federal Aviation Administration in December, demanding the medical "flagging" of all COVID vaccinated pilots and their testing for heart problems.
They alleged federal law prohibits commercial airline pilots who had taken emergency use authorization vaccines from flying, and imposes a 12-month observational grounding for newly approved vaccines such as Pfizer's Comirnaty.
After vaccinated pilot Robert Snow suffered cardiac arrest shortly after landing an American Airlines flight, anti-mandate pilots group U.S. Freedom Flyers accused the FAA of ignoring the risk to flights from such adverse events.

Asked if it ever responded to the December letter, the FAA repeated what it told Just the News when asked if it would investigate the Snow incident.
"The FAA's Federal Air Surgeon determined in December 2020 and February 2021 that pilots and air traffic controllers can safely receive the Pfizer, Moderna, or Johnson & Johnson vaccine," spokesperson Crystal Essiaw wrote in an email.