Blueberry supplementation has neurocognitive benefit in middle-aged individuals with insulin resistance and elevated risk for future dementia, according to a new study published in the journal Nutrients. 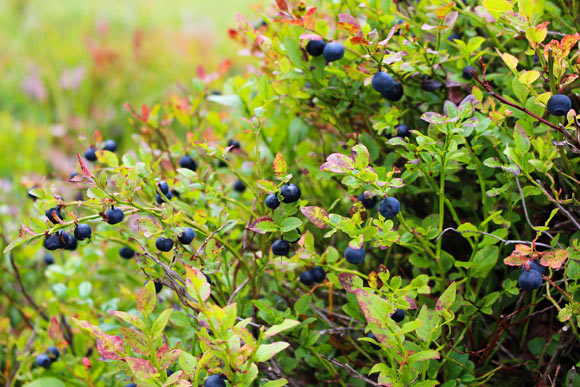 Blueberry supplementation may contribute to protection against cognitive decline when implemented early in at-risk individuals. Image credit: Kjerstin Michaela Noomi Sakura Gihle Martinsen Haraldsen.
Nearly six million older adults live with dementia in the United States.
Alzheimer’s disease accounts for up to 80% of dementia cases, and it is projected that there will be as many as 14 million Alzheimer’s cases by the year 2050.
There is no treatment for dementia, and it is not clear when effective therapy might be developed.
Accordingly, preventive approaches and mitigation of risk for cognitive decline represent the optimal means of coping with this public health challenge.
Targeting modifiable risks, such as poor nutrition and related metabolic disturbance, are among the more prominent emerging preventive approaches.
Berry fruit supplementation has the potential to produce varied health benefits, such as enhancement of metabolic function, moderation of inflammation and oxidative stress, improvement of vascular function, and augmentation of neuronal signaling.
Blueberries contain bioactive flavonoid compounds called anthocyanins and proanthocyanidins.
Anthocyanins impart the deep blue and purple color to blueberries. They are represented widely in fruits and vegetables although much more so in fruits.
Proanthocyanidins have plant defense functions, in particular antioxidant actions and response to stressors and infection, and have been implicated in risk reduction with respect to cancer, cardiovascular disease, metabolic disturbance, and neurocognitive disorders.
Notably, proanthocyanidins have been shown to reduce hyperglycemia in part via modulation of glucose transporter function and inhibition of gluconeogenesis.
“We had observed cognitive benefits with blueberries in prior studies with older adults and thought they might be effective in younger individuals with insulin resistance,” said Professor Robert Krikorian, a researcher in the Department of Psychiatry & Behavioral Neuroscience at the University of Cincinnati Academic Health Center.
“Alzheimer’s disease, like all chronic diseases of aging, develops over a period of many years beginning in midlife.”
The study involved 33 patients from around the Cincinnati area between the ages of 50-65 who were overweight, prediabetic and had noticed mild memory decline with aging.
Over a period of 12 weeks, the patients were asked to abstain from berry fruit consumption of any kind except for a daily packet of supplement powder to be mixed with water and consumed either with breakfast or dinner.
Half of the participants received powders that contained the equivalent of one-half cup of whole blueberries, while the other half received a placebo.
They were also given tests that measured certain cognitive abilities that decline in patients with aging and late-life dementia, such as executive functions like working memory, mental flexibility and self control.
Those in the blueberry-treated group showed improvement on cognitive tasks that depend on executive control.
“This was evident as reduced interference of extraneous information during learning and memory,” Professor Krikorian said.
Patients in the blueberry group also had lower fasting insulin levels, meaning the participants had improved metabolic function and were able to more easily burn fat for energy.
“The blueberry group displayed an additional mild degree of higher mitochondrial uncoupling, a cellular process that has been associated with greater longevity and reduced oxidative stress. Oxidative stress can lead to symptoms like fatigue and memory loss,” Professor Krikorian said.
“This finding was exploratory but points to an interesting, potential mechanism for blueberry benefits.”
_____
Robert Krikorian et al. 2022. Blueberry Supplementation in Midlife for Dementia Risk Reduction. Nutrients 14 (8): 1619; doi: 10.3390/nu14081619