Our population has peaked and is not too much for the world to bear; we can reassure our children that the earth does not have too many people on it and we are not polluting ourselves into oblivion. 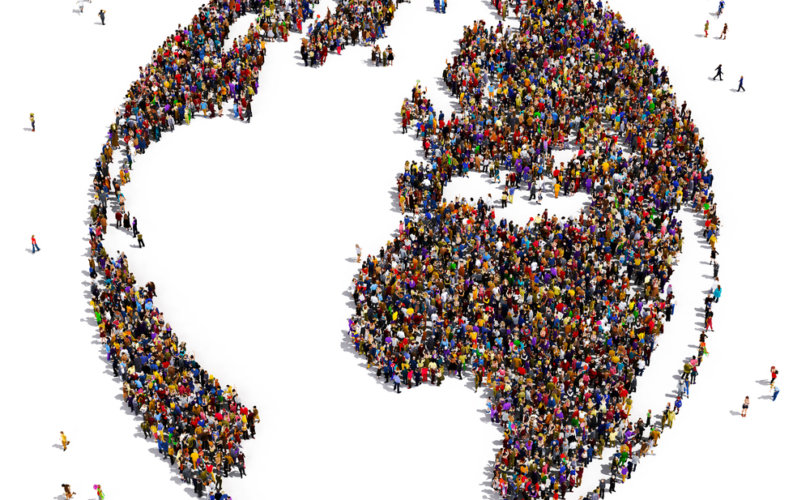 
BeyondWords
(American thinker) – There is good news coming out of the global population collapse.

“We are on the verge of something fundamentally different right now, yes. But a lot of it looks more like the world before 1945 than the world of the future.” – Peter Zeihan.

A little while back, a friend introduced me to the work of developmental economist Peter Zeihan. He identifies as a socially conservative libertarian but seems to be slightly further to the left than that. His science is spot on and he presents it in a way that’s agenda-free. He tells it like it is, is known for his accurate forecasts, and I think we need to listen to him. Here is a recent and very concise presentation of his scholarship.

When he spoke the words quoted above, Zeihan was referring to deglobalization, reconfigured industrialization and labor force, and the structure of the world’s economy. Deglobalization, he contends, is the natural outgrowth of the current planet-wide population contraction.
In about half of the world, the growth rate is above 2.1 percent. With some exceptions, these countries are largely not significantly industrialized and, unfortunately, many also are far from food sufficient.
Of the countries with more than 100 million inhabitants, India (2.20 percent), Indonesia (2.29 percent), and The Philippines (2.53 percent) are barely above replacement rate. Pakistan (3.45 percent), Ethiopia (4.15 percent), and Nigeria (5.32 percent) are currently facing severe food insecurity. Egypt (3.28 percent) will most likely suffer acutely from the expected decrease in wheat exports from Russia and Ukraine.
The boogeymen of my youth – Erlich’s The Population Bomb and Toffler’s Future Shock – begat the 1992 Rio Declaration on Environment and Development. That document and its spawn (Kyoto, Paris, UN 2020 and MDGs, UN 2030 and SDGs, etc.) are the base upon which the Intergovernmental Panel on Climate Change (IPCC), the Green New Deal, and all other attempts at a massive North-to-South wealth transfer were built.
As a body of work addressing “the environment,” all of this is now irrelevant.
Worldwide, the population is declining and it will continue to do so more and more precipitously for at least the rest of this century. Consumption, along with the required supporting industrialization, will contract right along with it. The population pyramid has turned into a population diamond.
I’m with Dr. Patrick Moore, a founder and former director of Greenpeace, when he says that whatever anthropogenically accelerated climate change we’ve had has been a very good thing. It brought the world back from the near brink of a mass extinction event due to cold. In fact, the world has greened perceptibly since we began pumping carbon into the atmosphere. His most recent presentation digs into the science of this, starting around the 12-minute mark.
The carbon currently being produced is being gobbled up by the expanding vegetation. We do not need to build massive pipelines to haul it across the nation to bury it in wells. Funnily enough, though, there is no outcry over carbon pipelines as there was for gas and oil pipelines. They are each as safe and, when buried, as undisruptive as the others.

Did Biden even know what he was saying in Boulder, Colorado, after the fires? No one moves to Boulder to look at man-made monstrosities. They live there to dwell in a cathedral of God’s creation.
Coal, oil, and natural gases are simply the world’s buried compost pile. They’re dead stuff that grew, greened, and thrived in the sunlight when the earth was younger. When we use fossil fuels today to heat our homes, take our kids to soccer practice, and charge our electric vehicles (EVs), we are reigniting the sun that shone down hundreds of millions of years ago when humanity was just a gleam in some dinosaur’s eye.
We’re extracting our energy much more safely and cleanly these days and using it much more efficiently than even a decade ago. We’re not going to run out of fuel; in fact, we’ll be using less and less as there are fewer and fewer of us.

We’ll need fewer cows too, not because they belch methane, but because there will be fewer of us eating them. Wait, are cows descended from fire-breathing dragons? Let’s explore. Never mind.
The last thing we need is the Department of Justice’s new Office of Environmental Justice. Anyway, I thought going after polluters was the purview of the Environmental Protection Agency. Attorney General Merrick Garland says he’s going to start prosecuting for the harm caused by environmental crime, pollution, and climate change. What’s he going to do? Subpoena the sun? I hope he delivers that document in person.
Because it is the sun, whirling like a dervish through its many cycles, and responding to the dance of the gas giants, that is warming the earth by the 0.5 degrees centigrade per hundred years that the IPCC is so afraid of.
That specific 2,100 to about 2,600 year-long periodic cycle is called the Hallstatt/Bray cycle. The sun warms the earth by a little less than half a degree centigrade every hundred years for 1,050–1,300 years; then, the earth cools at about the same rate for the next 1,050–1,300 years.
It’s a cycle. It happens naturally. It’s normal. Our just noticing it now doesn’t mean it’s new or that it has anything to do with us. We’ve survived the Hallstatt/Bray cycle before and we’ll survive it again. Right now, we’re about 400 years into the warming phase of the current cycle. Around 2,600 it will peak and then the cooling phase of this cycle will get underway.
The Modern Grand Solar Minimum is another of these cycles, with a period of between 350 to 400 years. We’re cooling down in the middle of warming up. Think of it as hitting a pothole during the drive up the hill. Darker, colder days are upon us for a while, getting worse soon, then better.
So, our population has peaked and is not too much for the world to bear. We can’t legislate away global warming or climate change no matter how much money we spend. And our pool of workers from which to extract that money is declining with each generation since the Boomers.
We don’t need any part of a Green New Deal. The socialists/communists will have to find some other grand idea behind which to plot their nefarious schemes at collectivization and resource transfer.
We can save our wealth to address real problems, such as how to support a large population of elderly (Boomers then Gen-Xers) with a decreasing workforce (Gen-Xers, Millennials, Zoomers), and things like that. We do not need to throw it away on the pipedreams of anti-scientific environmental hypocrites who flit around the globe in private planes from think-tank playfield to think-tank playfield.
We can fund the needed mental health care to address the suicidal ideation of Extinction Rebellion and its participants and followers. I’m sure they will be even more deeply depressed when they realize they’ve wasted their lives on the lies of the politicians, academics, and Non-Governmental Organizations out for the green, but never for the greening.
The good news is that we can reassure our children that the earth does not have too many people on it, we are not polluting ourselves into oblivion, that they will invent interesting and useful technology to address the issues of their days, and that glorious adventures await them.

Reprinted with permission from American Thinker.

» EUGENICS: Frightening Forecast Predicts 70% Decline In US Population By The Year 2025
» Climate Engineering And The Manipulated Perception Of The US Population
» New World Order’s Climate Hustle: Rothschild Climate Report Sauced Up By Pseudo Scientists ~ follow the money!
» Solving the mystery of the vanishing exoplanet
» Solving the Riddle of Byram Bridle