“I’ve already spoken to our foreign relations cabinet and if that proposal goes forward, it won’t be with Brazil,” says Brazilian president.

Posted BY: Jamie White
Brazilian President Jair Bolsonaro declared his country would not sign onto the World Health Organization’s (WHO) Pandemic Treaty, assuring that Brazil will not surrender its sovereignty to the globalist institution.
“Brazil will not get into this [WHO Pandemic Treaty]. Brazil is autonomous,” Bolsonaro told reporters on Thursday.

“Brazil is autonomous and will not get into this, you can forget about that. I’ve already spoken to our foreign relations cabinet and if that proposal goes forward, it won’t be with Brazil.”
The populist president reminded the media that he was one of the only world leaders who refused to impose the unscientific lockdowns.
“Moreover, I was the only statesmen that didn’t adhere to the lockdown policies,” Bolsonaro said. “I said we had to take care of the elderly and people with co-morbidities, and today studies outside of Brazil especially show that I was right.”
“And check this out, which state locked itself the most in Brazil? São Paulo. Which state had the most deaths per 100,000 people? São Paulo. That’s a sign that I was right.”
Bolsonaro even confronted WHO chief Tedros Adhanom Ghebreyesus last year over the experimental COVID jabs, warning that many people suffered severe side effects after receiving the second dose.

Jair Bolsonaro… Brazil *will not* sign the WHO Pandemic Treaty. “National sovereignty is not something to be handed over to WHO or other entities and to be renounced just to join a club of seemingly advanced nations”… 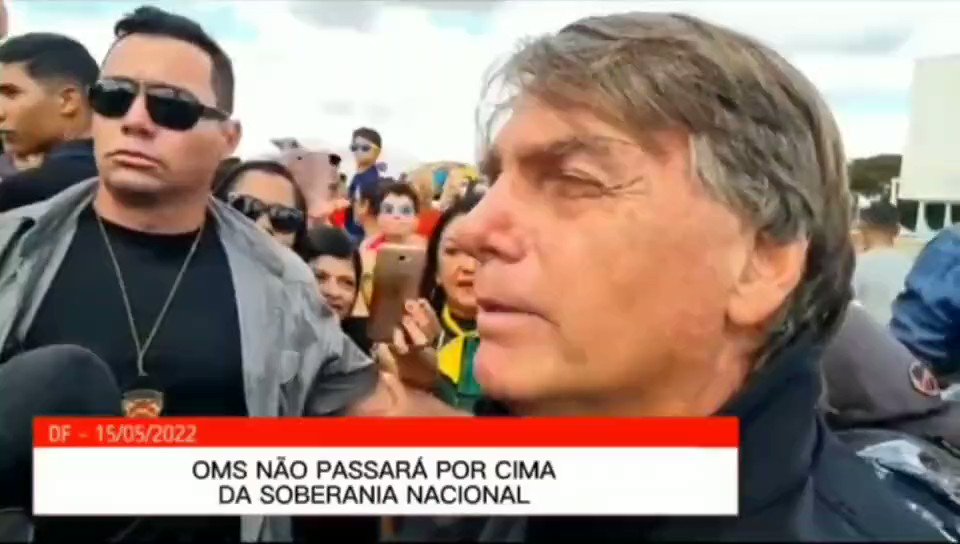 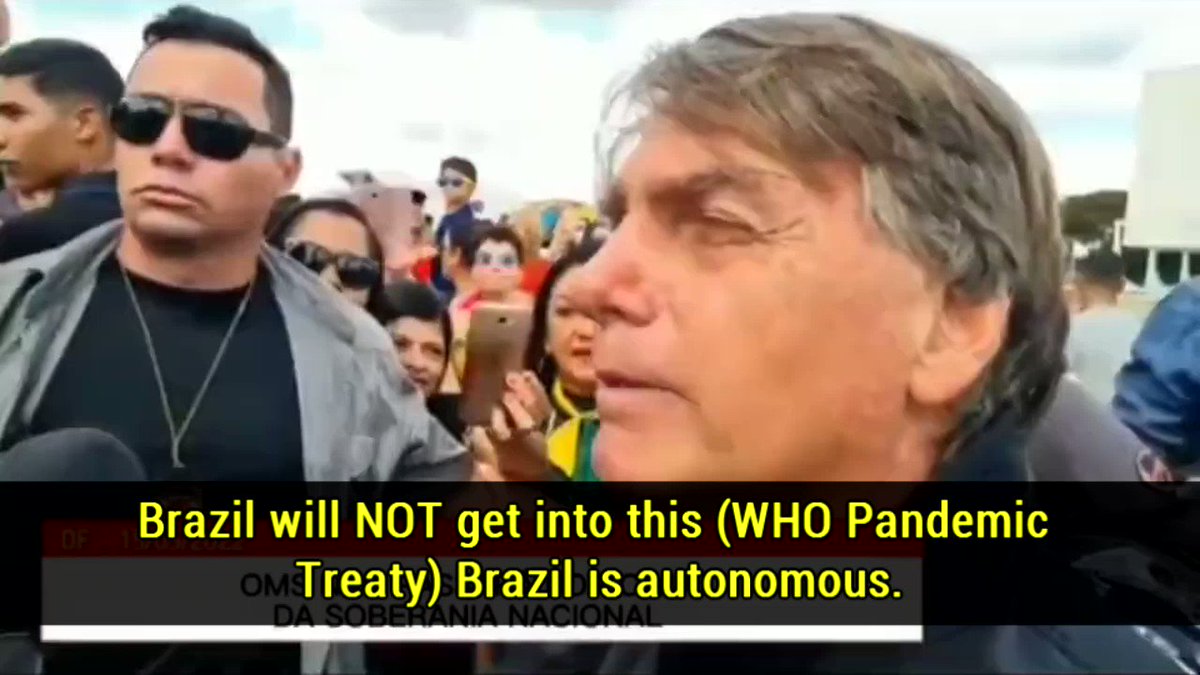 “In Brazil, many who get the second dose are getting COVID,” Bolsonaro told him. “In Brazil, many who got the second dose are dying.”
He also vowed to expose corrupt health officials who pushed the experimental injections on children, who are the least at-risk demographic from COVID-19.
The 75th World Health Assembly is gathering in Geneva, Switzerland, from May 22-28 to discuss the Pandemic Treaty and terms for other nations to sign onto it.

» Unpacking the Issues Around the WHO Pandemic Treaty
» Ron DeSantis: There Is ‘No Way’ Florida Will Support W.H.O. Global Pandemic Treaty
» World Health Organization’s pandemic treaty includes plans for global vaccine passports
» CDC Director Lies to America Announcing Latest “Pandemic” – “Pandemic of the Unvaccinated”
»  After ‘Rain of Lights’ over Puerto Rico and Brazil, giant object falls from the sky in Brazil January 3, 2015