Update on Satellites, Birds and Bones 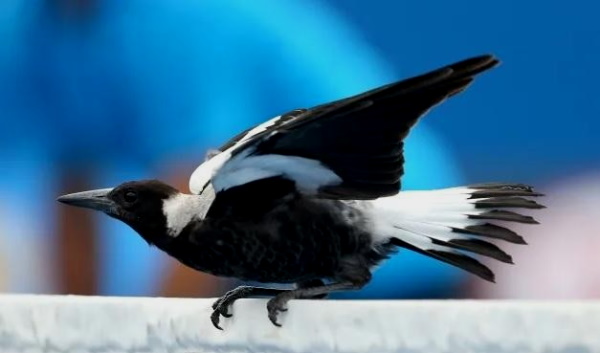 Scientists had trapped five magpies — one adult male, two adult females, and two juveniles — and had attached GPS devices to them in order to study their movements. These devices could only be released — so they thought — by a magnet that the birds would encounter at a feeding station. But it was not to be. After being freed, one of the juveniles was observed to be pecking unsuccessfully at its GPS device. Not to worry: an untagged adult female swooped down and came to its aid. She pecked at the harness holding the device in various places, and within 10 minutes had discovered its only weak spot — a one-millimeter section — and released it. Within one hour after being trapped and fitted with the device, the bird was free of it. Other magpies were observed helping each other out of the devices, and two days later none of the birds were tagged any more.
The birds were not re-tagged. Ornithologist Dominique Potvin, the leader of the study, said: “They clearly don’t like the trackers, so we have decided it’s not very ethical to continue to try to track something that doesn’t want to be tracked.”

Your donations in any amount will help fund the expansion of our critical environmental work. The Cellular Phone Task Force is a 501(c)(3) nonprofit organization, and donations from U.S. residents are tax-deductible.
The last 38 newsletters, including this one, are available for viewing on the Newsletters page of the Cellular Phone Task Force. Some of the newsletters are also available there in German, Spanish, Italian, French, Norwegian, and Dutch. To subscribe, go to www.cellphonetaskforce.org/subscribe.

» UPDATE - Vatican bones 'too old' to be missing girl
» Blue Chicken Cult Update - BREAKING: Retired ‘Dark Fleet’ Surgeon Known as ‘BONES’ Provides a Full Briefing to the SSP Alliance
» Skull & Bones 322 - What is it?
» Satellites DON'T Act Like This
» That ‘Feeling in Your Bones’ Has Nothing to Do with the Weather