OUT OF MIND » THE INSANITY OF REALITY » GOVERNMENT & THE NEW WORLD ORDER » COVER-UP: ‘….Hillary Clinton Did It’

COVER-UP: ‘….Hillary Clinton Did It’

COVER-UP: ‘….Hillary Clinton Did It’

SM:…Strike another one up for the ‘Wicked Witch of the West’ & her tag-along Dixie Mob…
What It Means That ‘Hillary Clinton Did It‘ – By David Zukerman
The Wall Street Journal ran a scathing editorial on May 20, called “Hillary Clinton Did It“.
(Also Read: Fears Mount for Robby Mook after Exposing Hillary Clinton’s Russia Hoax @ https://www.lewrockwell.com/2022/05/no_author/fears-mount-for-robby-mook-after-exposing-hillary-clintons-russia-hoax/) 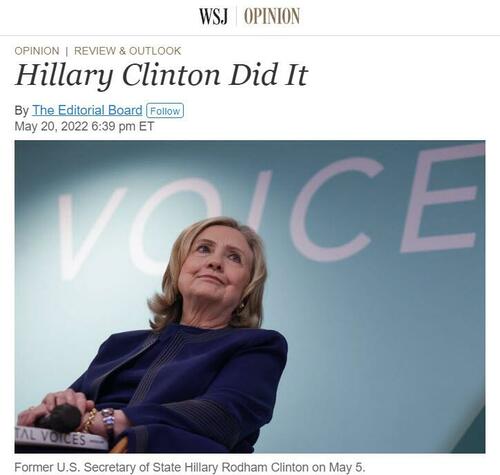 “The Russia-Trump collusion narrative of 2016 was a dirty trick for the ages — and now we know it came from the top — candidate Hillary Rodham Clinton.”

“That was the testimony Friday by 2016 Clinton campaign manager Robby Mook in federal court [in Washington, D.C.], and while this news is hardly a surprise, it’s still bracing to find her fingertips on the political weapon.”

(Also not surprisingly, The May 20 print edition of The New York Times did not include a story on Mook’s testimony.)
Mook’s testimony was heard at the trial of attorney Michael Sussman, charged with lying to the FBI in calling to their attention a story that Donald J. Trump, by means of connections with Russia’s Alfa Bank, was colluding with Russian President Vladimir Putin.
The lie at issue was not the false claim about a Trump-Alfa connection, but the charge that Sussman brought this matter to the FBI as a good citizen, and not as a representative of the Clinton campaign.
As the Journal editorial noted:

“Prosecutors say [Sussman] was working for the Clinton campaign.”

The editorial pointed out,

“Mr. Mook said Mrs. Clinton was asked about the plan [to call attention to the Trump-Alfa ties] and approved it. A story on the Trump-Alfa Bank allegations thus appeared in Slate, a left-leaning online publication.”

After that, the Journal explained how the Clinton campaign used the self-generated news of the investigation and the initial Slate article that came of it, both of which they had planted, as the basis for making tweet after tweet to the press about the Slate report to churn up mass coverage about it in the press and convince the public that the investigation was about something serious.
The concluding paragraphs of the editorial are worth quoting in full:

In short, the Clinton campaign created the Trump-Alfa allegation, fed it to a credulous press that failed to confirm the allegations but ran with them anyway, then promoted the story as if it was legitimate news. The campaign also delivered the claims to the FBI, giving journalists another excuse to portray the accusations as serious and perhaps true.
Most of the press will ignore this news, but the Russia-Trump narrative that Mrs. Clinton sanctioned did enormous harm to the country. It disgraced the FBI, humiliated the press, and sent the country on a three-year investigation to nowhere. Vladimir Putin never came close to doing as much disinformation damage.

The harm done to the United States by the perfidy of the Clintonistas cannot be overemphasized.
That “three-year investigation to nowhere” represented the Clinton-Obama attempted takeover of the government. (Call it the COAT campaign.) With congressional Republicans unwilling to prevent the COAT campaign, the Trump administration was blocked from putting U.S.-Russia relations on a rational, mutually beneficial footing, to the point that, under the present Senate leadership, the specter of war with Russia is no longer an unthinkable thought. The COAT campaign succeeded in keeping the Ukraine pot boiling, with the water first heated by Obama’s stirring up of anti-Russian feelings in Ukraine, leading to the Maidan revolution that ousted the legitimately elected president of Ukraine, Viktor Yanukovych.
A political opposition ready to lie about Donald J. Trump, supported by a media prepared to believe the worst about Mr. Trump has given us the current reality where the deep state is using NATO as an instrument to humiliate Russia, and Republican leaders in Congress are going along with the plans of the deep state to make the globe an unsafe place except for the globalist hegemony.
Most of the press will indeed ignore disclosure of the source of the baseless accusations of Trump-Russia collusion — it is no accident that the New York Times ignored the Mook testimony in its May 20 editions. It is, moreover, unlikely that the press will be humiliated by its mendacious coverage of Hillary Clinton; the media, on the contrary, wears its mendacious coverage of Clinton and the anti-Trump neo-totalitarians as deserving of journalistic honors.
Never in the history of this Republic have so many citizens been so ill-served by so many “elitists” in government and the media. 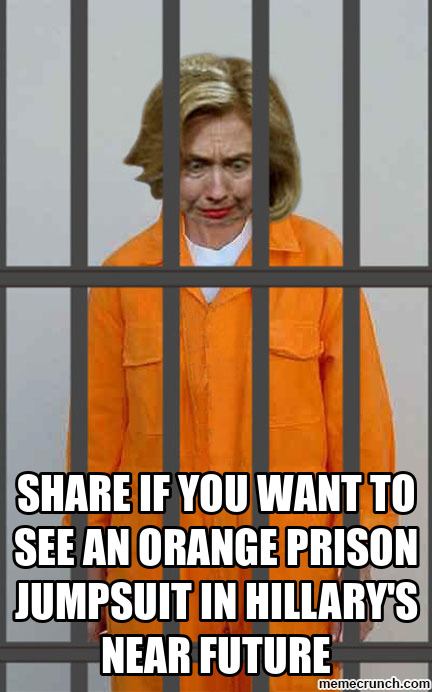 OUT OF MIND » THE INSANITY OF REALITY » GOVERNMENT & THE NEW WORLD ORDER » COVER-UP: ‘….Hillary Clinton Did It’