OUT OF MIND » VOICES CARRY » AMAZING PEOPLE, PLACES & THINGS » The Solega People: An Indian Tribe That Coexists in Harmony With Tigers

The Solega People: An Indian Tribe That Coexists in Harmony With Tigers

The Solega People: An Indian Tribe That Coexists in Harmony With Tigers 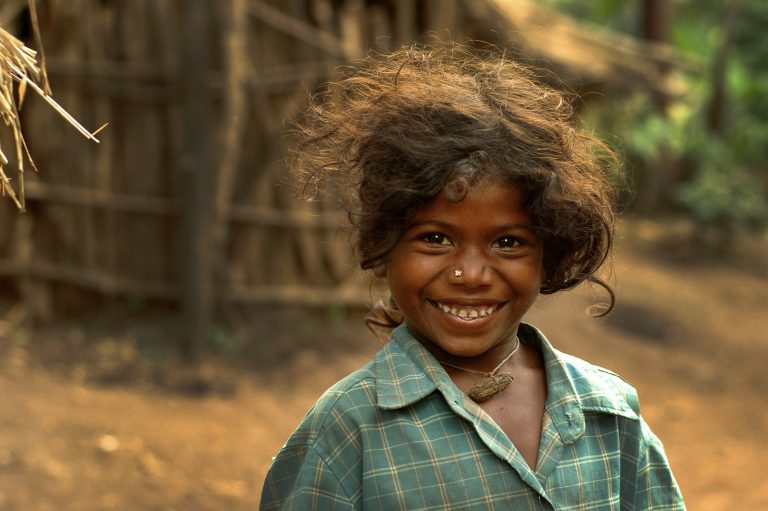 The Solega people have coexisted with wildlife for centuries. Their secret to staying safe is rooted in their spiritual beliefs and respect for nature. (Image: Kalyan Varma via Wikimedia Commons)
Amidst the dense vegetation of the Biligiriranga Hills in India, surrounded by the most biodiverse flora and fauna, live the Solega people. The formerly semi-nomadic group has been able to coexist with wild animals for centuries thanks to their broad ecological knowledge.

The potential danger that wild animals represent to humans seems insignificant to the Solega people. After numerous years of observing nature, the tribe understands the vital role that each animal — tigers, leopards, elephants and sloth bears — plays in the conservation of the forest. They support and promote the increase of their population, especially that of the tiger.

Animals are their spiritual relatives and moral guides

According to Solega’s folklore and traditions, everything in nature is alive and has a distinct spiritual essence. The Solegas believe that animals are the manifestation of deities and that harming them is tantamount to a major sin that brings trouble and punishment for the perpetrator.
“As for the tiger, we say that it’s Madeswara’s [the god creator of the Solegas] animal. If we harm that animal, Madeswara himself will punish us. If we kill that animal, Madeswara will punish us. You mustn’t! Leave the animal in peace,” said a Solega member in an interview for a research paper on human-wildlife relations.

For the Solegas, the tiger is the vehicle or vaahana of their Creator, Madeswara. (Image: Pixabay via Pexels)
Animals not only represent their deities, but also help them keep their character in check. The Solegas have seen that each time they make a mistake, animals come near them and won’t leave until they perform a ritual appeasement to repent before the gods. They believe that if they live a truthful life free of sins, their gods will reward them with protection from dangerous animals.

Forest living has allowed the Solegas to develop an encyclopedic knowledge of its wildlife. They can identify the smell of most of the animals and tell the mood of an elephant by the way it holds its trunk.
In conversations with the birds, they know when the woodpeckers are warning them that a dangerous animal is nearby or when they are approving of a safe path to take. To this, the Solegas respond with a click-whistle to thank and pacify the bird. In Solega folklore, birds are portents that signal the presence or absence of predators. The Woodpecker, in particular, emits a tapping sound when the tribe is about to take a path that leads to dangerous animals. (Image: John Napier via Pexels)

Before “Conservation Biology” became a term, the Solega people already knew how to protect the biodiversity of the forest. They developed a litter fire regime that became a traditional technique for the rotation of their crops.

The fires produced by the tribe serve to control the growth of an exotic invasive plant called Lantana camara. When this rapid-spreading herb is left to grow, it blocks areas of the forest, making them difficult to navigate for animals and humans, who also find themselves unable to access the food sources of the zone.

Flowers of Lantana camara. (Image: কামরুল ইসলাম শাহীন via Wikimedia Commons)
In addition, the dominance of Lantana affects the growth of other plant species and may cause mammals to get trapped among its branches, thus threatening the biodiversity of this ecosystem. Moreover, according to the Solega, this plant hinders the natural flow of rainwater to water bodies.
Ironically, in the name of conservation, the government declared the forest a wildlife sanctuary, banning the Solegas from applying their traditional fire technique that prevents the spread of the invasive Lantana. The spread of this plant subsequently deteriorated the local ecosystems. 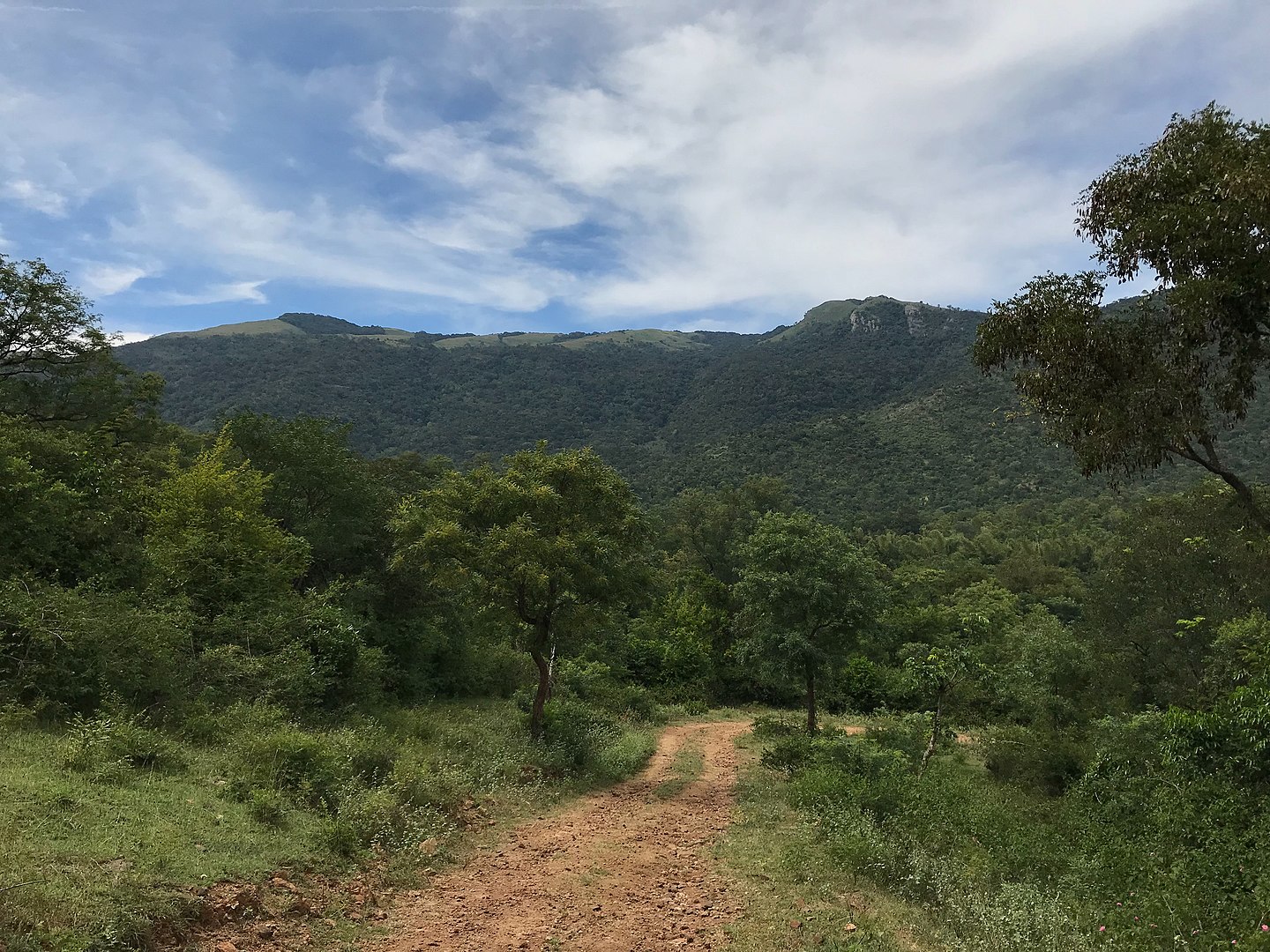 The Biligiriranga Hills. (Image: Prashanthns via Wikimedia Commons)
When the forest was declared a wildlife sanctuary in 1974, the Solegas were evicted from their homes and forced to settle in permanent villages, after being accused of threatening the forest tiger population. Those who refused to leave the forest were subjected to imprisonment, torture and shootings by forestry officials, according to Survival, a non-profit indigenous rights organization.
Following the relocations, rumors were spread that when the Solegas lived in the forest, they led a difficult life surrounded by dangerous animals that instilled fear in them. In addition, official reports were released indicating that tiger numbers had increased since the eviction of the tribe.
However, Indigenous Rights organizations spoke out to clarify that, far from being afraid or a threat to tigers, the Solegas were their greatest protectors, given the spiritual significance of this feline in their culture.
After several years of legal trials, the Solegas became the first tribe to be granted the right to live within a natural reserve. Under the Forest Rights Act, this tribe was allowed to return and protect approximately sixty percent of the forest.
Subsequent studies revealed that during the four years after the Solegas were allowed to return, the forest tiger population nearly doubled. This increase far exceeded the national growth rate of tiger populations, causing the public to question the reliability of the official reports published when the Wildlife Protection Act was first implemented.
https://www.visiontimes.com/2022/04/15/tigers-and-the-solega-people.html

OUT OF MIND » VOICES CARRY » AMAZING PEOPLE, PLACES & THINGS » The Solega People: An Indian Tribe That Coexists in Harmony With Tigers