OUT OF MIND » PERCEPTUAL AWARENESS » OTHER DIMENSIONAL » Dr. Rick Sheff seeks to merge science and spirituality after having telepathic experiences

Dr. Rick Sheff seeks to merge science and spirituality after having telepathic experiences

Dr. Rick Sheff seeks to merge science and spirituality after having telepathic experiences Thu May 26, 2022 8:40 am

Dr. Rick Sheff seeks to merge science and spirituality after having telepathic experiences
05/25/2022 / By Kevin Hughes
Bypass censorship by sharing this link: 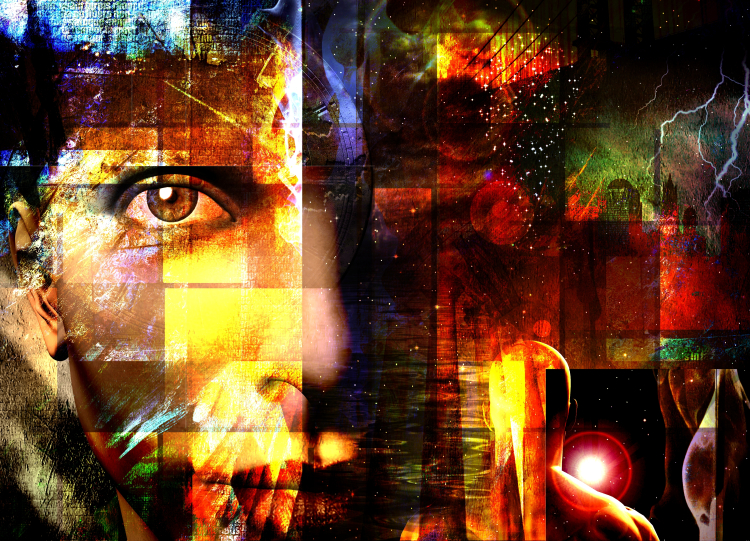 Medical doctor and author Rick Sheff is seeking to merge science and spirituality after witnessing cases that can be described as telepathic experiences.
Separately, he was able to brush aside each as a rare occurrence or an anomaly. But these “data points,” as he calls them, began to make sense.
Two data points made cracks in his armor of atheistic confidence and disturbed what he calls his “web of belief” that is based on modern science.
“Every one of us functions in a personal web of belief. Think of this as a network of mutually reinforcing knowledge claims about the world. When we encounter a data point – an experience, or a scientific result – that doesn’t fit our web of belief, we have three choices,” Sheff said.
The first choice is to deny that it is data and to consider it as just coincidence; the second is to take it as anomalous data that stays on the edge of the web of belief and doesn’t influence the core; and the third is to allow it to take up residence deeper and deeper in the web of belief, creating shifts at the very core – which is what happened to Sheff.
The data points eventually shattered his web of belief. He said the shattering was painful at the beginning, but “the result has been more joy than I ever knew possible.”
And that was the source of the title of his book, “Joyfully Shattered,” which tells his story and talks about what he sees for the future of science – a science harmonized with spirituality instead of contrary to it. That’s one of the 17 books he has authored or co-authored so far.

Sheff shared the telepathic experience he had with a patient, a terminally ill six-month-old baby named Ryan.
The doctor said a feeling of intuition came over him and he felt that Ryan might be holding on because he knew his father Tom wouldn’t be able to accept his death. Sheff suggested to Tom to approach Ryan’s bedside and tell him it’s okay if he leaves. The baby died two hours later.
“The scientist in me wanted to say that this was all just a coincidence. Labeling it a coincidence would preserve my faith in the science in which I had been trained,” Sheff wrote in his book.
Sheff also talked about the experience of his then-pregnant wife, Marsha, who awoke from a deep sleep at 4:30 a.m. and said that her best friend, Susan, was in labor. (Related: High-functioning autistic five-year-old reportedly showing signs of telepathy.)
His wife said she felt a tingling energy coursing through her whole body. Marsha was sure of it, but she didn’t contact Susan and eventually went back to sleep. She found out later that Susan had started to feel contractions at 4:30 a.m.
“I suddenly knew people could communicate at a distance,” said Sheff, who told about the experience to a fellow physician who told him that “it’s not data, it’s just coincidence.”
Sheff described in his book his reaction: “What do you mean coincidence? The statistical chances of Marsha awakening at precisely the same moment Susan was awakened with her first contraction and Marsha being flooded with energy and knowing that Susan was in labor at that moment are so vanishingly small that something had to cause it. To call this simple coincidence is an outrageous act of faith. It’s not good science.”
But Sheff made it clear he doesn’t resent people like his fellow physician because he understands their perspective. Sheff said that if someone had come to him with a similar account when he was still involved in absolute materialism, he would have had a similar response.
Follow Unexplained.news for more news about events that are hard to explain.
Watch the video below that talks about autism and telepathy in an evolved mind.

OUT OF MIND » PERCEPTUAL AWARENESS » OTHER DIMENSIONAL » Dr. Rick Sheff seeks to merge science and spirituality after having telepathic experiences