India Buying Up Cheap Sanctioned Russian Oil and Selling it to US and EU at Huge Profits Sat Jun 04, 2022 10:11 am 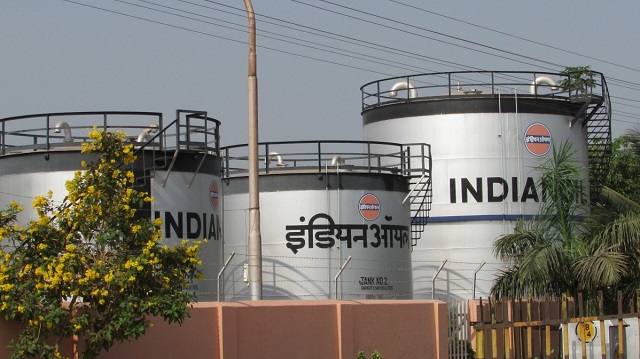 By Chris Menahan
InformationLiberation
India is buying up cheap sanctioned Russian oil, refining it, then selling it to the US and EU for huge profits, according to a report in the Wall Street Journal.The US has reluctantly given India permission to buy Russian oil because India has threatened to ditch their alliance with America and ally with China if the US dares to sanction them.
While Americans and Europeans are being forced to pay record prices for gas as “the cost of standing up for freedom,” the free nation of India is buying oil from Russia for a whopping $35 off a barrel and selling it back to us in a hilarious arbitrage scheme.
From WSJ, “Russian Oil Producers Stay One Step Ahead of Sanctions”:

Europe just targeted Russian crude with its toughest sanctions yet, but shippers and refiners are getting the oil to market by obscuring its origins. Some fuels believed to be partially made from Russian crude landed in New York and New Jersey last month.
The cargoes were brought through the Suez Canal and across the Atlantic from Indian refineries, which have been big buyers of Russian oil, according to shipping records, Refinitiv data and analysis by Helsinki-based think tank Centre for Research on Energy and Clean Air.
[…] [India’s] imports have skyrocketed to 800,000 barrels a day since the war began, compared with 30,000 barrels a day previously, according to commodity-markets data company Kpler.
[…] A refinery owned by Indian energy giant Reliance Industries Ltd. bought seven times more Russian crude in May, compared with prewar levels, making up a fifth of its total intake, according to Kpler.
Reliance chartered an oil tanker to carry a cargo of alkylate, a gasoline component, departing from the nearby Sikka port on April 21 without a planned destination. Three days later, it updated its records with a U.S. port and sailed over, discharging its cargo on May 22 in New York.
“What likely happened was Reliance took on a discounted cargo of Russian crude, refined it and then sold the product on the short-term market where it found a U.S. buyer,” said Lauri Myllyvirta, lead analyst at the Centre for Research on Energy and Clean Air. […]
Reliance didn’t respond to a request for comment. Its joint chief financial officer, Srikanth Venkatachari, said in a May 6 briefing that the company has minimized feedstock cost by sourcing “arbitrage barrels.”
Indian refined oil-product exports, beefed up by cheap Russian supplies, have grown sharply since the beginning of the war. Daily shipments to Europe have risen by a third and by 43% to the U.S. on a quarterly basis.

» "some good news Dina UK is no longer selling or buying currencies praying that other follow suit!"
» Microsoft Not Only Funds ID2020 But They Also Filed A Patent For A Device Connected To The Human Body For Buying And Selling Cryptocurrency
»  Russian Transmutation of Elements Cheap ‘Precious’ Metals and Transmutation of Nuclear Waste
» Big Food Marking Up Prices ‘Again and Again’ Amid Huge Profits, Shareholder Handouts
» Huge Farside Eruption, Unusual Event in India | S0 News July 2, 2015