OUT OF MIND » THE INSANITY OF REALITY » GOVERNMENTS & THE NEW WORLD ORDER » The Great Robo-placement? Workplace Robot Orders Jump 40% In First Quarter 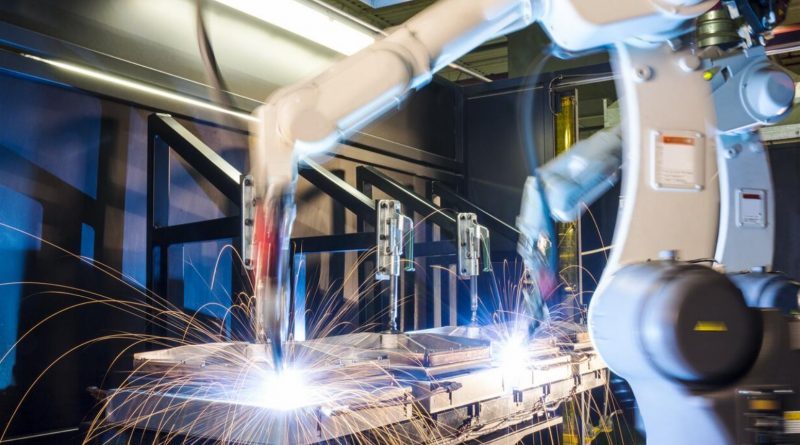 As we come out of the Covid-19 pandemic – which was more like a controlled demolition of small businesses, followed by a mismanaged, taxpayer-funded cocaine binge that dropped vicious inflation on our laps – more and more industries are turning to robots as they struggle to hire enough workers to fill mounting orders.
According to the Wall Street Journal, orders for workplace robots increased by 40% during the first quarter of 2022 vs the same period in 2021, a according to the Association for Advancing Automation – the robotics industry’s trade groups.
The explosive growth follows a 22% increase y/y in 2021 after years of stagnant growth, according to the group.
“Before, you could throw people at a problem instead of finding a more elegant solution,” said Joe Montano, chief executive officer of Delphon Industries LLC, a maker of packaging for semiconductors, medical devices and aerospace components.
Montano told the Journal that Hayward, CA-based Delphon lost 40% of its production days in January after Covid-19 worked its way through their workforce. So, they bought three additional robots to fill the gap. The company began leasing robots around four years ago, which has since grown to 10 robots – four of which work side-by-side with employees.
According to Montano, two robots reduced a three-person printing crew to one, saving $16,000 per month in expenses.

Two other Delphon cobots assemble packaging for shipping semiconductors and other fragile cargo, which are shipped in plastic boxes. Robots are now being used to clean the 2-inch-by-2-inch boxes with jets of air, dispense a bead of glue inside them and then install layers of mesh and the company’s silicone film padding.
Mr. Montano said Delphon is scaling up robots to work on larger-size boxes. The robots have improved the company’s productivity, he said, resulting in shipments increasing about 15% in 2021 and 2020, respectively, without increasing the company’s workforce of 200 people. -WSJ

“We haven’t reduced any head count, but we reassigned them to where we needed people,” Montano claims.
The United States has been slower to embrace robotics vs. other industrialized countries such as South Korea, Japan and Germany, according to the International Federation of Robotics. In North America, they have primarily been used in the automotive industry performing repetitive tasks such as welding.
“The robot doesn’t stop to rest, and that’s understandable for a human because it’s a hard job,” said Newman, who added that the grinding robot can apply more force with a grinding tool than a human can.

Acquiring the grinding robot took Athena about four years of research and engineering, Mr. Newman said, including help from 3M Co., which supplies the abrasive materials used in the grinding tool wielded by the robot. Athena has deployed six other robots, four of which weld the racks and two that load metal into machines. Most of these off-the-shelf robots were delivered in a few weeks and can be programmed remotely from a phone app, he said. -WSJ

“The robots are becoming easier to use,” according to Michael Cicco, chief executive officer of Fanuc America, a subsidiary of Japan’s Fanuc Corp, a major supplier of industrial robots. “Companies used to think that automation was too hard or too expensive to implement.”
So what’s likely to happen? MIT economics professor Daron Acemoglu thinks the shift to automation will lead to an oversupply of human labor that will drive wages lower, unless other industries can absorb the displaced workers.
“Automation, if it goes very fast, can destroy a lot of jobs,” he said. “The labor shortage is not going to last. This is temporary.”

OUT OF MIND » THE INSANITY OF REALITY » GOVERNMENTS & THE NEW WORLD ORDER » The Great Robo-placement? Workplace Robot Orders Jump 40% In First Quarter