OUT OF MIND » ARCHIVES OF SCAMMERS & SHYSTERS NO LONGER RELEVANT. IGNORE THEM AND MAYBE THEY WILL GO AWAY.. » ITTCS & KEVIN ANNETT » Tens of Thousands march in rival protests over Hong Kong’s leader 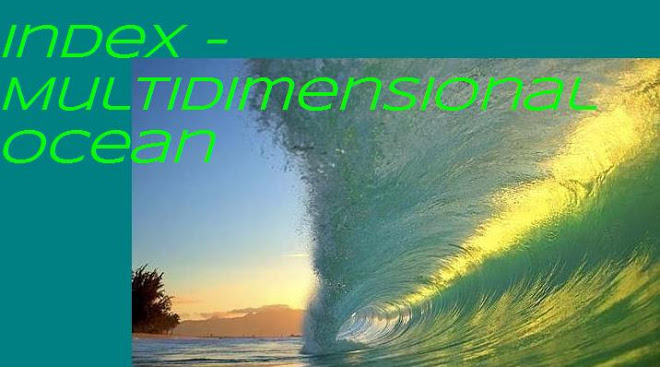 
Up to 130,000 people have held rival marches in Hong Kong both for
and against the city’s chief executive, Leung Chun Ying. Those
protesting against him say he has misled the public over a controversial
real estate issue.

­Organizers of the march calling for Leung’s impeachment estimated
their numbers at 130,000, although police put the figure at a more
modest 26,000 at its peak.

Supporters of Leung who organized a follow up march reported that
over 60,000 turned out, although police again downsized the figure to
about 8,000.

Some of Leung’s supporters roughed up a couple of local journalists
who they believe were biased in favor of democracy at a separate rally,
but the two main marches passed off peacefully.

Leung’s critics say he should step down over allegations he lied
about illegal renovations to his mansion. Leung secretly extended his
$64 million home without getting government planning permission or
paying real estate fees. He is accused of lying about it during last
year’s election campaign and even built a false wall to try to conceal
it.

Leung has been widely accused of hypocrisy over the issue, as he won
the election on July 1st last year by criticizing his opponent, Henry
Tang, for the unauthorized building of a huge basement for a villa owned
by his wife.

Tang didn’t get government planning permission either, which is
difficult to obtain without making large payments to the government,
which owns most of the land in Hong Kong and collects lease payments
based mainly on the square meterage of developments.

Leung’s critics also accuse him of being a puppet of Beijing. The
chief executive is chosen by a panel of 1,200 business leaders and other
groups, who are mostly Beijing loyalists, while the legislature is half
elected by the public and half by business groups.

“As Chief Executive, he cannot convince the public that he is a leader with credibility. [He] is not honest,” said Sandy Chung, a clerk who was at the anti-Leung protest.

Another demonstrator said he was frustrated at having no say in who the city’s leader was.

“We don’t even have a vote, he is elected by a small group of
people. We cannot use our voting right to express our view no matter how
his performance is,” said Calvin Tse, a designer.

Leung’s backers on the other hand, many of whom are connected to
groups with financial support from Beijing, argue that he is beginning
to address deep-rooted social issues. They also suggest that democracy
is a western concept, which is not compatible with fast economic
development or local culture.

A protester dresses as a cultural revolution red guard wearing a
wolf mask during a protest urging Hong Kong’s Chief Executive Leung
Chun-ying to step down in Hong Kong January 1, 2013 (Reuters / Tyrone
Siu)
Leung appears to have the confidence of leaders in Beijing despite a
series of controversies in Hong Kong. The island is a semi-autonomous
territory that Britain returned to Chinese rule in 1997.

Both the Chinese president, Hu Jintao and Xi Jinping, who became
General Secretary of the ruling communist party in November and is
expected to become the next Chinese president in March have said
separately that they support Mr. Leung and his administration.

Among the protesters at the anti- Leung rally a few old colonial Hong
Kong flags could be seen from when the Island was ruled by the British.
Beijing has asked Hong Kong residents not to display the flag, which
they see as a symbol of past humiliation.

However, a young office worker who was who was on the anti-Leung
march sporting a small old colonial flag said she didn’t want to go
back to British rule but was nostalgic for “the golden days of Hong Kong,” it was reported by the New York Times.

She explained that in those days the economy seemed to offer more
chances for young local people and the islander’s seemed to have a
greater autonomy to decide their own fate.

Many Hong Kong residents blame the government for growing immigration
mainland China, which has caused overcrowding in local schools, has
pushed up house prices and has made it harder for local people to find
jobs.

His supporters say that he has tried to tackle these issues in his
first six months in office by bringing in steep tax rises on short term
real estate investments on anyone who is not a local and by banning Hong
Kong hospitals from scheduling any more births for mainland mothers.

Hong Kong enjoys many western style civil liberties not seen on
mainland China and Beijing has promised that Hong Kong will be able to
directly elect its leader by 2017 and that the Island’s legislature will
be fully democratic by 2020.

A woman carries a placard of the city’s leader Leung Chung-ying
with her finger piercing his nose, as she joins protestors marching down
the streets during an anti Leung Chung-ying protest in Hong Kong on
January 1, 2013 (AFP Photo / Antony Dickson)

Demonstrators sit on a main road running thru the central
business district during a sit in protest against the city’s leader
Leung Chung-ying in Hong Kong on January 1, 2013 (AFP Photo / Antony
Dickson)

Demonstrators sit on a main road running thru the central
business district during a sit in protest against the city’s leader
Leung Chung-ying in Hong Kong on January 1, 2013 (AFP Photo / Antony
Dickson)
Tens of Thousands march in rival protests over Hong Kong’s leader (PHOTOS) — RT.

Enter your email address to subscribe to this blog and receive notifications of new posts by email.

OUT OF MIND » ARCHIVES OF SCAMMERS & SHYSTERS NO LONGER RELEVANT. IGNORE THEM AND MAYBE THEY WILL GO AWAY.. » ITTCS & KEVIN ANNETT » Tens of Thousands march in rival protests over Hong Kong’s leader